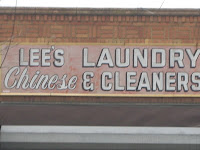 It is Pearl Harbor Day (Dec. 7) and I am dropping a few bombs of my own.

This is the day I announce to Project Laundry List and my friends in politics in the Granite State that I am moving to Manchuria. Wikipedia reminds us, "Without occupying Manchuria, the Japanese probably could not have carried out their plan for conquest over Southeast Asia or taken the risk to attack Pearl Harbor on the 7th of December, 1941." I will teach at Perfect English for a year, where I plan to learn some Mandarin, eat lots of great food, and explore as much of the country as I can on a limited budget.

Specifically, I am going to Changchun, the capital of Jilin Province and the "motor city" of China. Changchun is the largest city of Jilin province, located in the northeast of the People's Republic of China, in the center of the Songliao Plain. It is administered as a sub-provincial city with a population of about 7.5 million under its jurisdiction, including counties and county-level cities. The name, which means "Long Spring", originated from the Jurchen language. That is a bit of a misnomer, though. With a January mean temperature of −15.1 °C (4.8 °F), the fall and spring are short transitional periods.

God willing and the creek don't rise, I will arrive at the end of Chinese New Year celebrations and will begin work on St. Valentine's Day (Feb. 14).


We Live In Interesting Times

The nephew of George C. Lee, III, who, in 1952, gave his life for his country as a first lieutenant in the United States Marine Corps, I am picking an exciting time to spend a year in this part of the Waking Green Dragon. As I write this, allies of South Korea are pressuring China to warn North Korea and the ICC begins a look into the N. Korea attack.

It was a Washington Post story by Keith B. Richburg that first got me thinking about China and its relationship with my life work. I read James Fallows in The Atlantic Monthly religiously and my dear friend, Rep. Christine Hamm of Hopkinton, has filled my head with stories of her son, who lives in Beijing and is married to the daughter of the head of Goldman Sachs China. Their website reports:

China is changing fast in many ways. Goldman Sachs is working with the Chinese government on regulation issues, helping to lay the groundwork for the opportunities of today as well as tomorrow.

As I write, my most dashing second cousin, George Lee, who works for Goldman Sachs himself, is en route to China for business meetings. I look forward to an exciting year of networking and exploring the Waking Green Dragon.
Posted by 李喆老师 Alexander Lee at 6:00 AM