On Monday, Deborah and I went to the China Tea Expo at the Beijing Agricultural Expo Center, not far from our home. Having not had breakfast, we asked a nice woman from Yunnan, who had just been at the tea expo I went to in Changchun in September, about where to find some food. She gave us six bao zi (three apiece) and then sat us down at her tea table. Kindly, she offered to warm them up in her tea cup cleaning tool so we re-steamed them perched upon the bottom of upturned cups in a basin of boiling water. 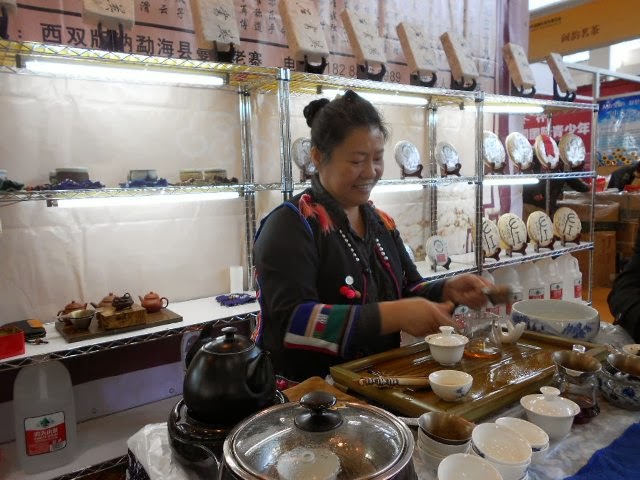 After learning quite a bit from her, we were asked, of course, to buy something. I knew this was coming, but her tea was very expensive. We escaped with 150RMB of gold-foil wrapped cooked puerh. After leaving the consumed tea in the urinal (pardon me for sharing this detail, but see the picture below), we proceeded to the subway station. 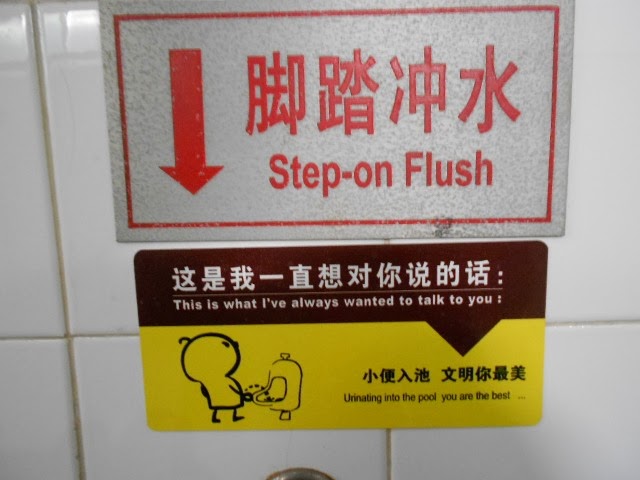 More than an hour and a half later, we were back at the Beijing Botanical Gardens. I was anxious to see the inside of the world's largest, purportedly, conservatory. Deborah and I wended our way through each of the different major sections--a rain forest, a desert, an orchid zone. 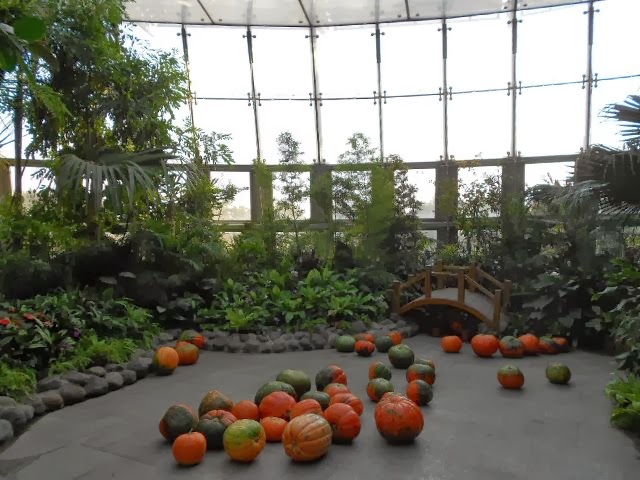 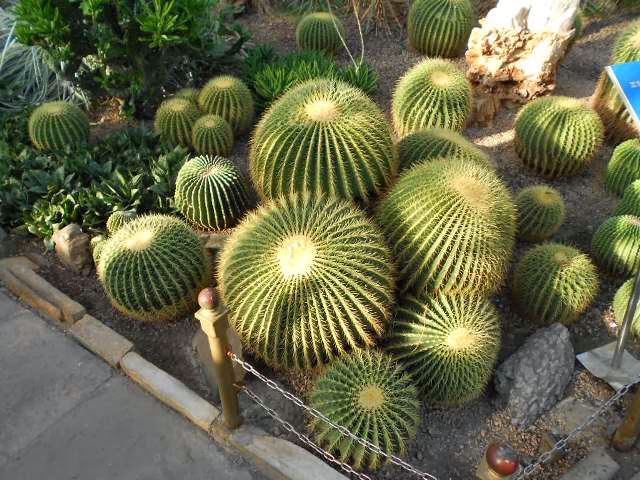 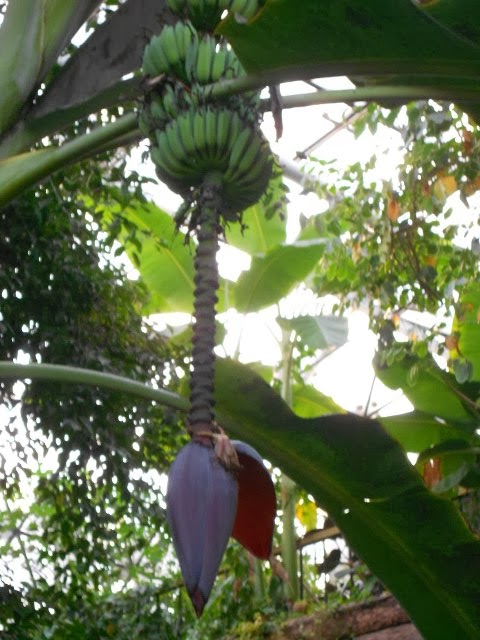 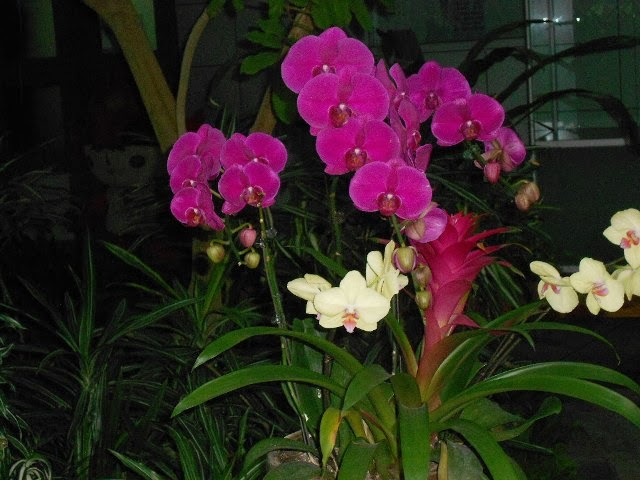 It was a magnificent air day. You could vaguely smell the smoke from farmer's burning their fields, but the blue sky was a welcome sight. 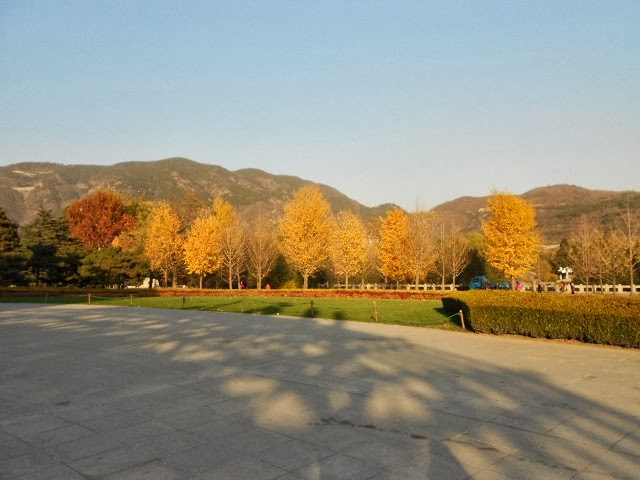 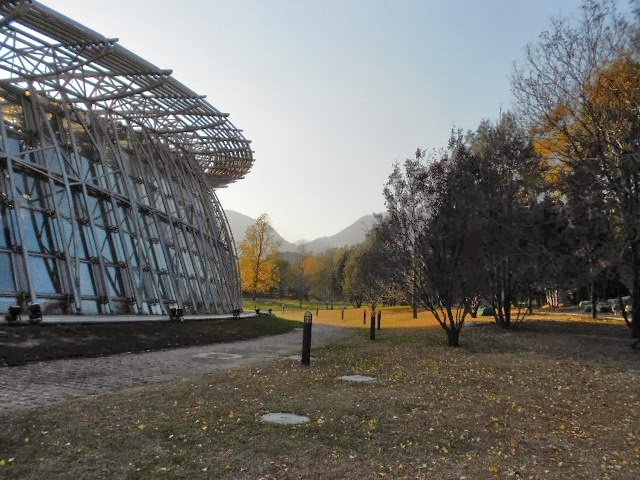 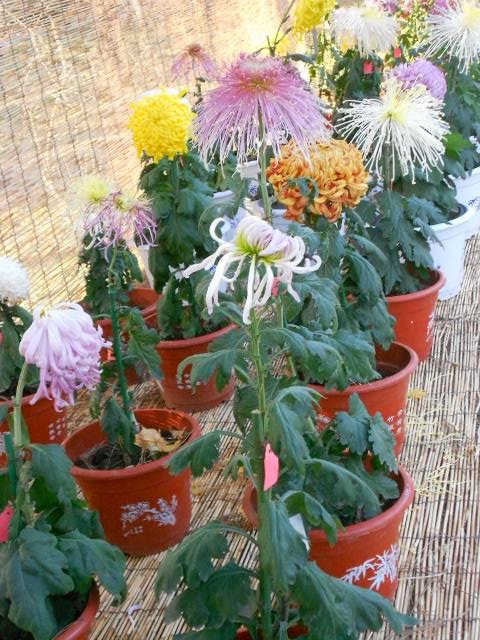 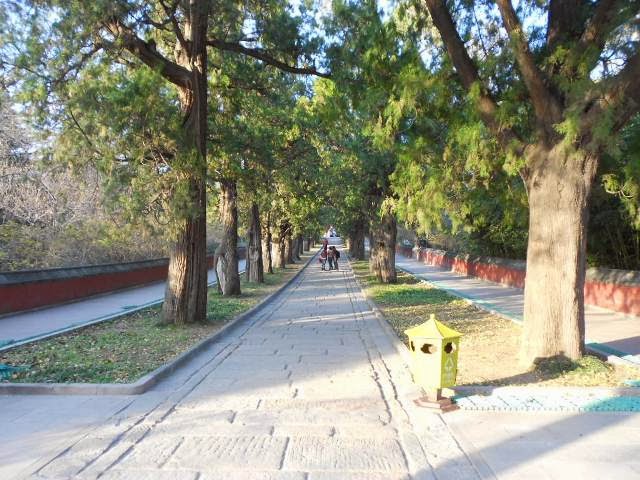 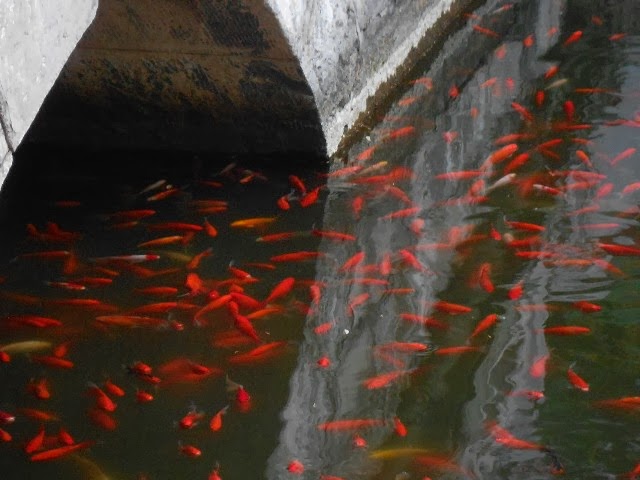 Posted by 李喆老师 Alexander Lee at 11:28 AM No comments:

"You Gotta Die of Something"

Encyclopedia Britannica states that incense was employed to counteract disagreeable odors, drive away demons, manifest the presence of gods, and to gratify gods. Incense burning has been practiced for centuries. Early Christian churches used incense in the Eucharistic ceremony, in which it symbolized the ascent of the prayers of the faithful and the merits of the saints. Later, incense was employed sporadically in the Church of England. Elsewhere in both Eastern and Western Catholic Christendom, its use during divine worship and during processions has been continuous [1].

There is a little bit of medical data out there on the web about particles emitted by incense. The conclusion of one study was, "When considering the worldwide prevalence of incense burning and resulting high respiratory exposures, the oxygenated organics identified in this study have significant human health implications, especially for susceptible populations." [2] A second, earlier study concluded, "The particles emitted in a domestic environment by a source of moderate intensity such as burning incense disperse throughout the house, even in rooms with closed doors and in rooms as far away as the next floor. This dispersion has significant implications in terms of evaluating human indoor exposure to fine and ultrafine particles." [3]

The consensus seems to be that it is not healthy. The following abstract offers a good overview:


In Asian countries where Buddhism and Taoism are mainstream religions, incense burning is a daily practice. A typical composition of stick incense consists of 21% (by weight) of herbal and wood powder, 35% of fragrance material, 11% of adhesive powder, and 33% of bamboo stick. Incense smoke (fumes) contains particulate matter (PM), gas products and many organic compounds. On average, incense burning produces particulates greater than 45 mg/g burned as compared to 10 mg/g burned for cigarettes. The gas products from burning incense include CO, CO2, NO2, SO2, and others. Incense burning also produces volatile organic compounds, such as benzene, toluene, and xylenes, as well as aldehydes and polycyclic aromatic hydrocarbons (PAHs). The air pollution in and around various temples has been documented to have harmful effects on health. When incense smoke pollutants are inhaled, they cause respiratory system dysfunction. Incense smoke is a risk factor for elevated cord blood IgE levels and has been indicated to cause allergic contact dermatitis. Incense smoke also has been associated with neoplasm and extracts of particulate matter from incense smoke are found to be mutagenic in the Ames Salmonella test with TA98 and activation. In order to prevent airway disease and other health problem, it is advisable that people should reduce the exposure time when they worship at the temple with heavy incense smokes, and ventilate their house when they burn incense at home. [4]

"You gotta die of something" was probably the glib response of some friend who was the object of my concern for smoking cigarettes. It is my response generally to the affliction of living in urban China. I don't own a mask, but I still inhale. They say, as I have reported previously, that a bad air day here in the capital is equivalent to smoking a pack-a-day of cigarettes. Never having smoked a cigarette or even put one to my lips, I am still fairly sure that experience would be preferable to getting my quotient of smoke from tailpipes and smokestacks. That said, I suppose I am just catching up with the nicotine addicts. I fear (deeply) that stressing out about the air is likely to contribute to my demise just as quickly as the particles themselves so I have adopted a laissez faire approach as best I can. Let it kill me, something will eventually.

Now, some might think education has little purpose if even one of their most environmentally-educated friends is not smart enough to don protection, so to speak. In fact, I am very concerned about climate change and air pollution (and over-population, if your thoughts went there), but when I asked the purveyors of the parts to a do-it-yourself air-purifying kit if they had measured the macro-costs of their tool, I was placated with, "What a great idea! We will have to look into that." I am concerned that if we all run air purifiers that run on electricity generated from coal, we will only make things worse. If we all fill the landfills with disposable masks, it won't be long before we are buried in a sea of them. If we try to cool the houses and stores of Beijing with air-conditioning, we will continue to increase the number of unbearably hot days. Accepting some level of suffering now so that more people do not need to suffer later seems like the right thing to do.

A degree of cynicism coupled with a healthy disdain for technological progress probably makes me more curmudgeonly than Wendell Berry, but I think we should not be afraid to ask deep questions about emerging, flash-in-the pan whiz-bangery, such as Superpedestrian's new project. Do we really need a better bicycle? I still sweat on an electric bike. What problem does this really solve and even if it solves my problem, does it solve a larger problem? Not if I am still going to own a Prius and the bicycle, too.

Well, I am concerned about PM 2.5, but I sure would like to find a good game of kodo...and those bikes do look like fun...so I will stop this train of thought about how to be holy in an age of consumption. Cough.