In Shenyang, on Sunday, my sweetheart and I went to Mass for my first time since coming to the Middle Kingdom and her first time ever. I have mixed feelings about the affair. It was sweltering hot. We showed up at 11AM for the 11:30AM English Mass and a rather unfriendly Chinese woman chased us away, telling us to come back at 2pm. She must have thought I was Korean (though I did not tell her my last name), because the 2PM Mass was for Koreans and neither my fluent Chinese girlfriend nor this fluent English speaker understood a single spoken word. Nevertheless, the order of the mass is such that I could follow most of it.

They counted out the right number of the hosts by having those taking communion raise their hands prior to the Mass.We held hands during the Lord's Prayer, which was sung, and bowed to one another during the passing of the peace.

The Sacred Heart Cathedral of Shenyang is a Roman Catholic cathedral in Shenyang, Liaoning Province, China. It is commonly called Nanguan Catholic Church. The bishop of Shenyang Diocese resides here. In 2006 the Vatican agreed to Paul Pei (Pei Jun Min) being installed as the Bishop of Shenyang. 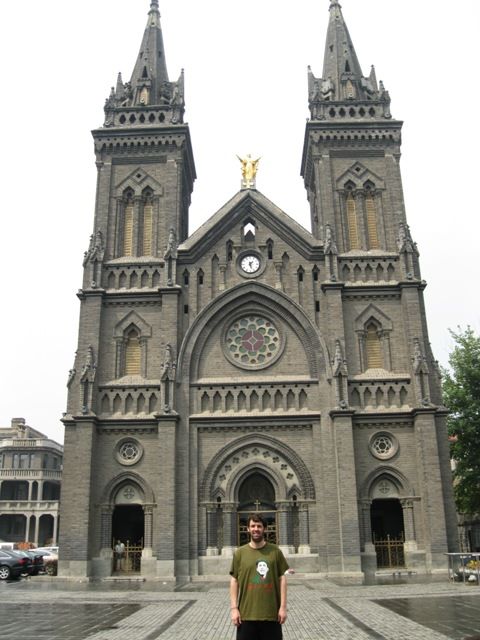 There were five or six couples there in formal, Western-style wedding garb for photographs despite the wet weather. I posed as a bride here: 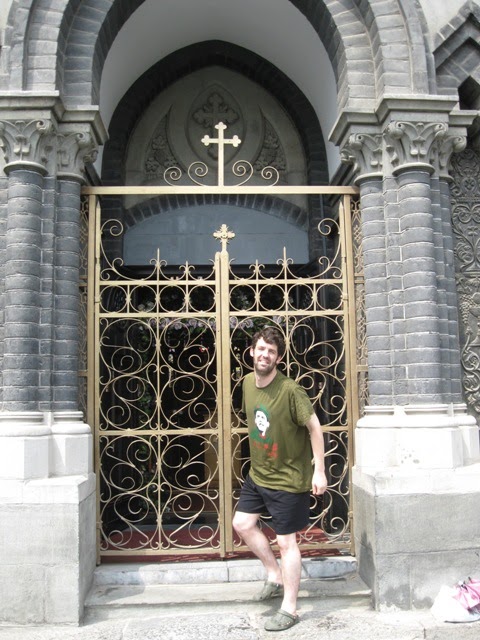