Hangzhou Below and West Lake, too

You may remember from an earlier post that the Chinese have an expression, "Heaven above, Suzhou and Hangzhou below." I cannot disagree. A year ago, I caught a small glimpse of Suzhou, but this year over the May holiday (now three weeks ago!), I went to Hangzhou. I am finally getting around to writing about it.


It is a marvelous city, though hot and humid for most of three seasons and bone-chillingly cold in the winter. The weather was perfect for a walk around the West Lake (Xi Hu). The views of the Leifeng Pagoda were breathtaking and this picture does no justice. 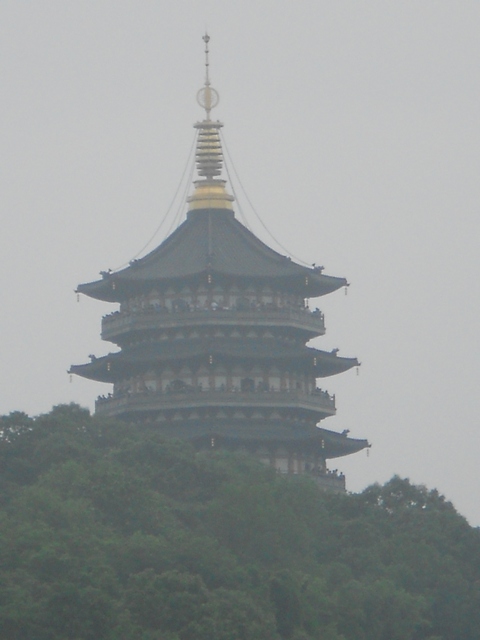 There were hundreds of boats available. It was pretty penny to take a ride in one of these man-powered ones so we took a bigger motor boat. 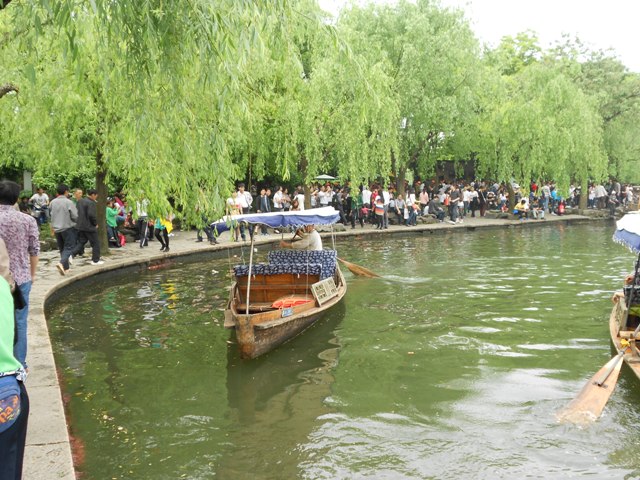 The iconic location that the poet Su Shi created to keep people from planting water lilies or lotuses in a certain area is marked by three stone markers that anybody who has been to China will recognize from the flip-side of the one yuan note. 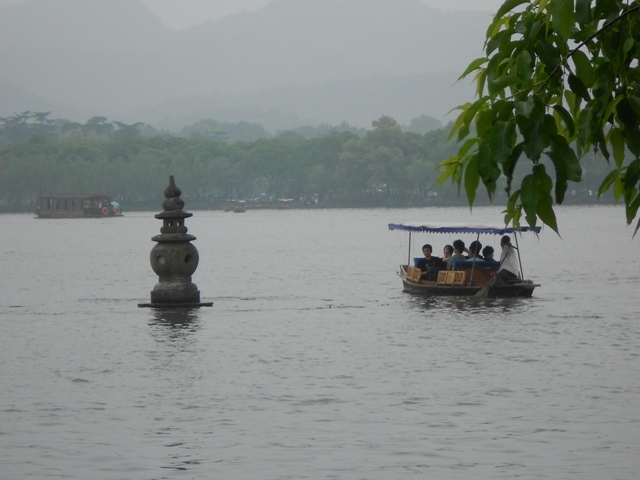 This interesting sculpture was constantly over-run by tourists waiting their turn for a picture. 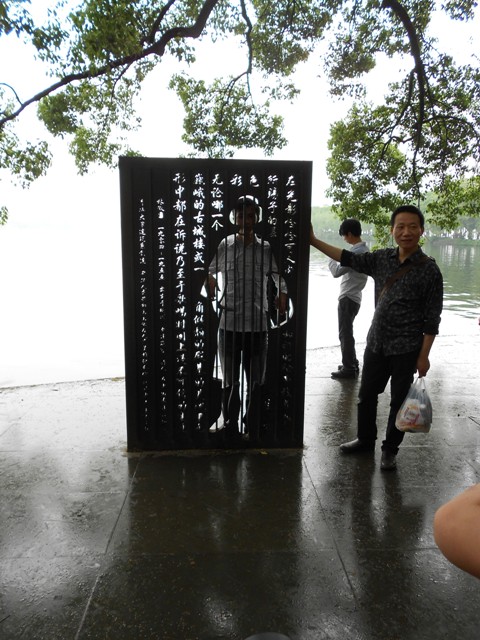 Actually, if you want to see a lot of people, head to West Lake on a holiday weekend. As far as the eye can see along the causeway, it is shoulder-to-shoulder. 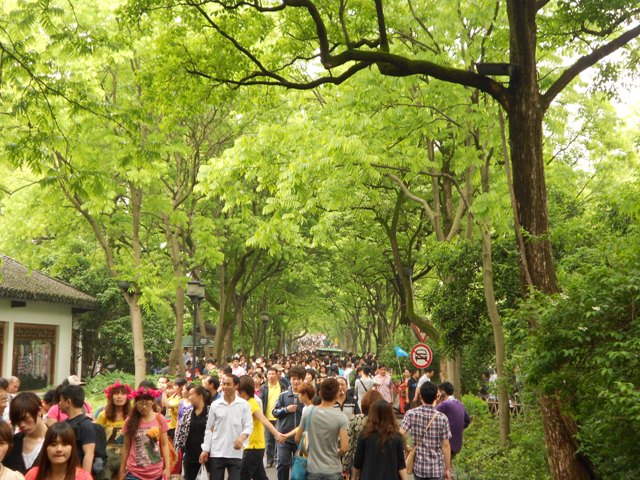 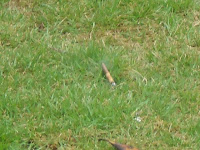 One of the most infuriating things that I saw was an ignoramus throw his lit cigarette at a peacock to force it to display. It took two doves of peace to succeed at this effort, though. I shot some video and wish that I had taken more close-ups of this regal bird. 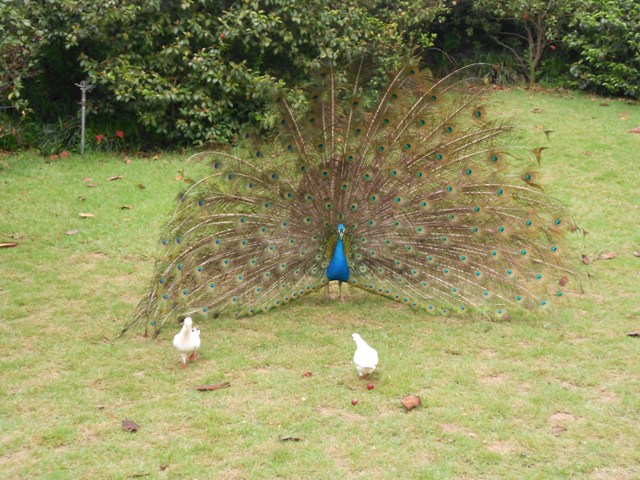 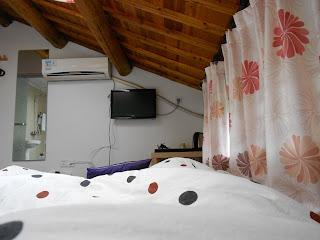 The hostel where we stayed for our second night was delightful; out of the hubbub, but near everything. The staff were friendly and helpful. There were old buses with rigid wooden seats that had been modernized slightly, but still had English buttons that said "Retarder Dash." I don't know why that amused me. Maybe somebody who knows something about cars can edify me about what this button does. 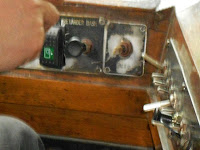 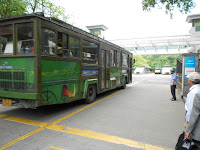 Instead of going to the Leifeng Pagoda, we went, on the recommendation of a local denizen, to the ancient Lingyin Temple. You should read about it. Some of the most amazing sites were not photographable...unless I wanted to act like dozens of disrespectful Chinese tourists, who had their flashes flashing inside the five great halls. 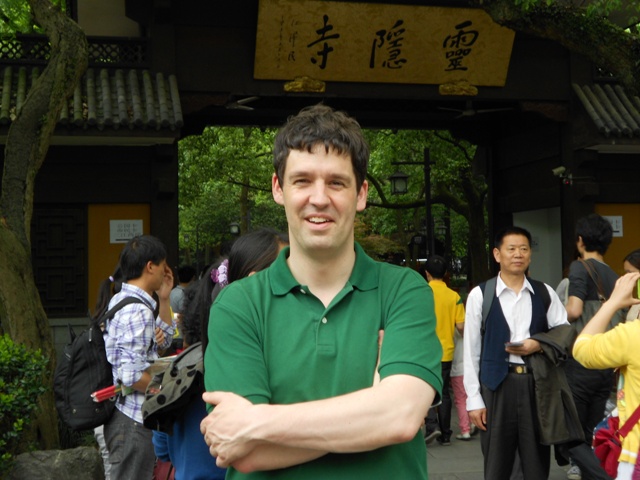 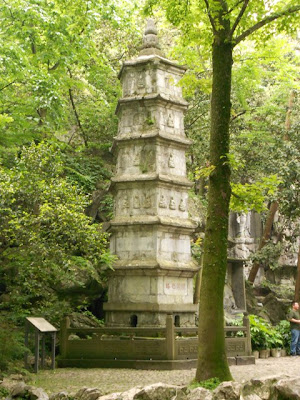 There were a lot of really ancient things here. This Lingjiu Pagoda seemed to be among them. Master Hui Li is said to be buried beneath it. He was the founder of Lingyin Temple. It is the only pagoda in Hangzhou that can be traced back to the Ming Dynasty. It is hexagonal and seven stories tall.

There were fantastic laughing Buddhas and beautiful meditating Buddhas. 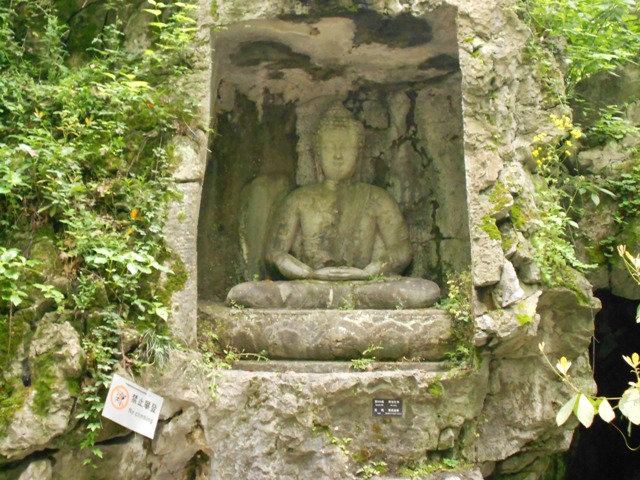 Please enjoy these pictures and let me know if you have questions about Lingyin Temple or Hangzhou. 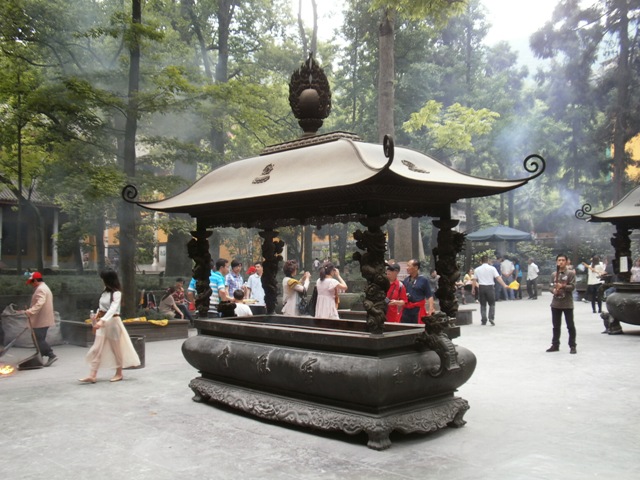 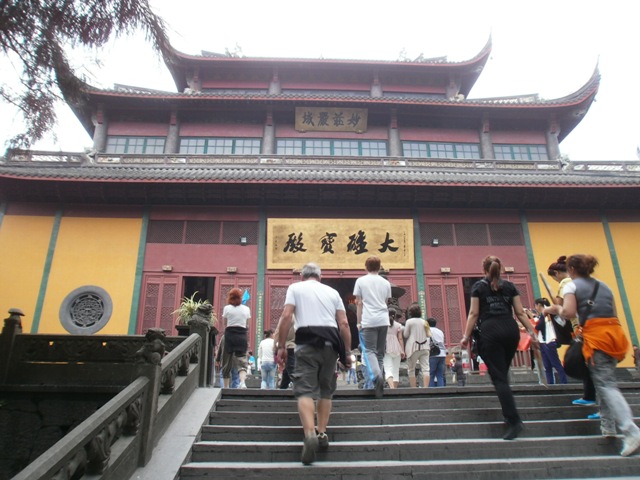 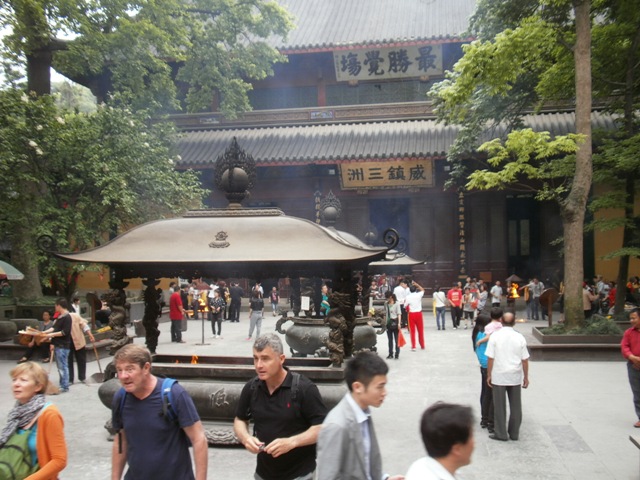 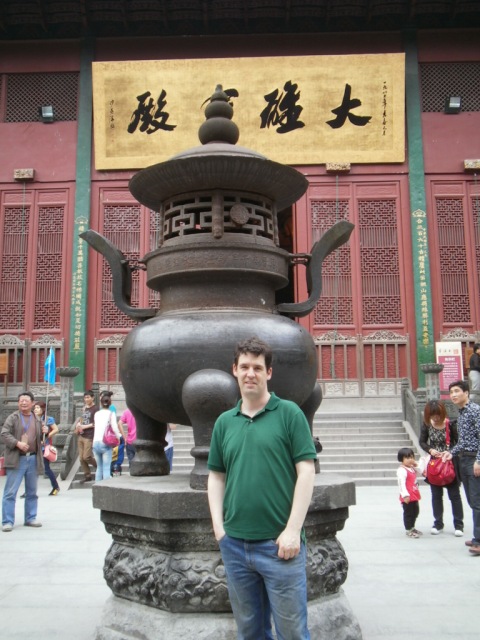 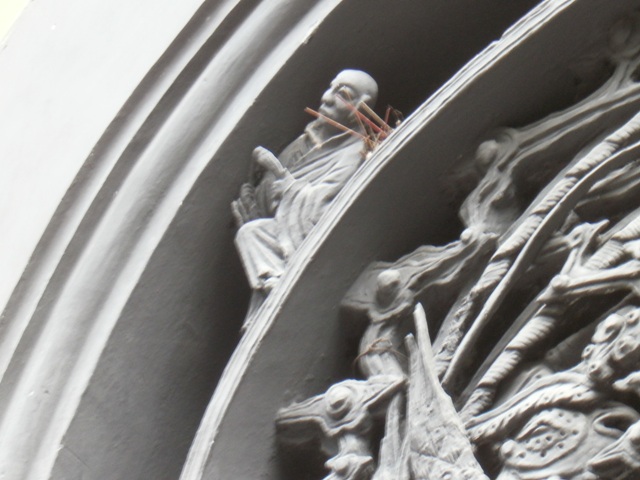 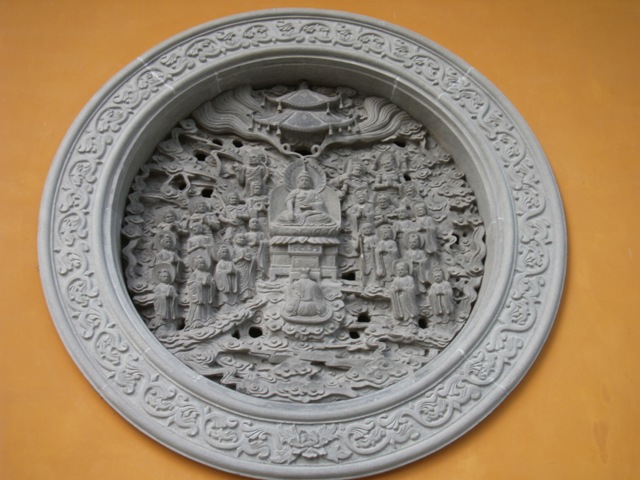 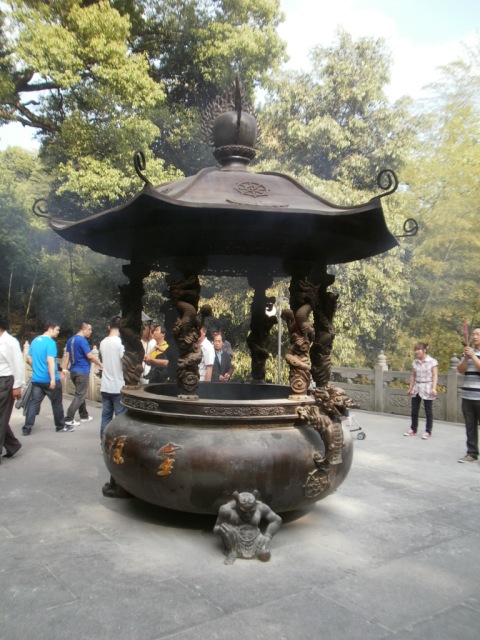 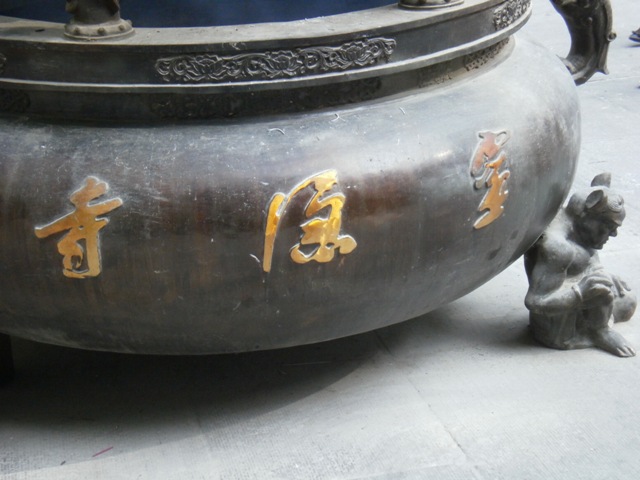