For the Gorgeous San Xia!

I bought a book: The Magnificent Three Gorges Project. It was 120RMB with ten postcards thrown in for free. It is in dreadful Chinglish and the preface, signed by "Editors", concludes with:
This chant should give you a sense of the book's perspective. There is even a section on how the dam is ready for the "menace of war." The book opens with the magnificent Mao Zedong's magnificent poem, called "Swimming" scrawled in his magnificent calligraphy.

In 1956, the year my nearly eighty year-old father graduated from Harvard ("tough as nails, hard a bricks"), Mao is said to have offered a blueprint for the project, but the people of the Yangtze River valley would need to wait until 1992 for the National People's Congress to resolve that it should be constructed. Even Sun Yat-sen had designs on tapping the power of China's greatest river.

Lonely Planet, among other unreliable sources, contends that it is the largest dam in the world. By only one measure is it so. It has the world's largest instantaneous generating capacity (22,500 MW), with the Itaipu dam in Brazil/Paraguay in second place (14,000 MW). The highest dam is an earthen embankment type dam of 300 M in Tajikistan. Hirakud Dam in Orissa, India, is the longest in the world. It is 26 km or 16 miles long. Also, the Afsluitdijk in the Netherlands, build between 1927 and 1932, is 30 km long [32.5 km if you take the parts on land into account]. It divides the Zuiderzee [now called IJsselmeer] and the Waddenzee so it is really a dam, not a dijk.

It is not the largest lock in the world, either. It takes about 40 minutes to go through each of the five steps. This picture shows the second set of doors closing aft of the Princess Jeannie (our cruise ship), followed by a picture taken several minutes later that shows how it drains. 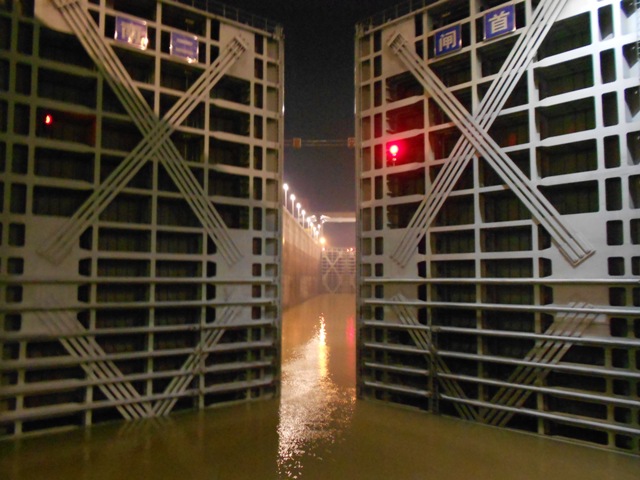 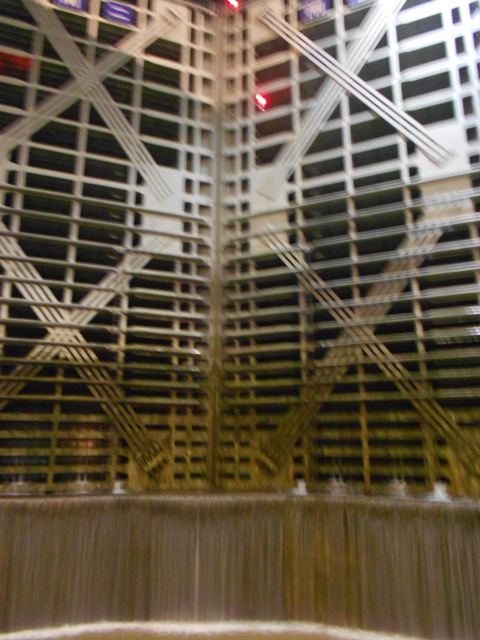 Of course, the beautiful parts of the Three Gorges are what remains of the natural environment. 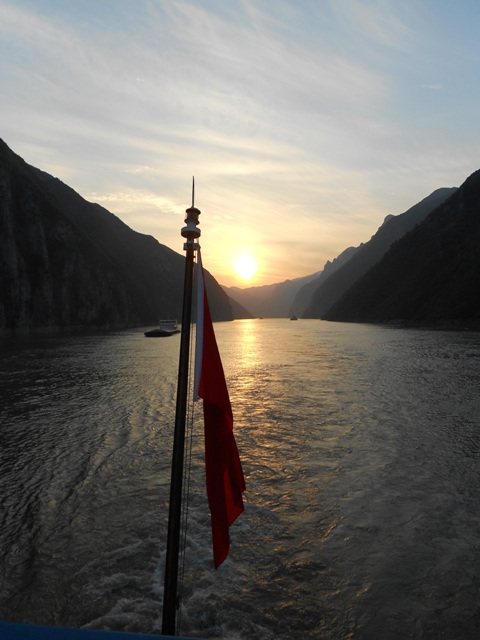 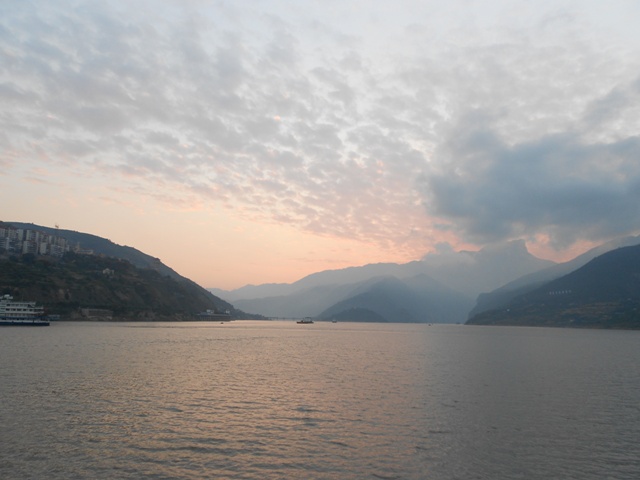 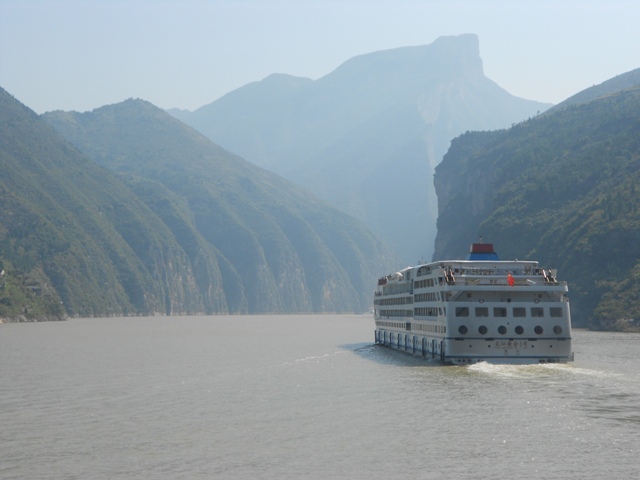 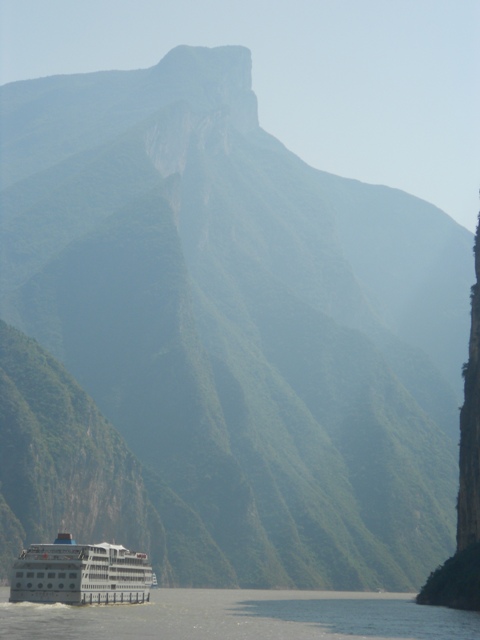 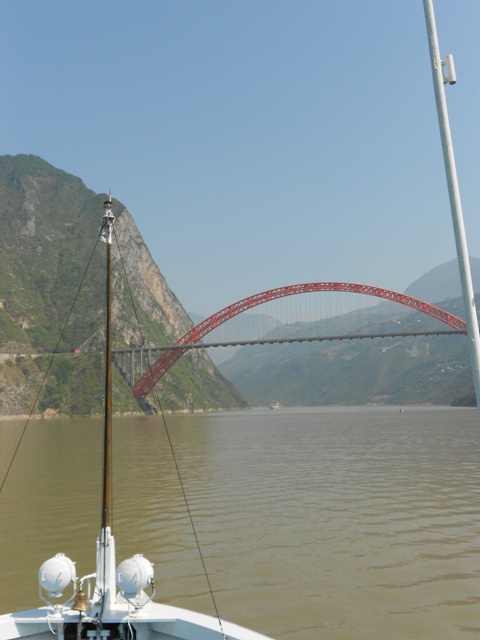 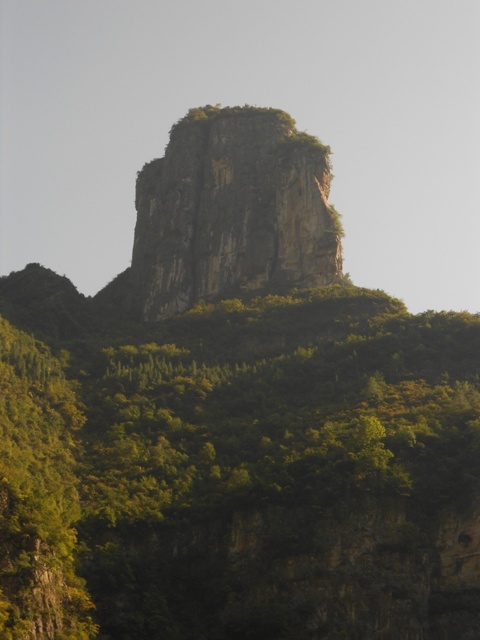 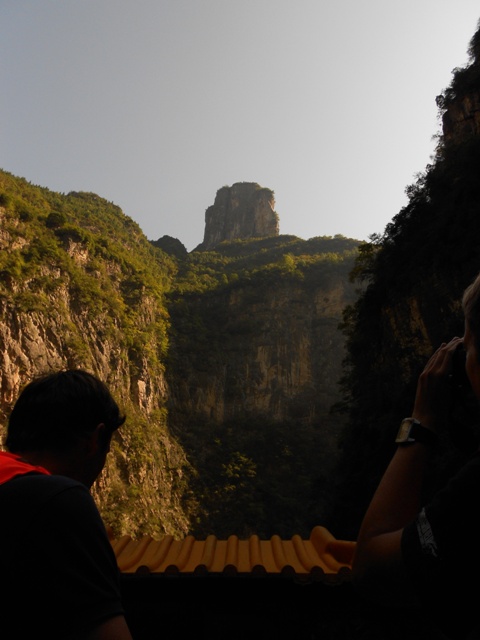 Posted by 李喆老师 Alexander Lee at 11:47 AM