This post has some words that may not please your mother so be forewarned.

A lot has happened since I last updated you. Instead of going on the Chinese tour that left at 4PM on Saturday, I joined a 4-Star international tour which departed at 10PM after a 6:30PM boarding call. When I spoke to the necessary middleman who books tours for Tina's Hostel, I was already in the car sitting in the backseat. He did what so many of us do and started calling or texting and crashed the car! I think I am alright, but had a doozie of a headache till bedtime. We did not get hit from behind luckily, but he did serious cosmetic damage and destroyed at least a tire and probably a rim. Unfortunately, he did not know how to change a tire so yours truly did it. We hoisted the spare out of the boot and stayed in the left fucking lane, despite a municipal employee who stopped in his street-sweeper to say we should move over to the breakdown in front of two large trucks that were parked there. We were so close to the curb (perhaps a centimeter or two more than the width of the tire) that we could not turn the jack handle properly and the whole process took a long time, but just as I tightened the lug nuts, his friend showed up. He drove us to the headquarters where the bargaining commenced. I talked them down from 3000 to 2000RMB for this tour, which fulfills a life-long dream of mine, but I still think that I was ripped off. 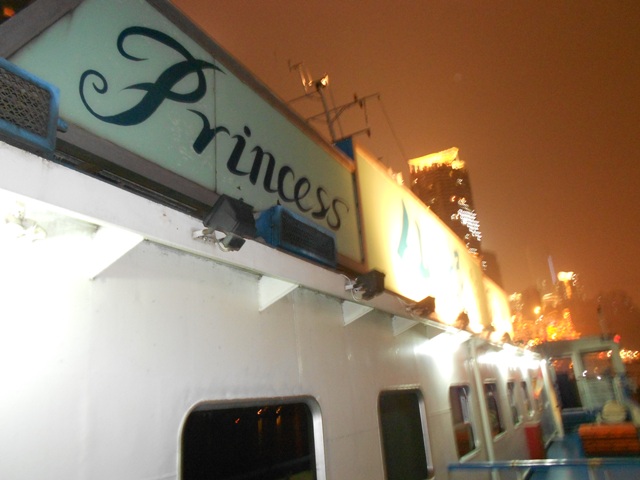 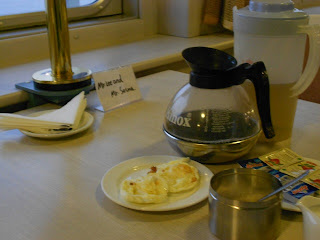 Amusingly, aside from a group of eight German undergraduates ranging in age from 22 to 24 or so, the only other waiguoren is from Spain. Accompanying the Germans is a Swede; they are all international law students in Beijing. Mr. Sesma, the Spaniard, and Mr. Lee share a table for two (the only occupied table for two) in the dining room that is located right where everybody must parade past. It is embarrassing!

It is the Golden Week or combined holiday of Mid-Autumn Festival, which fell on September 30 this year, and National Day. Mid-Autumn Festival is a celebration of the moon commemorated by the re-telling of the story of Chang'an and by eating moon cakes. I snapped this photograph of the moon on October 1st, as it was going down in the morning. 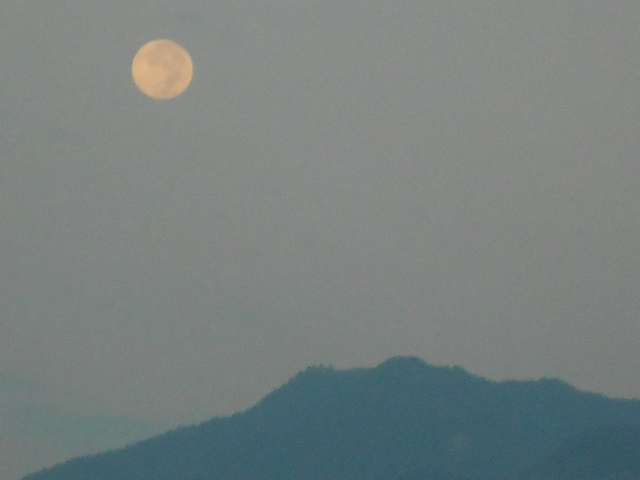 The meals on board ship are excellent and we even had a half mooncake each for supper last evening. (Riddle me this: Are you supposed to wait two weeks to eat half a mooncake or should it have been eaten two weeks ago?)

My cabin is lovely and bigger than the hotel room that I occupied in Narita, Japan, care of Continental Airlines. Unfortunately, the air does not turn off, but I have a port-side window on the fourth deck. The game room and bar is ten steps from my door, but the majong and smoking stops at midnight so the noise does not keep me up. My preference is to descend to the third deck and enjoy some local tea from the Three Gorges region.

We are parked in a port now so that those who want to pay 270RMB can see the White Emperor City. I debarked and bought some tea, some Sichuan spices, and a jar of red pepper for my girlfriend, having bought a grab bag of special Sichuan and Chongqing culinary delights yesterday, when I went to the China Three Gorges Museum. That museum is excellent and free with numerous, diverse exhibits!

I really enjoyed the section of the museum dedicated to the disrupted ecology of the Three Gorges region, but the signage was over the top. One wonders if Hydro-Quebec is so bold in making claims about the improvement of Cree lives from relocation.


Other parts of the museum were also interesting. I skipped only the exhibit on ancient Chinese money, because it seems to recur in various forms at all provincial museums. There were the sort of Madame Tussaud-meets-Sturbridge Village manikins engaged in all sorts of ancient crafts, which I saw in Shanghai last May. One was doing the laundry! 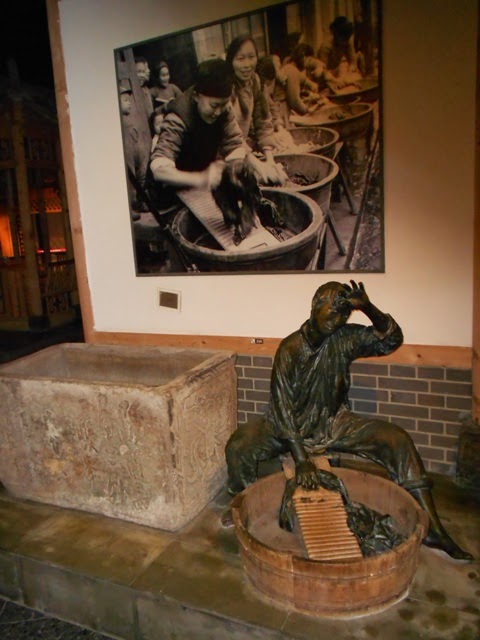 The museum is located right across from the large assembly hall for which I paid 10RMB to gain entry. One can imagine Deng Xiaoping, Zhou Enlai or even Bo Xilai striding out on to the stage to whip up a packed house. It is an amalgamation of ancient Chinese architecture and the modern penchant for making everything out of scale. 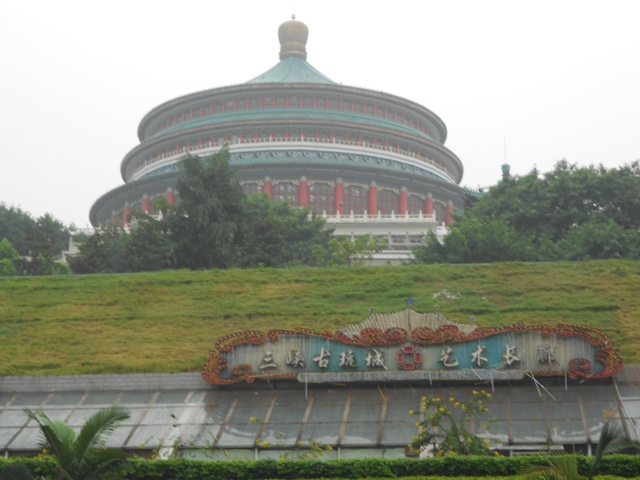 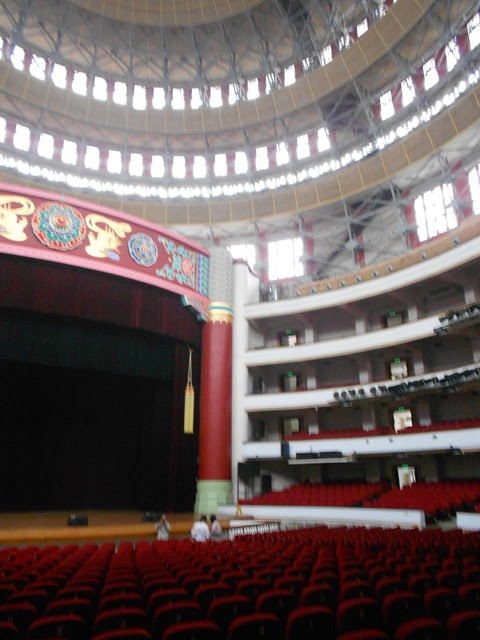 Posted by 李喆老师 Alexander Lee at 8:01 AM