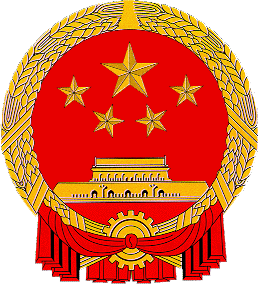 250 million people moving to the city

Yesterday, I took my bicycle--that ancient vestige of Chinese civilization--and pedaled far out Renmin Dajie (People's Avenue), which is the main thoroughfare of Changchun. After I passed a major traffic detour, because they are building a subway here and Weixing Guangchang (Satellite Square) needed to be closed for major earth-moving equipment, I got to an area with some tremendous new governmental buildings, easily identified by the Chinese government's ubiquitous seal. For instance, one of them is 40,000 sq meters, or more than 120,000 sq. feet. It won first place international from Albert Speer and Partners the German architect and urban planning firm. Speer, Jr. is son of Albert Speer (1905-1981), who was Adolf Hitler's chief architect before assuming the office of Minister of Armaments and War Production for the Third Reich during World War II. His grandfather, Albert Friedrich Speer, was also an architect. DW Staff (jp) (20 April 2004). "Architect Sheds Father's Legacy in China". dw-world.de. Deutsche Welle. Retrieved 6 January 2012.

While these buildings are awesome in their scale and architectural design, it was the new park alongside that I discovered which I found most delightful. Then I pedaled out behind the building and discovered a new section of the city. A new red-and-white striped power plant chimney has sprouted among more than two dozen 17-story apartment buildings under construction. This is the pace of growth in China.

This morning in the Old Grey Lady there was a piece by Ian Johnson about the magnitude of China's social engineering experiment. The cutesy video about how many cities you would need to encompass to equal 250,000,000 people is also worth comprehending, though (if you will indulge me to fall into the role of film critic) a bit tedious to watch all the way through. The article states, "In theory, new urbanites mean vast new opportunities for construction companies, public transportation, utilities and appliance makers, and a break from the cycle of farmers consuming only what they produce." [my emphasis] This is terrifying, but I fail to see how this is "in theory"; the experiment has already commenced on a gargantuan, irreversible scale. Does Haier want to conspire with State Grid to make sure there is an AC unit in very window in addition to a chicken in every pot? You bet.

James' troubling response in the comments on the article is typical of many Chinese with whom I speak:


I couldn't imagine how accurate the report of NY times can be before I read this article.Well,I in fact have been in China for 19 years,and that's my age.I have see many things that those farmers have experienced. Personally speaking, China need to develop, there is no question about it ,but sometimes(maybe most times)the approach is not that appropriate, I mean ,too fast.Besides,I wanna say sth about the image of China,it seems that in many people's eyes,China is a typical tyranny country.but most times,people live in China don't need to involve with government officials. I mean you can have a peaceful life without others give you troubles.After all,everybody get his own business to do,who care so much about government?And the government also don't have so much time to tell you what you should do or not,.

The first part, where he allows himself to be a bit critical, I can accept. The second section, where he defends the "typical tyranny" is what concerns me. There is a more elegant proverb--four characters in length--that states the precept that "James" posits:  天高皇帝远 or "Heaven is high, but the Emperor is far away." This widely-held belief (in some circles) is today, in fact, a figment of the bourgeoisie's mythology. For most of the hundreds of thousands of farmers who are "still excluded from national pension plans, putting pressure on relatives to provide" the reality of the government's sins of omission are perhaps more real than their sins of commission, but this sort of apathetic response is the deepest form of cynical disengagement from the meaningful processes of change.

A caption on one of the 16 photos that accompanied the article said, matter-of-factly, "Rural workers gathered in Chongqing in search of jobs as chefs. The cooks say that when they can get a job, they earn $325 to $1,100 a month, a huge improvement over tilling the fields." From my ivory tower, getting paid about a $1000 USD/month myself as a mere knowledge worker, I wonder if an increase in wages is equal to an improvement in life. I will let readers draw their own conclusions. The other question, though, is how many of the men squatting on this curbside will actually get a job as a chef and is what they project to be their salary (a huge range, by the way) representative of most chef jobs? Does $1,100 USD in Shanghai get you as far as $325 in Changchun? The caption begs these questions.

In conclusion, I would agree with the article that what is happening certainly brings to mind the Great Leap Forward, but it has worrisome attributes that make it appear to be the Great Leapfrog Forward in that the leapers must crawl over other people's broken backs to get to the front of the line. And how do you win this game?
Posted by 李喆老师 Alexander Lee at 10:04 PM