Among the roughly 15 million people here, Catholics are said to number only around 60,000 and are served by four cathedrals (informally named for each of the cardinal directions).

Our bishop is one of the few recognized by both the Catholic Patriotic Association and the Vatican. His name is Joseph Li Shan and this is his seal:

Last Sunday, as I plan to do tomorrow, I attended Mass at St. Joseph's Cathedral, the second oldest Catholic church in Beijing--sometimes referred to as the East Cathedral. There is an English Mass at 4 PM. Here are a couple pictures from inside the sanctuary. 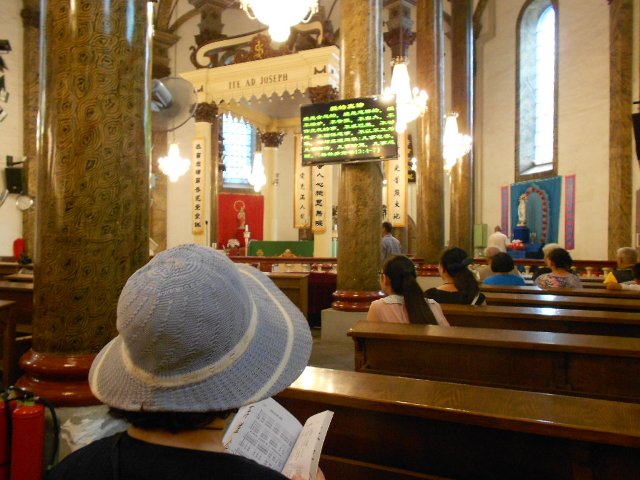 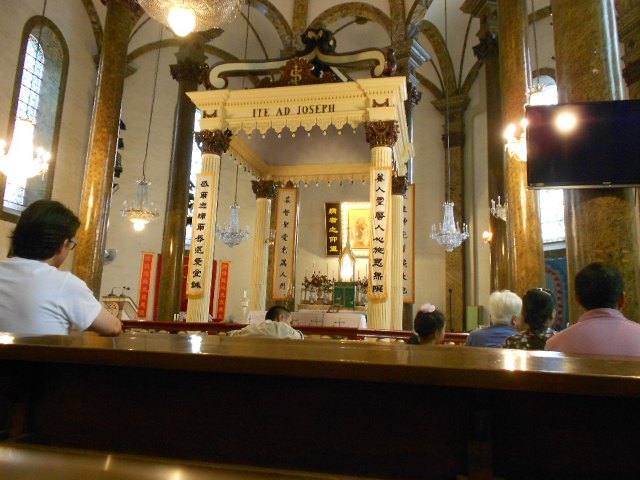 Posted by 李喆老师 Alexander Lee at 9:57 AM