Seventy-five years ago, a book about a small girl in China won the second ever Caldecott Medal, today widely regarded as the "Nobel" for illustrated children's literature. It is awarded annually by the Association for Library Service to Children, a division of the American Library Association (ALA), to the artist of the most distinguished American picture book for children.

The book was called Mei Li and was written and illustrated by Thomas Handforth. The first edition was published in New York by Doubleday, Doran & Co. in 1938. At that point, China was already overrun with Japanese invaders and Europe was bracing for war. The disputed "Rape of Nanjing" (about as disputed as the Holocaust) had taken place and there were executions happening as Kuomintang forces battled it out internally with the forces of Li Jingwei and Mao Zedong, as well as their common Japanese foes. It would not be until Pearl Harbor, on December 7, 1941--"a date that will live in infamy"--that the US forces would be fully engaged.

While Handforth was making children smile in this hard time with his handiwork, he was also documenting what was going on around him. Some of it was whimsical, such as the acrobats he captured in their gyrations. 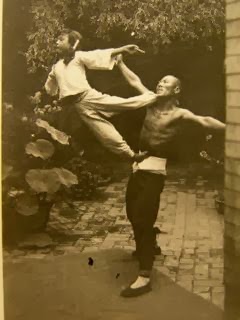 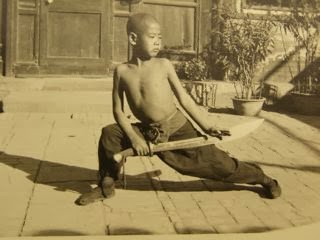 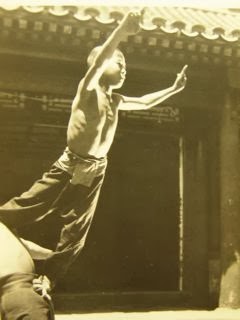 These, in turn, became images in the book. 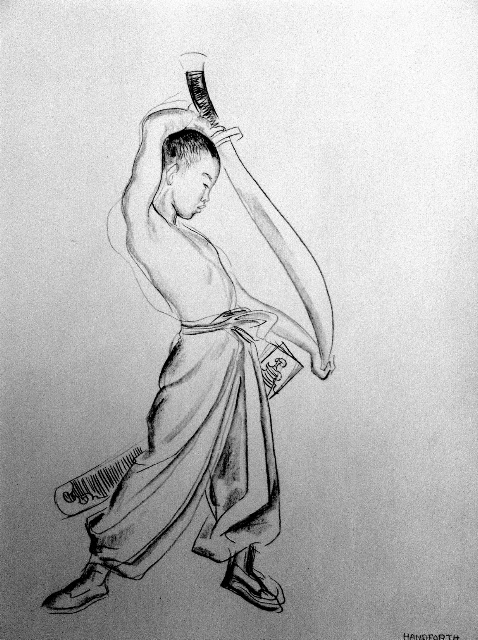 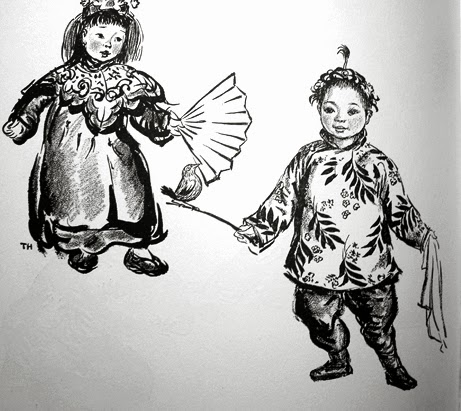 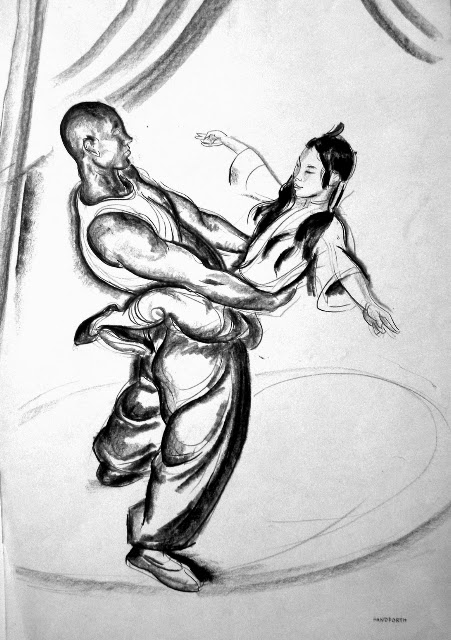 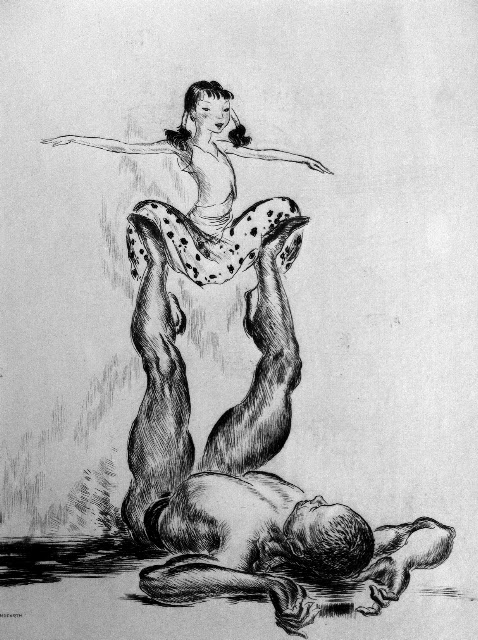 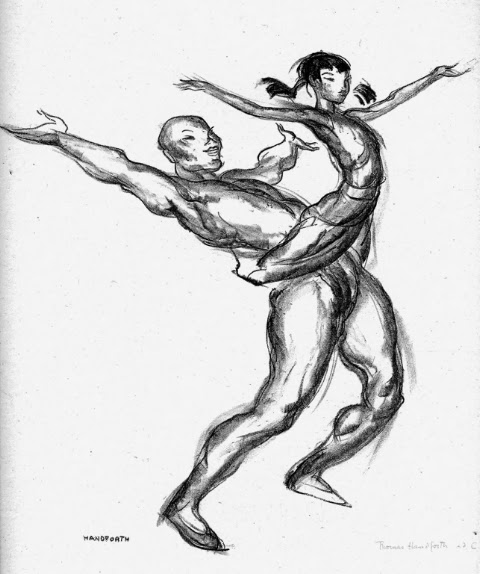 Some of his images were gruesome and depressing. He made a lithograph of an execution happening outside the walls, as well, which I shall not share here today.

Over the last few months, I have been fortunate to take up a correspondence with Peggy Hartzell, a Pennsylvania denizen who is the niece of Mr. Handforth. She is the source of all this wonderful information.

In a recent dispatch, she reports, "Connie Tan has been translating [the book] into Chinese. Her mother-in-law is Mei Li's older sister." Mei Li herself passed away about 15 years ago but one of her sisters is still alive and lives in China. Her son and daughter-in-law plan to visit her this fall. They live in California. 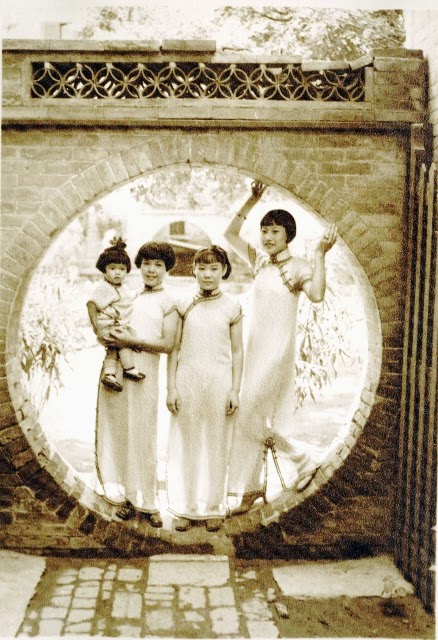 Peggy sent me more real pictures of the real Mei Li (being held on far left). The girl holding Mei Li is still alive, maybe living in Beijing. The girls were all adopted by Helen Burton. "I think the oldest daughter's mother lived and worked at Helen's home," explained Peggy.

Helen Burton ran the Camel's Bell Gift shop in the Peking hotel and was famous for her hospitality. Her guest book at the hotel has the signatures of every culturally-connected Westerner who passed through Peking in the 1930s. After she was captured by the Japanese and interred in Weihsien for two years she settled in Honolulu.

"Born in 1891 in North Dakota, her father and brother both rose in state politics. She wanted to venture off to exotic places. She wound up in Peiping looking for secretarial work and it turns out she was a bit of an artist and entrepreneur. It was not long before she started her shop with candy, clothing, art and gifts of her design that she arranged to be made by locals. People from all over the world stopped by and signed her guest book." (from an account on the web)

The artist and illustrator Tom, as Peggy refers to him, lived in Beijing. Below are pictures of his door as it was in the late part of the 1930s and as it is in this new millennium. 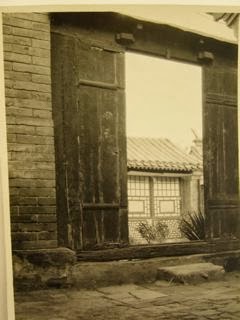 Then there is the door of Mei Li's house as depicted by Handforth's talented hand. Maybe this was the door of Helen Burton. (Doors had great significance in the Qing Dynasty. You could tell the class or rank of one who lived behind it by various attributes. The Beijing Planning Exhibition Hall has a great explanation, if you find yourself there, but it is beyond the scope of this post.) 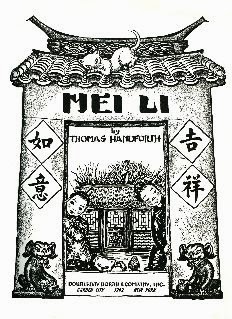 He was a gifted photographer and Peggy has shared with me a trove of his older photographs. Among the images she sent are two more of Mei Li. She writes, "[Here is] a photo of Mei Li with her book in hand and one about 60 years later with husband in hand. I heard that she gave one of her children to his brother who had none. Love how her smile is the same and that she didn't disappear during the Mao period." 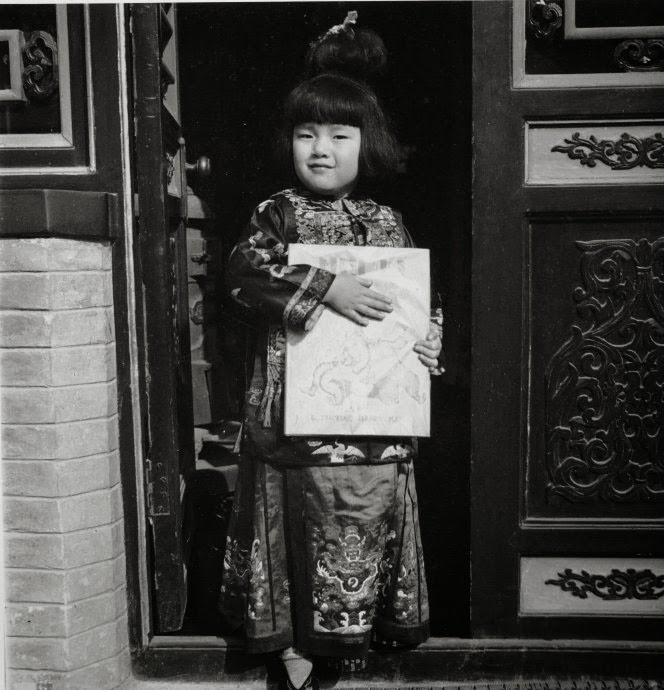 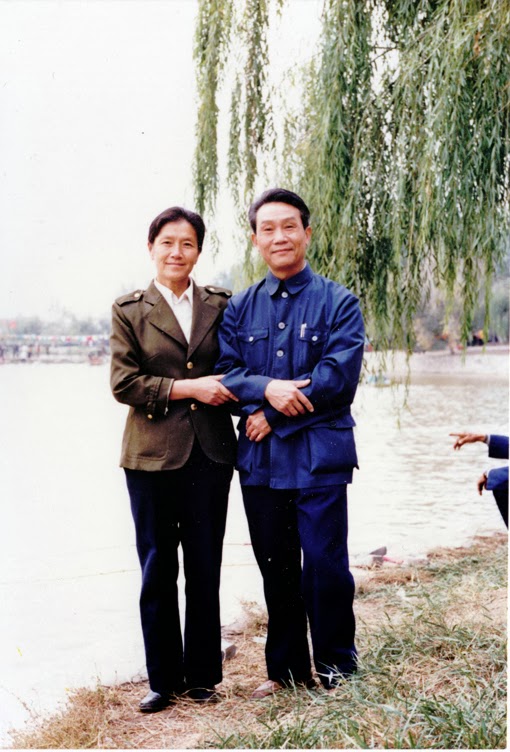