The Last Chapter of Part One

As many of you know, I am trying to write an historical novel while in China and am thus restricted to a baffling lack of access to information that I need. I am half-a-world away from the places, like the Massachusetts Historical Society and Phillips Library at the Peabody-Essex Museum, where I need to be...and Mr. Xi has not torn down the Great Firewall. In fact, he seems to be raising it higher even as he strengthens his navy, builds a new silk road or two, plays with sand castles, and swats at the never-ending parade of tigers and flies. 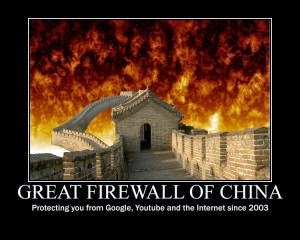 In the coming weeks, I will enroll in the Teacher Apprentice Program at Champlain College in Burlington, Vermont. Working at Mount Mansfield Union High School in Jericho, Vermont, I will assist a full-time teacher from August to March as I pursue certification as a public school social studies teacher. This may pave the way for my now nearly fifteen year old dream of returning to the right-side up state from the upside-down state of New Hampshire.

I gave New Oriental notice that I intend to be finished here by June 15. I will also give my last public presentation for Overseas Consulting, which has repeatedly bragged in written material, despite my protestations, that I attended "Philips [sic] Academy-Exeter" (which I did not) and where the director once introduced me as a graduate of Phillips Andover Academy (which I most certainly did not!). I will spend a couple more weeks teaching two hours away from my home, in the mountains to the northwest of Beijing. For six hours a day, I try to inculcate spoken English in the minds of some engineers and other project management staff, who build gas and oil pipelines for one of China's largest state-owned enterprises. Given that I believe digging up more fossil fuels is immoral, this has been a particularly "character-building" assignment.

I hope to travel in late June, perhaps seeing new parts of Yunnan; Shaolin Temple and Zhengzhou in Henan; Xiamen (Amoy), Fujian; and the grasslands of Inner Mongolia. Those two resources that control human movement, money and time, may make accomplishing all of these goals difficult, but this going to be the last chapter of my first major (four and a half year) stint in China. It will also be one of the last posts on this blog before I transition to a new blog. Announcement coming soon!

Returning to America does not preclude another long period in this marvelous land at some point later down the road. I have too many good friends here and there is so much more to see so I know this will not be good-bye. I made a trip last week to Changchun, where I spent 2.5 years of my Chinese adventure. I said some sad farewells and was loaded up with fresh tea by a former student is both an emergency room doctor and a tea store proprietor.

One of my American conservationist friends asked, "Are you seriously abandoning your legal skills to help fight the environmental crisis after living in the heart of the polluters for the last four years?!?!? Please make sure your teaching certification is for you to keep helping us fight!!!!!" While flattered by her confidence in me, I have to say that, in a world filled with more than one Sen. James Inhofe, fighting ignorance might be our last best hope and I really think there is no more admirable way to make a difference in our national fabric than to serve as a public school teacher of social studies with all that entails: civics, economics, US and world history, geography...and critical thinking.

It will be great to be near Burlington as the junior senator battles for the Presidential nomination of his party. Contrary to some people's misplaced confidence in my desirability/ability as a political campaigner (I have never picked a winner or won myself), Sanders has not asked me to run his campaign. That said, as time allows, I will do all in my power to elevate his status and see that the issues which he intends to highlight become the focal point of a national dialogue about where we need to be headed.
Posted by 李喆老师 Alexander Lee at 12:52 AM