This is the second post about the Willard Asylum for the Chronic Pauper Insane.

Site of the first chartered agricultural college in New York, which gets chartered in 1853, opens its doors to promising young farmers in December of 1860, but will basically go defunct as boys marched off to fight for the Union, closes its doors in November 1861. The sprawling campus of what would become the Willard Asylum for the Chronic Pauper Insane includes Hadley House, with a big stage for entertainment, and dozens of buildings--very large and small--that housed the engineer and various other "important" staff, as well as 3,000 or so inmates at a time at its peak. The vast majority of staff lived in the same buildings as the inmates, in case there was any bleating, antics, or need to tie someone to a chair or thrown them in an enclosed metal crib in the middle of the dark, quiet nights here alongside Lake Seneca. This was a humane place compared to what they might have experienced had the New York Legislature, in April 1865, not passed the Willard Act, modeling an institution on the philosophy of Dorothea Dix--some of whose documents used to be part of the collection at this little house museum. 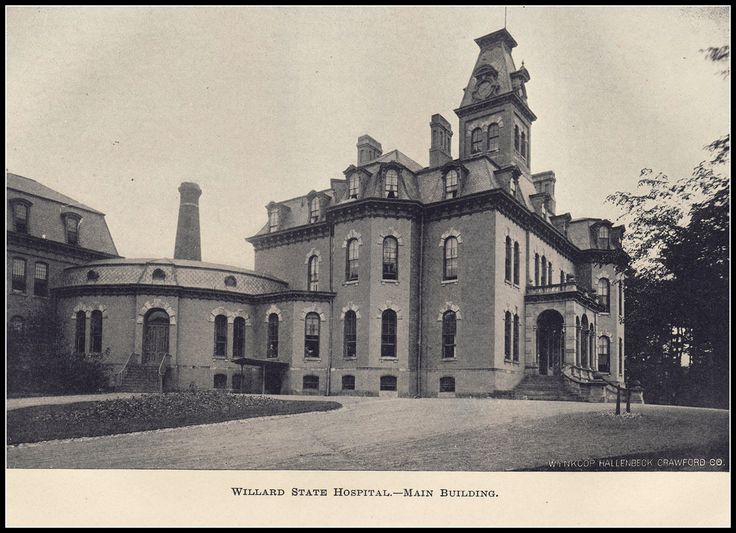 In my earlier post, I speculated that the inmates were a variety of PTSD patients from the Civil and Great Wars, as well as cast-offs from families that could not deal with the syndromes of their children, but it never occurred to me that being gay--a tidbit that my decent docent mentioned in an off-hand way--would have been one qualification for commitment. (An example of my white straight privilege.)

I have shared all of my pictures and my descriptions of what I saw yesterday on a public Facebook post. I have not the time to write a long post today as I must retrieve my letter from Seneca County Department of Health. Also, I have a date with Lucifer and Taughannock Falls, which "is the highest reliable single plunge in the State of New York."