Nothing is Certain in Life, Except Death and Taxes 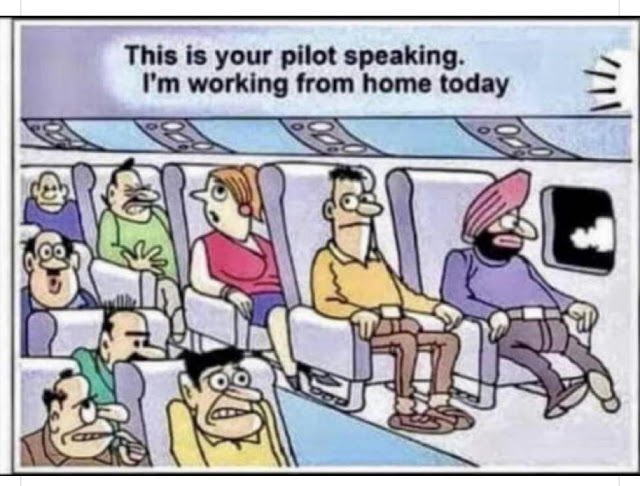 This post is scheduled to appear at 2:45 AM on Tuesday (Eastern Standard Time), just fifteen minutes after my scheduled departure from JFK. I will land at Beijing on Wednesday morning at 4:35 AM (China Time). Then I will proceed to Baiyun Airport in my home city of Guangzhou (née Canton), touching down some time after noon. The rest of the process of checking in and getting "injected, inspected, detected, infected, neglected and selected" (Arlo Guthrie, Alice's Restaurant) will take more than three hours, I am told, after a flight of about 14 hours, a layover of 5 hours, and another flight of 3.5 hours.

From the best available information, unless I should become symptomatic before touchdown in Guangzhou, I will be alone for the next two weeks in my apartment without 丫丫 or the kids, which will mean that this whole misadventure of family separation will take six weeks. She will live in her old apartment with the kids until we are permitted to reunite. Life is starting to go back to normal across China from most reports. While it is unclear when we will be called back to campus, I will be able to continue teaching my classes online, which will no longer stretch till 10:15 PM. There is light at the end of the tunnel!

I have started to communicate with a male Chinese friend, who also has two wonderful kids, and has already begun this experience, because he came back from one of the 25 nations that Guangdong Province believes correlate with a high possibility of infection.

I will be checked upon periodically by someone suited up for Hand-ageddon. A special van will deliver me home and thereafter there will be a sign on my door warning people that I am inside.

I will be singing opera and lots of Stan Rogers, Beatles and Bob Dylan on the front balcony so as not to let my aspirations float down into the courtyard from the back balcony. Life will be okay, because, if everybody stays healthy, I know that I will be reunited in 14 days with the people that I love.

The food order went in and I will continue to eat my lima beans and brussel sprouts! Might even make some matzoh, Hon. Debra Pignatelli!

I will continue to take my temperature twice per day, as I did this morning in Hartland, Vermont. I caught a 2:15 PM bus from Lebanon to Penn Station and then took an Uber to JFK. I have the masks and gloves that were given to me in Seneca County, as well as the two N95s that I brought from China. I am to wear sunglasses and pump the full Purell bottle that was also awarded me by my favorite RNs, avoid the bathroom and not eat airplane food so as to meet not the US CDC, but my girlfriend's perbolic [sic] standards.

This post may not be updated with any further information about how this all unfolds...