dedicated to my old friend and accomplice Dr. Helen Caldicott

In 2011, the bi-annual China Coal & Mining Expo attracted more than 410 exhibitors from 24 countries and regions, occupying more than 70,000 sq. meters, which made it the largest trade show in its sector.

I am back home already. It is more or less over. It was supposed to run until 2 PM today, but registration closed at noon. Nevertheless, I wandered around the outside grounds with no pass and a camera. Here are the results. Really, it looks like a bunch of over-sized toys for men who like to play in the sand (and play with our future existence, I might add). Compared to the smooth bore of a nuclear warhead, though, one has to admit that these gargantuan dildos are much more exciting for the sadists who wield such weapons of mass destruction.

Dr. Caldicott, to whom I've dedicated this post, wrote a book called Missile Envy, making unveiled usage of the pop psychology term "penis envy." As a review in the Christian Science Monitor put it in 1984, "'Missile envy' is partly the illusion that the bigger weapon is the better. It also touches the macho element in our society: The only way to forestall the enemy is to be bigger and tougher than he is." If your enemy is another coal mining company, then you would want to be at this trade show looking for the biggest, toughest hunk of water-squirting metal you could find--maybe from a German company like Krupp. If your enemy is mankind, the smaller Chinese versions will also do. 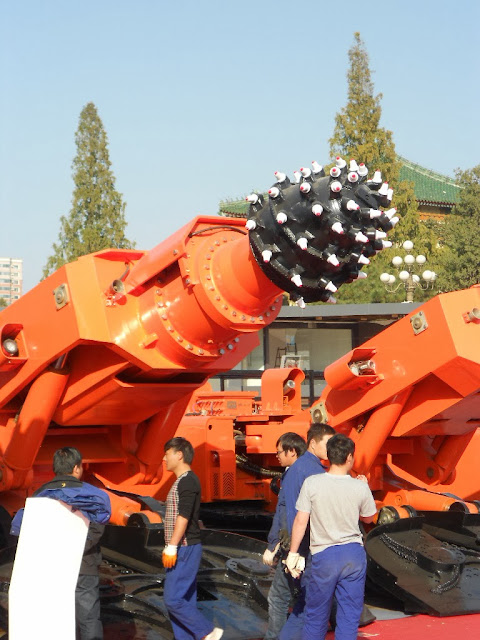 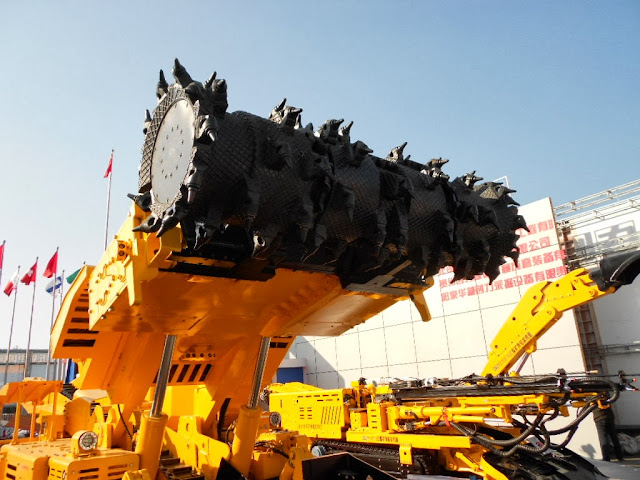 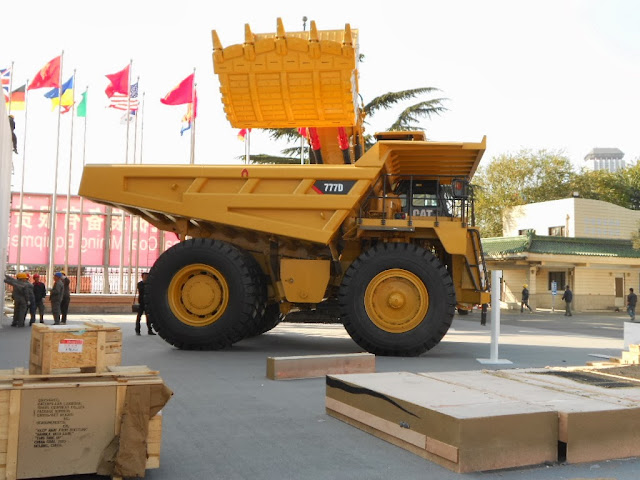 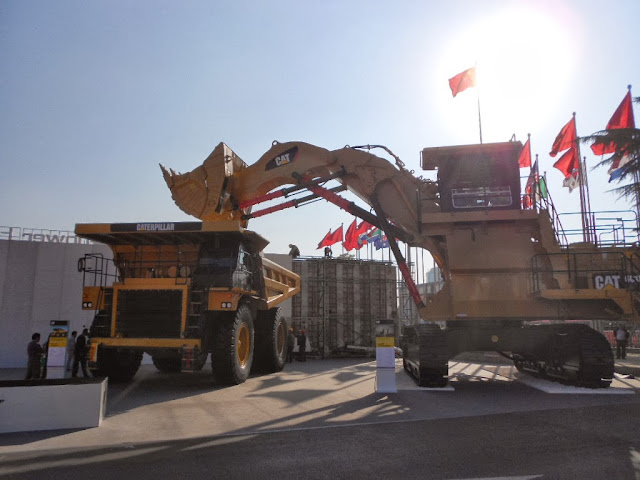 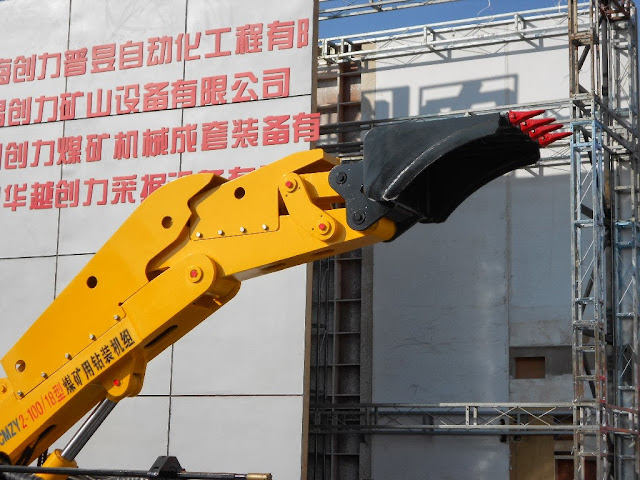 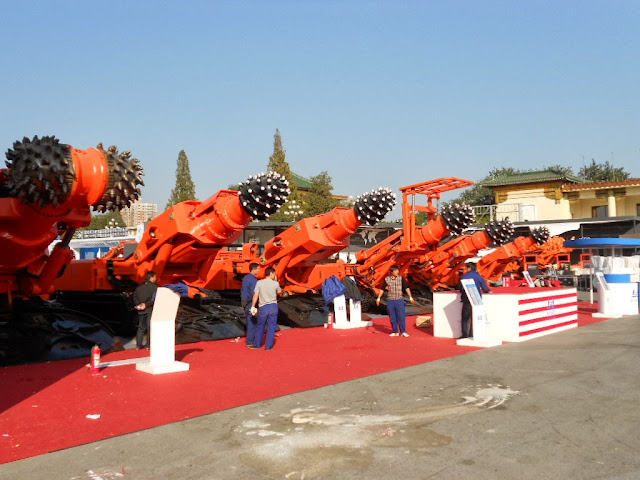 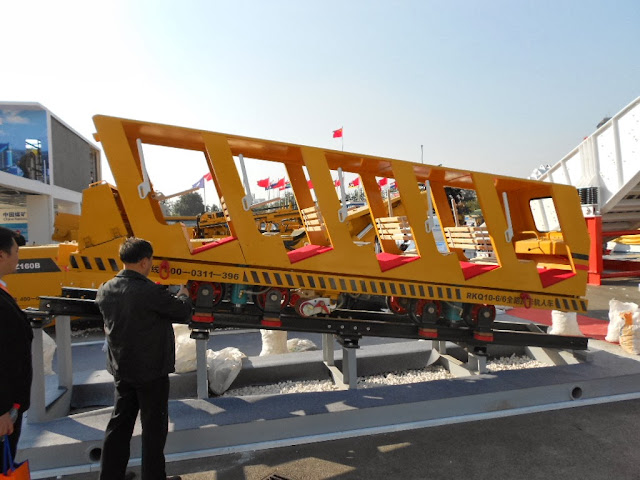 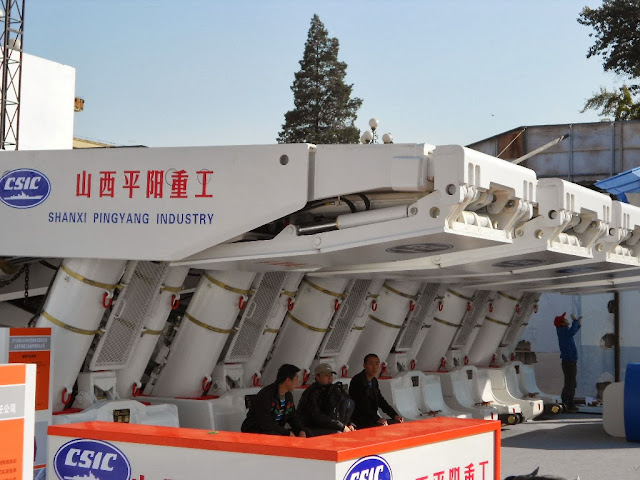 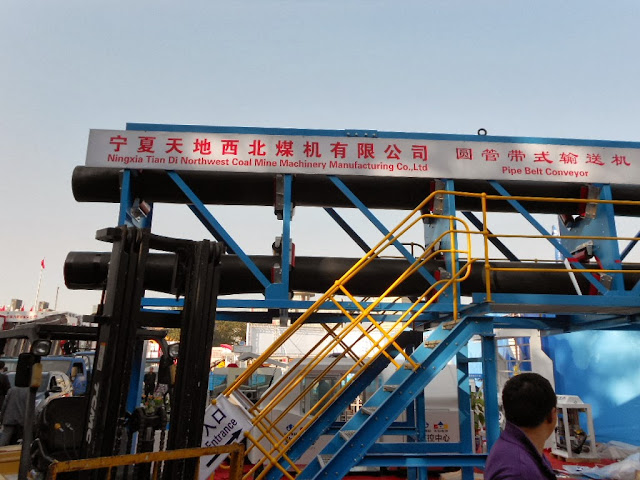 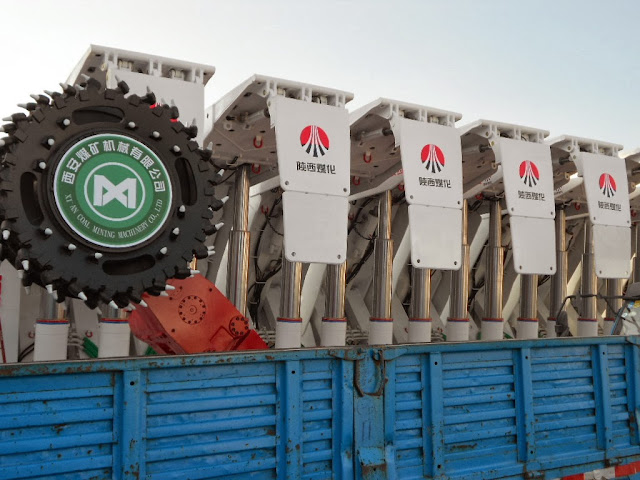 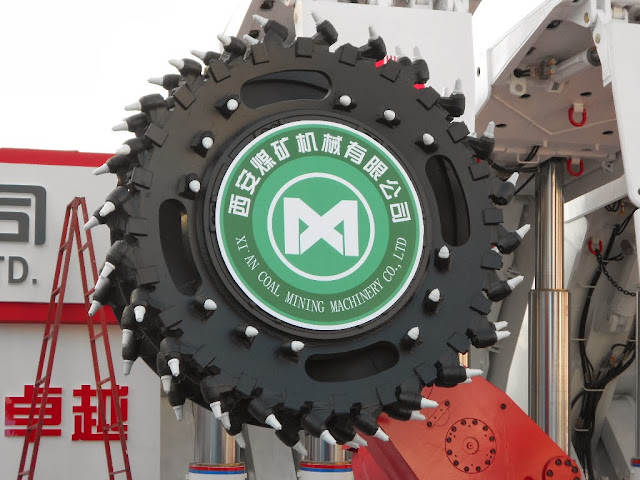 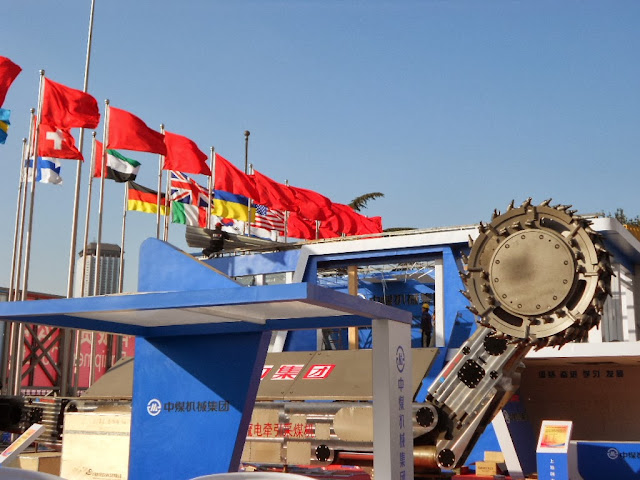 Posted by 李喆老师 Alexander Lee at 3:20 PM No comments: