The Great Discovery of 1974

I got to see the farmer (or peasant, as they call him here) who discovered the Terracotta Warriors in 1974 when he was digging a well. This carefully preserved collection of terracotta sculptures depicts the armies of Qin Shi Huang, the first Emperor to unify China. The figurines were buried with the emperor in 210-209 BC and their purpose was to help guard his empire in his afterlife.

"The figures vary in height, according to their roles, with the tallest being the generals. The figures include warriors, chariots, horses, officials, acrobats, strongmen and musicians. Current estimates are that in the three pits containing the Terracotta Army there were over 8,000 soldiers, 130 chariots with 520 horses and 150 cavalry horses, the majority of which are still buried in the pits." (http://en.wikipedia.org/wiki/Terracotta_Army)

Richard and I paid 150RMB for our own guide and I paid the same amount for a bracelet made of pink jade for my sweetheart. Pink jade is local to the area and very beautiful. 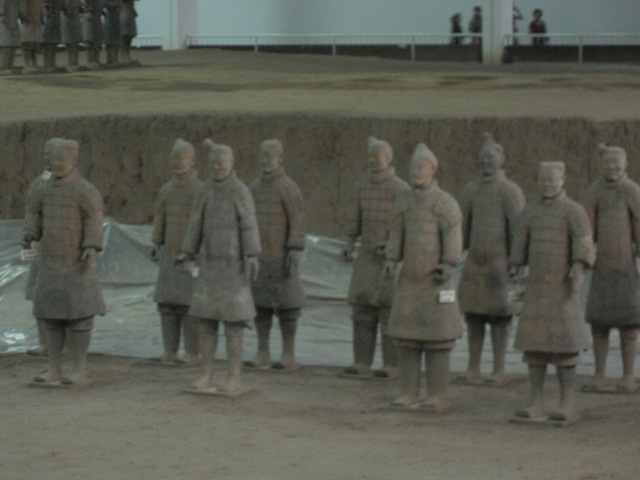 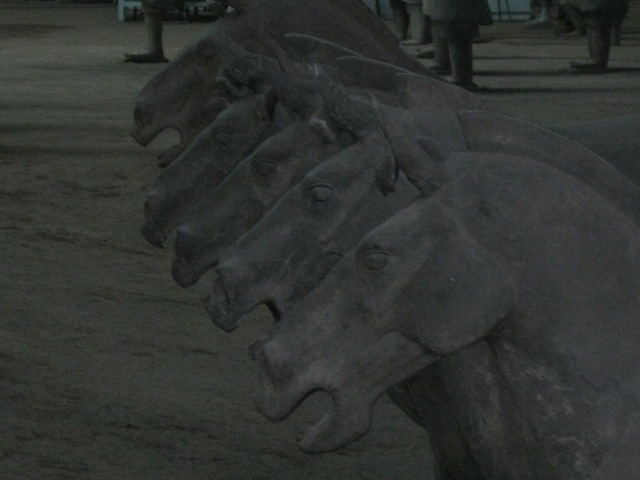