The Greater Wall of China

The fortifications of Xi'an, which is an ancient capital of China, represent one of the oldest and best preserved Chinese city walls. Construction of the first city wall of Chang'an (the old name of the city) began in 194 BCE and lasted for four years. That wall measured 25.7 km in length, 12–16 m in thickness at the base. The area within the wall was ca. 36 km². The existing wall was started by the Ming Dynasty in 1370 AD. It encircles a much smaller city of 14 km². The wall measures 13.7 km in circumference, 12 m in height, and 15–18 m in thickness at the base.

"It boasts the most complete city wall to have survived through China's long history. The wall was built of earth, rammed layer upon layer during the early time. The base layer was made of earth, quick lime, and glutinous rice extract, tempered together. This made the wall extremely strong and firm and later, the wall was totally enclosed with bricks. Located at the four corners of the wall were watchtowers. The one at the south-western corner is round, probably after the imperial city wall of the Tang Dynasty, but the other three are square-shaped. On top of the watchtowers, the corner rampart, higher and larger than the ordinary ramparts, shows the strategic importance of corners of the city wall." (Source)

Richard and I biked a bit more than three quarters of the way around and then walked the rest of the way. It was very hot and muggy, as you can tell from the grey tone of the pictures. 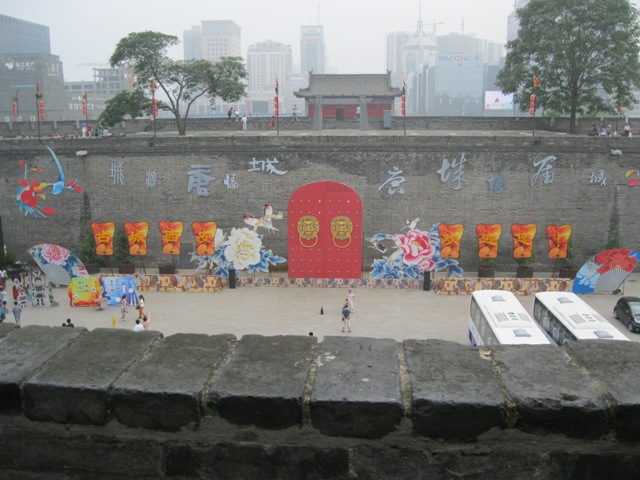 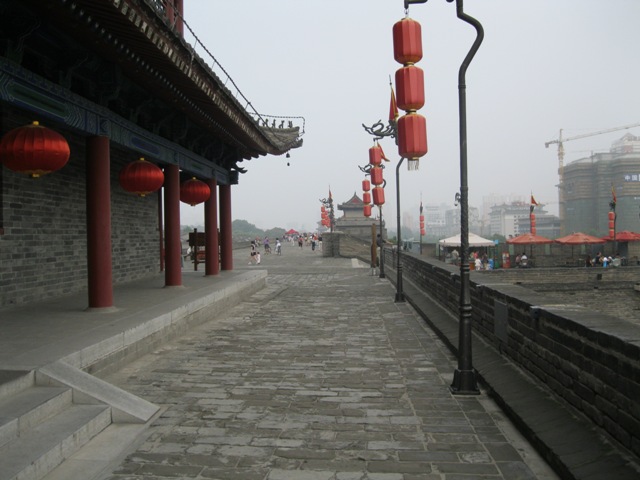 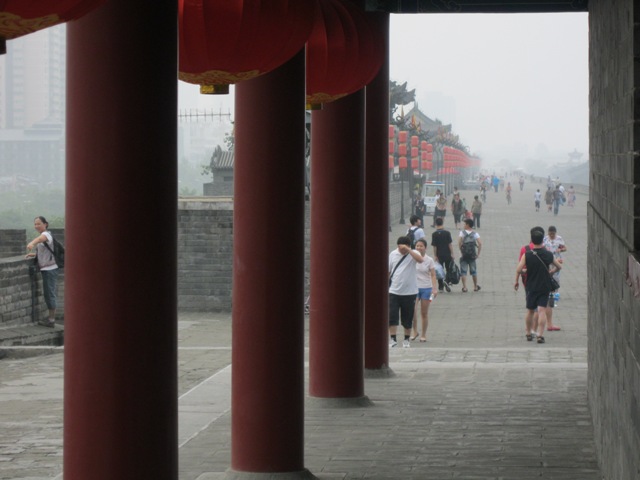 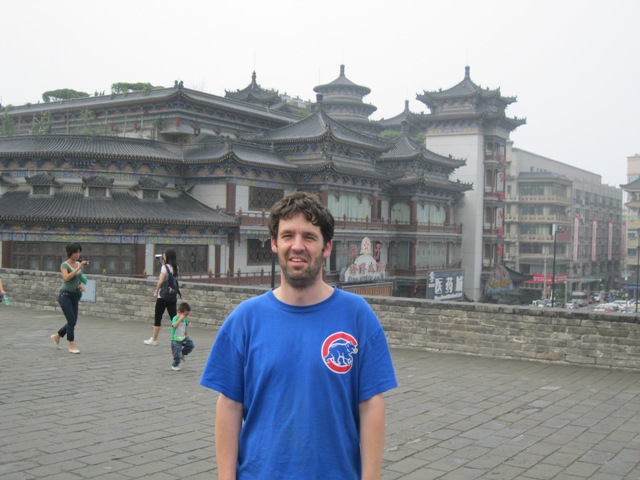 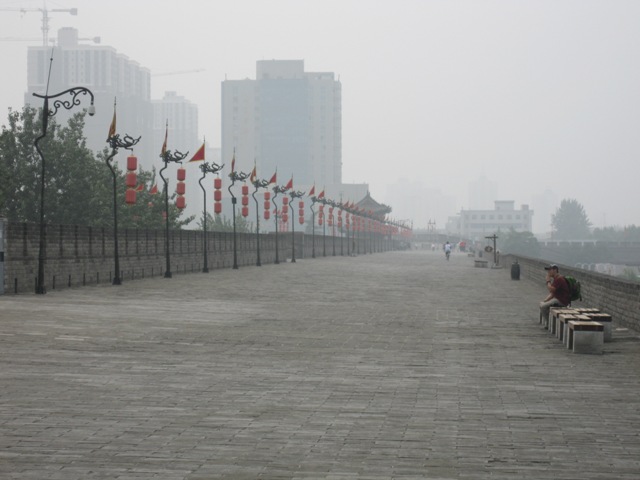 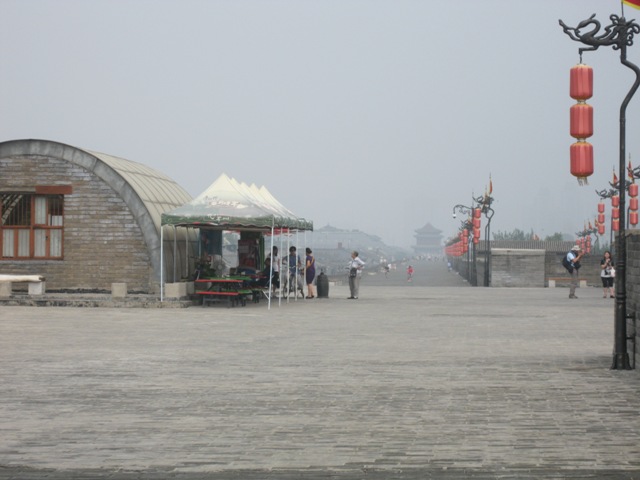 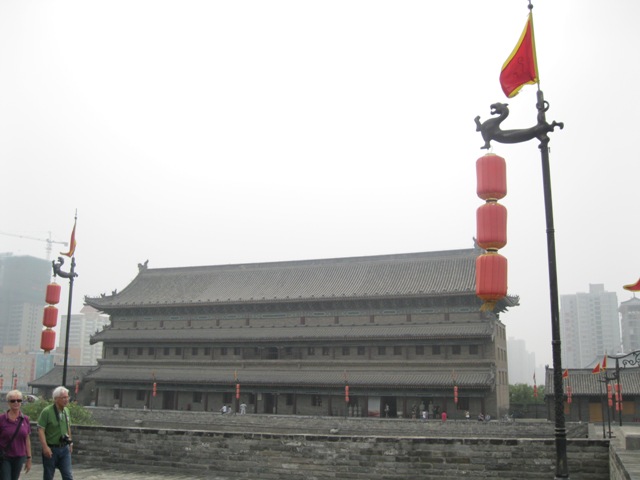 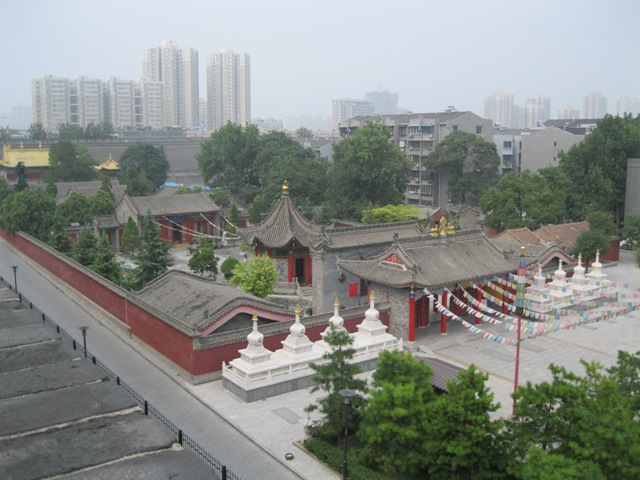