Of Huns and Hans

On Saturday, I took a three hour bus trip, which ended up being 4.5 hours, to Jinshanling--a section of the Great Wall of China in Hebei Province. I went to the Summer Palace on Friday. More on that in a subsequent post. I want, first, to share the experience of visiting a place that was built starting in 1570 AD during the Ming Dynasty.

It really was remarkable. On the tour bus were Swiss, Austrians, and Germans, as well as an expatriate from Switzerland who was married to a woman from Lichtenstein. They live in South Africa and run an inn. There were also some Yanks and Brits, Flemish folk and Russians. We all enjoyed it immensely.

The remarkable "crooked house" construction at some points, which has stood the test of time, impressed me. Look closely at the upper reaches of the railing in this first picture and you will see that the bricks were not stacked atop each other, but rather leaned on top of each other. Each stone had to be carried up the mountain, which is why our funny little tour director said they call it the longest cemetery in the world. I saw no bones, but it required no imagination to muster the scene of poor men and donkeys hauling up stones for the protection of the empire from...the Mongolian invaders.

Though I am a bit reticent to complain, the annoying part of visiting this "wild" section of the wall was the large number of unemployed Mongolian farmers with backpacks full of T-shirts and Red Bull and bottled water for sale. They would follow you like fleas for ten minutes until you shewed them away, at which point they spent a minute trying to get you to buy a book or postcard as a memento. The going rate for a pint of water is about one yuan; these farmers were asking ten at some spots along the way. 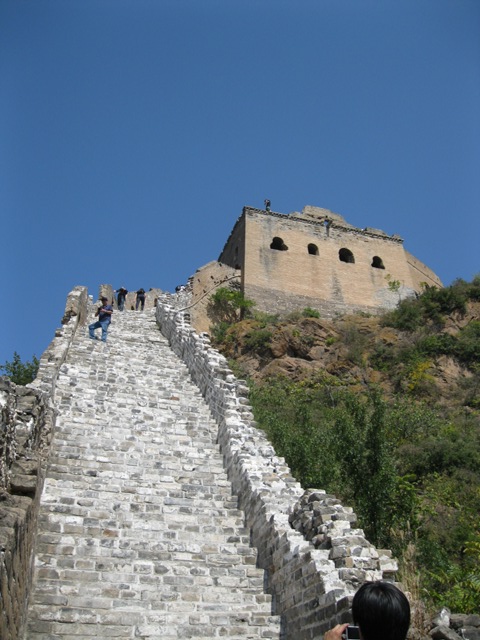 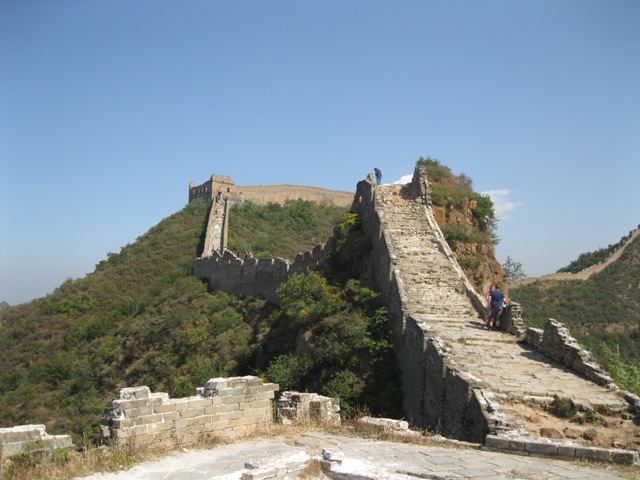 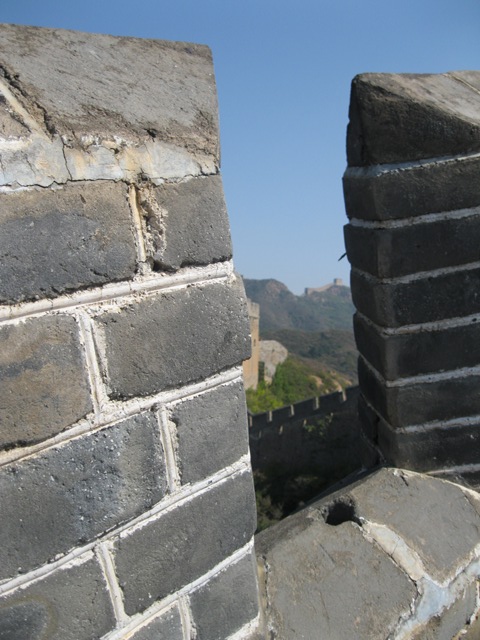 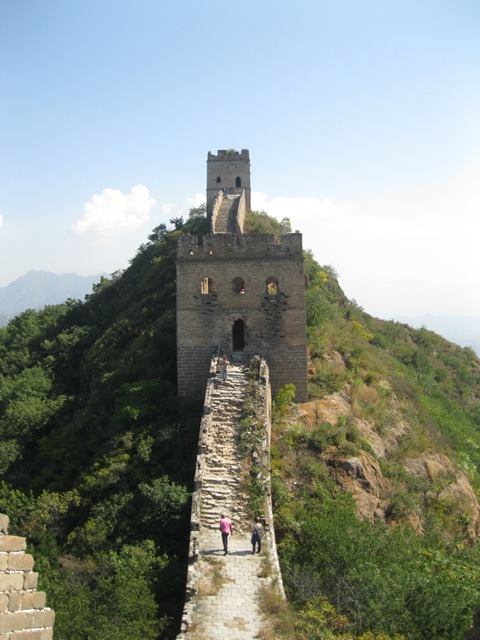 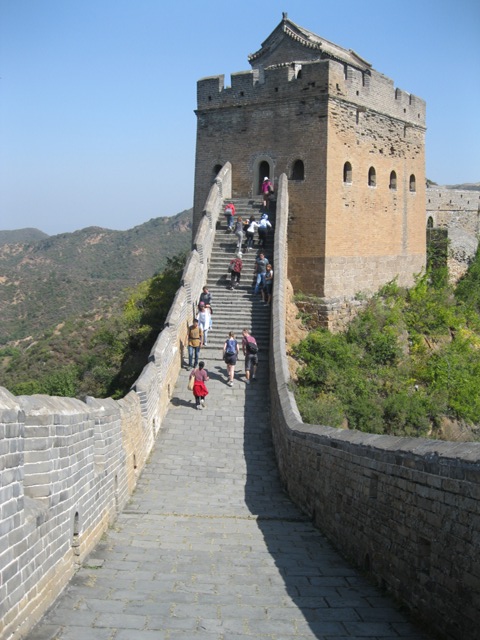 Posted by 李喆老师 Alexander Lee at 10:08 AM