Yesterday, in the hallway of the third best high school in China, where I teach middle school and high school students once a week, I stopped to look at some pictures of the middle school kids at basic training. Everyday, during their half hour break at 9:10 AM, the students at this school and virtually every other school in China, as far as I know, parade out into the quadrangle for marching exercises. This is just the light duty, though. At a couple different points during their academic career, these students have to play dress-ups and actually spend a couple weeks in basic training.

A friend of mine, who has had to participate in these exercises of late (two weeks, I think), is ready for them to be over. She knows how to make her blanket into a tofu, though, which is the vernacular for making a bedroll. They make her stand for hours at a time, too. I wonder what these long-haired intellectuals and top science students are thinking about while they drill. Do they romanticize battle scenes where they get to impale Japanese invaders or American imperialists? Or do they think the whole exercise is a ridiculous gesture? My girlfriend, who had to go through this herself when she was in college, said that they are taught that everybody is responsible if China faces a threat. What is the threat? Isn't militarism itself the threat? 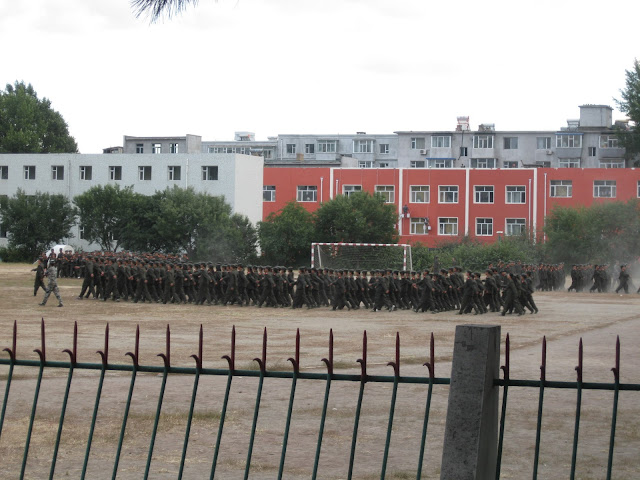 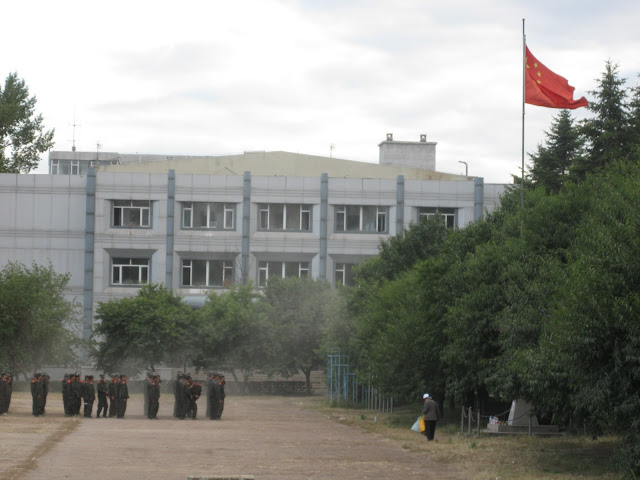 Posted by 李喆老师 Alexander Lee at 9:34 AM