I am increasingly interested in the propaganda posters used by the Chinese and Soviet governments during the middle part of the last century. The images are simple and often compelling. I am particularly drawn to some of the agricultural ones. Some of the more militaristic and jingoistic ones with Mao and flags and guns don't appeal to me, but the pastoral scenes and the porcine call-to-arms below are quite lovely.

There is also a genre of the Chinese posters that just show people sitting around engaged in activities like drawing, storytelling, etc. Some are quite sinister, like the series called Mao likes children. The story behind this one is quite interesting:

During the Cultural Revolution customers have to treat shop staff with respect and submission: the workers are the bosses. Now kindness and politeness from the staff towards customers are encouraged again.

This poster actually was first published in 1965. It soon became obsolete - or even counterrevolutionary. Apparently the design was judged strong enough to be reprinted after so many years, and to get a new chance under new political circumstances. (Source.)


I am hoping to start a personal collection of reproduction and/or original dam propaganda posters from around the world so please keep your eyes open. Here are some examples: 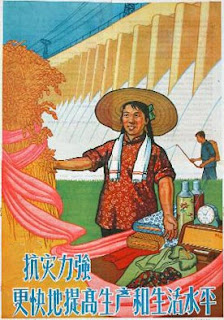 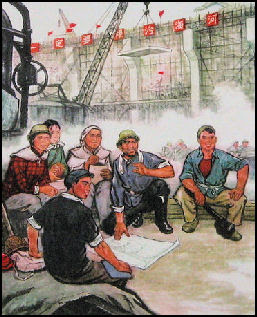 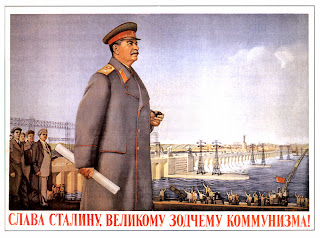 As a 37 year-old bachelor (38, in China, because you are already one year old when you are born), I have to end with this one from the early 1960s when family planning first arose. It is entitled Marrying late has lots of advantages:

Posted by 李喆老师 Alexander Lee at 10:35 AM