It has been the longest stint without a post. I am experiencing a little ennui, but, at least, I don't have a foot of snow. It is at least 60 degrees here today. I read this morning that Central Park has not had an accumulated inch of snow before November 1 since the year 1879. Global weirding. 2012 is coming.

Here is a glimpse of one of China's most dangerous coal plants. In America, we have the lawn and its two-stroke motor mower. In Changchun, we have the street corner peddler who roasts chestnuts and pine-nuts and pops popcorn for the masses. Pick your poison. 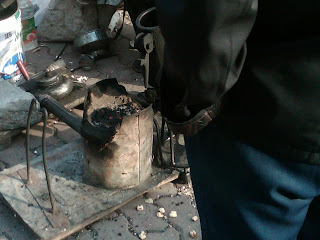 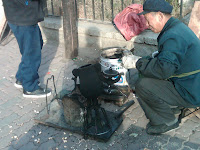 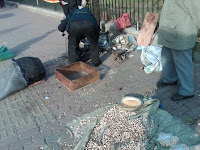 This morning I hear shouting quite early in the courtyard of my building complex. I assumed it was the men who are working on insulating the roofs of the city, but it was a wedding and there was an archway of purple material and pink flowers spanning one of the doorways. Weddings here happen early in the morning and are usually at a restaurant. They last about an hour.

The most obscene reminder of the have and have not that I have seen in China was a wedding making its way from one place to another. It included a procession of red Audi convertibles and a couple dozen Hummers festooned with pink ribbons. 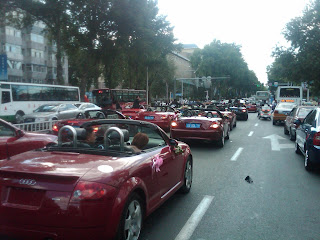 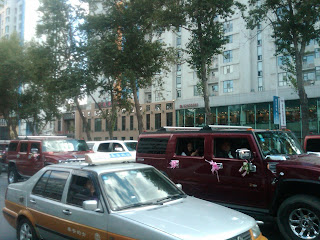 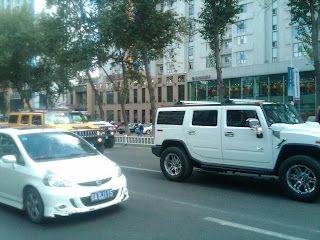 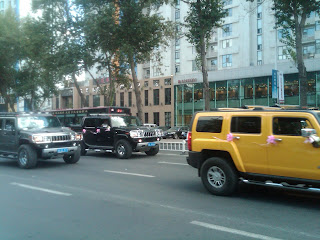 I have decided to be a Wall Street CEO for Halloween. I will have a dart board on my back and wear my one suit. I will have a pin that says CEO.
Posted by 李喆老师 Alexander Lee at 1:26 PM