Last Friday night, I went to see Beijing Opera in Beijing. I want to share some pictures with you. Pictures are always worth a thousand words, but this is certainly one of the more visually stimulating things to see in the world.

Before the performance begins, there is a young woman who plays the gu zhong on stage while one of the performers "puts on his mask." When he is done painting on his mask, another man comes out to help him don his unwieldy costume. 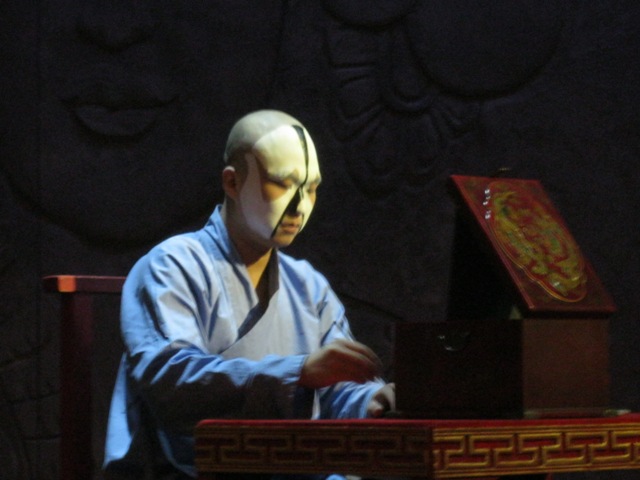 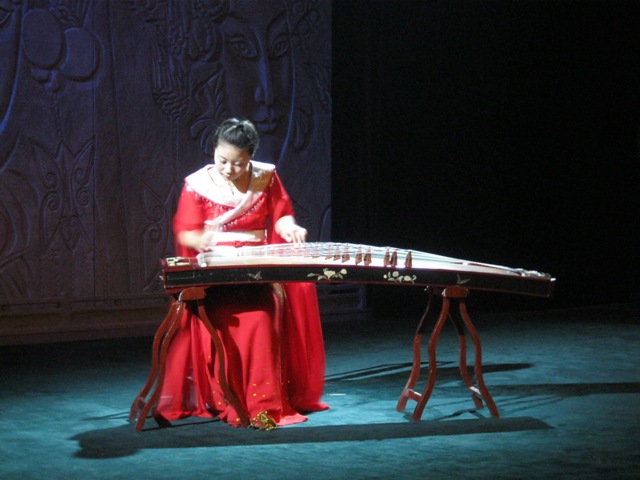 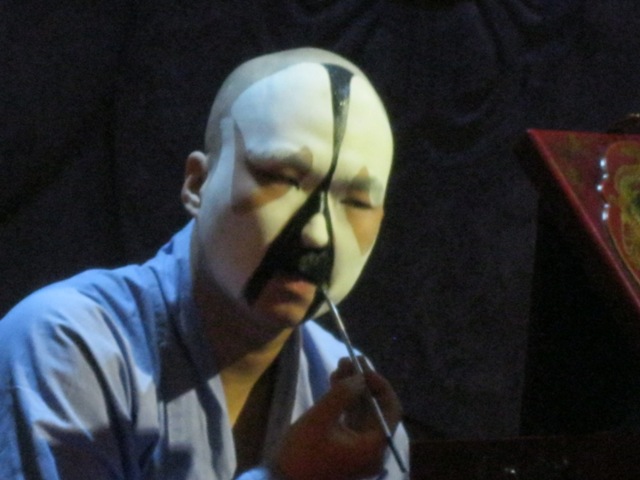 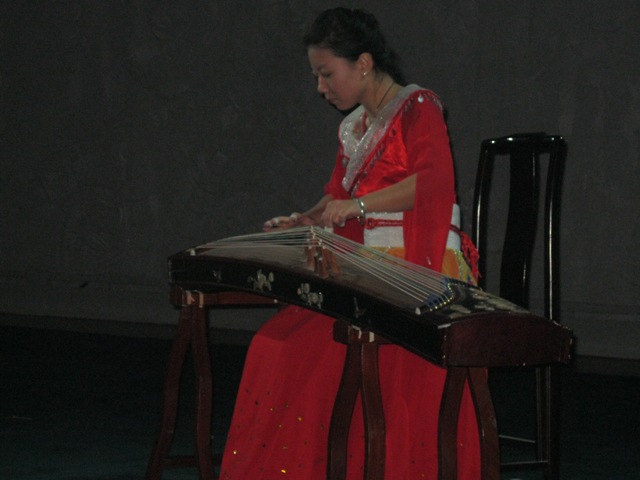 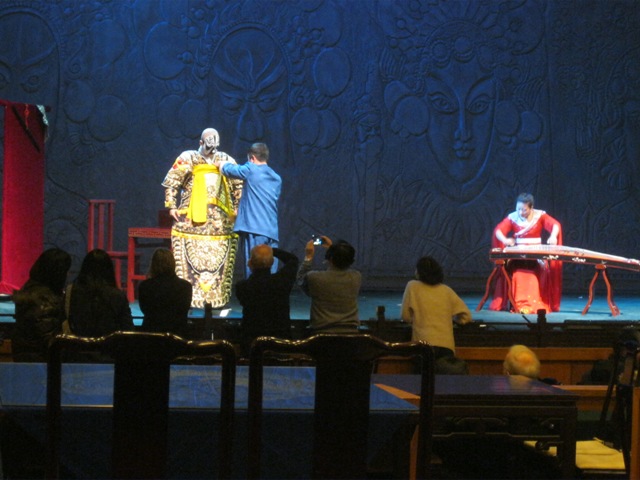 There are four important roles in Peking Opera: Sheng, Dan, Jing, Chou. These Chinese words mean main male role, any female role, painted face male role, and male clown role, respectively. There are also important ways to breathe when singing the parts and many other intricacies of this old art form. 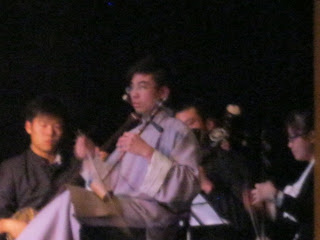 The music is orchestral with a jinghu leading the pack. This grainy photograph is the best I can offer.

I took dozens of photographs of the actual performances. Among the short operas we saw was "Farewell My Concubine." 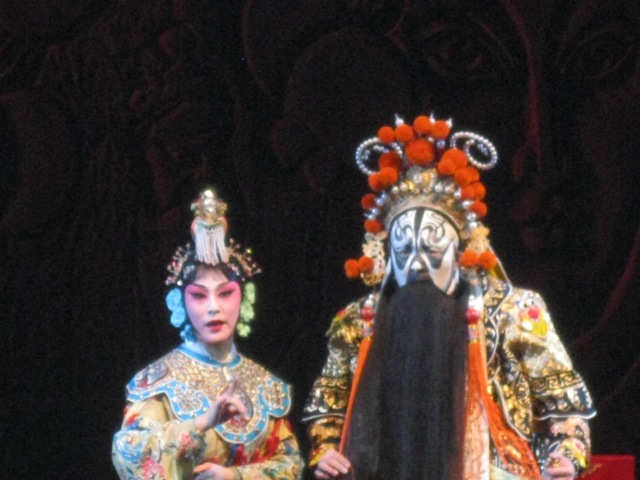 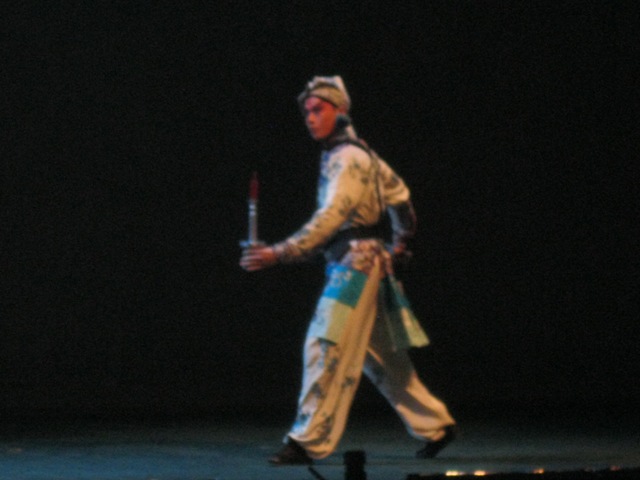 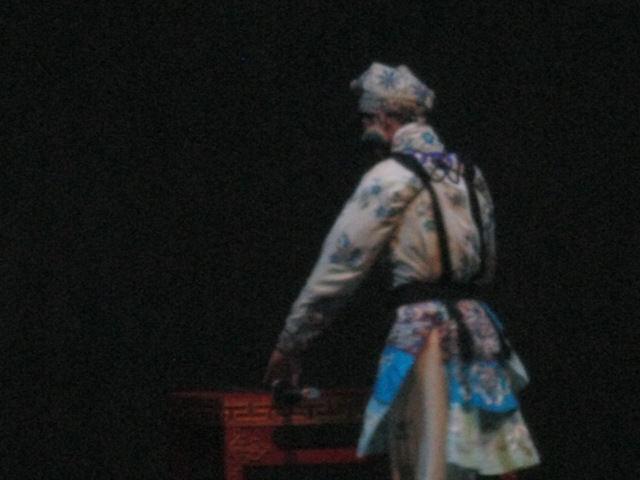 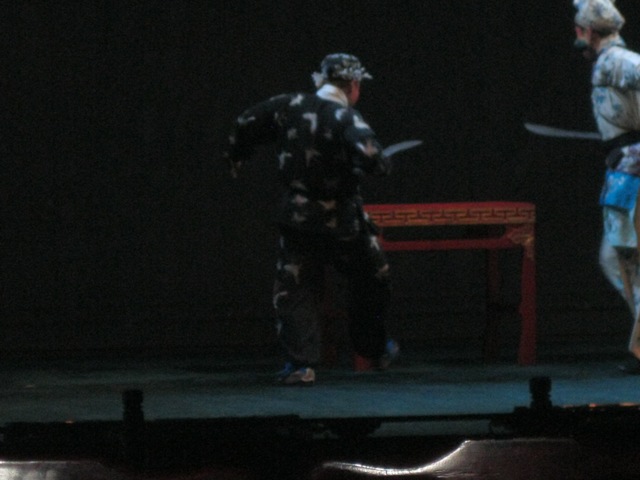 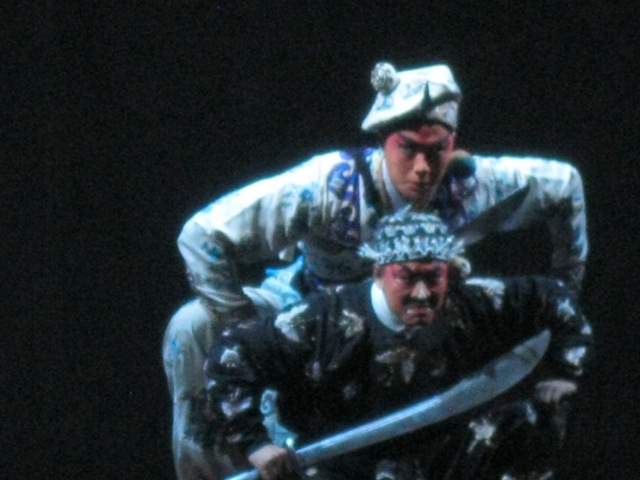 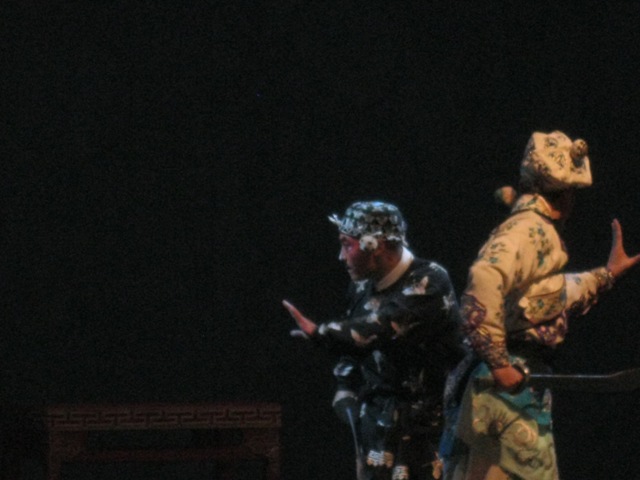 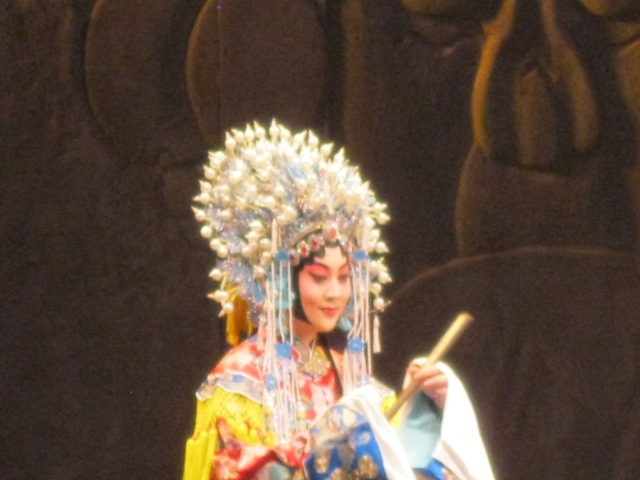 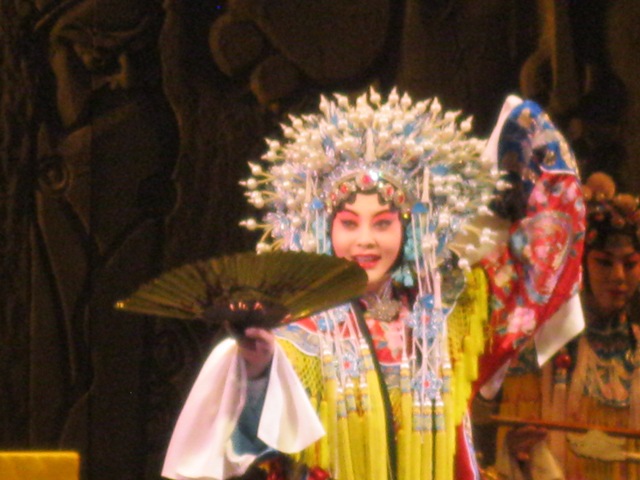 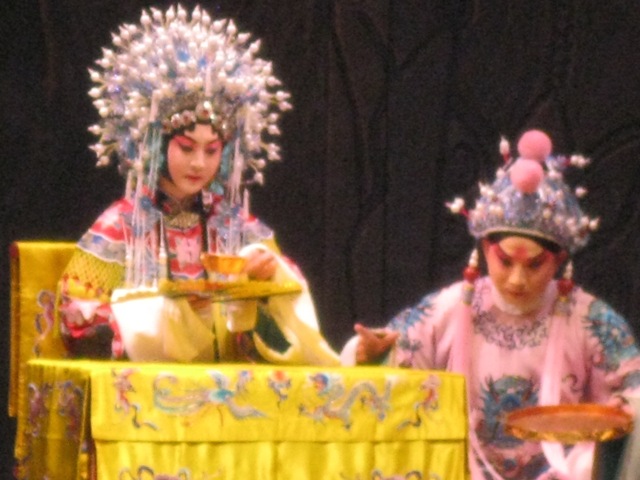 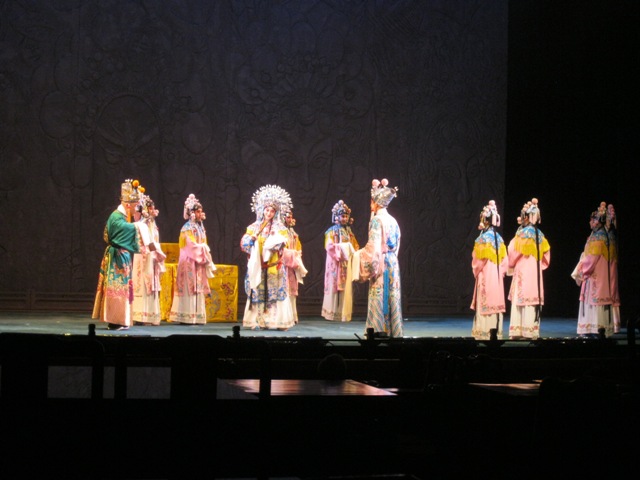 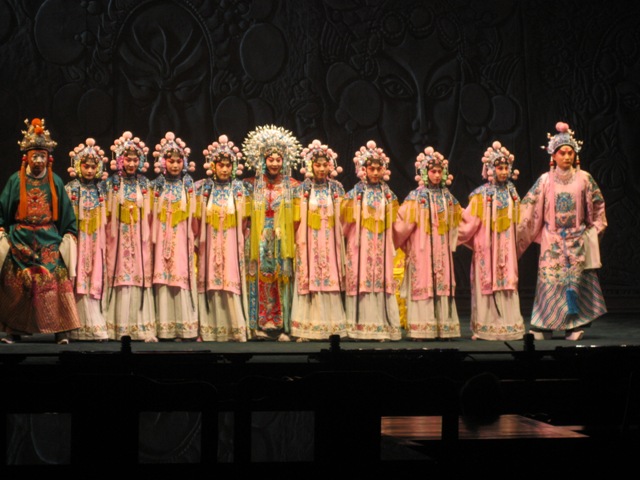 Posted by 李喆老师 Alexander Lee at 11:55 AM