You need only visit the Asia Society's website to get a sense of what I saw in Beijing a couple weeks ago. A thirty minute cab ride for close to 50RMB brought me and Shannon out past 798 Art District to Three Shadows Photography Art Center where "Coal + Ice" has been showing since September for FREE.

Coal + Ice is a documentary photography exhibition featuring the work of 30 photographers from China, the United States, Canada, Malaysia, Russia, Hungary, Poland, Norway, Italy, Germany and the United Kingdom, whose work, brought together here, visually narrates the hidden chain of actions triggered by mankind’s use of coal.

This photographic arc moves from deep within the coal mines to the glaciers of the greater Himalaya where greenhouse gasses are warming the high altitude climate.  As these mighty glaciers melt at an accelerated pace, the great rivers of Asia that flow from the Tibetan Plateau into the oceans are disturbed, and the lives of billions of people downstream are disrupted.

It was fittingly frigid in the converted warehouse. We moved too quickly through the photographs and suspended movie screens, not pausing long enough in front of the panoramas of the Tibetan Plateau. 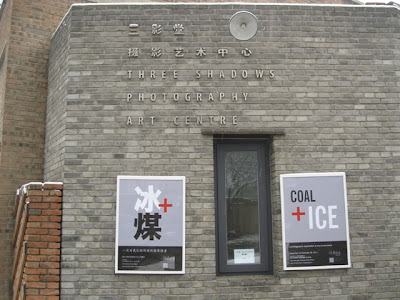 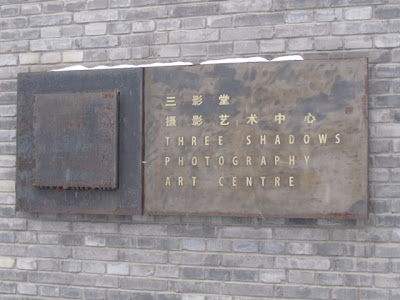 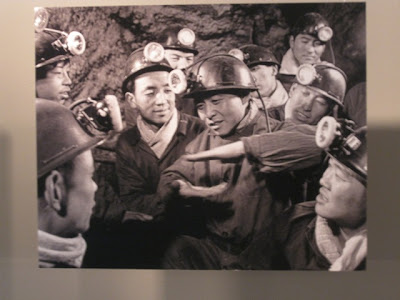 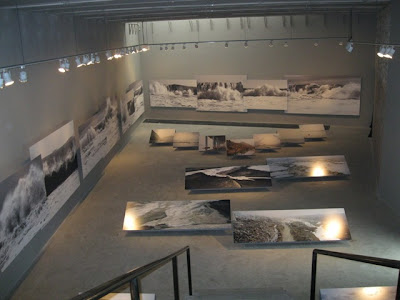 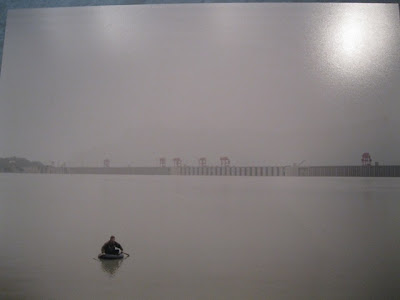 The exhibit closes on December 28th. It will travel after that. There have been good articles about this show in The New Yorker, The New York Times, and numerous other publications.
Posted by 李喆老师 Alexander Lee at 6:46 AM