NOTE: I refer to Public Service Company of New Hampshire as PSCO (pronounced piss-ko) because the head of the Poetry Society of New Hampshire informed me that they have longer claim to the acronym usually used, PSNH.

Governor John Lynch of New Hampshire gave his state of the state yesterday. In this final big address, he said, "We should not dismiss out of hand hydro power from Canada. We should be open to exploring approaches for accessing this power. But the proponents of Northern Pass need to listen better. This project cannot happen without local support. And it should not happen with eminent domain." Now Governor Lynch has never been hailed as a brave and decisive leader. This speech was widely viewed as being more strident than his past ones; however, I want to look at what he really said here. The following is my analysis. Though my disgust with the Lynch years is no secret, I want to be fair. I hope my New Hampshire readers will take me to task if I have over-stepped.

Days after nominating Bob Scott and Mike Harrington to replace Hon. Clifton Below and Hon. Tom Getz on the Public Utilities Commission and knowing full well that eminent domain issues will be decided by the courts and not by his policy pronouncements, Lynch effectively signaled here that his New Hampshire will be happy to figure out a way to act as a corridor for Canadian power to reach southern New England markets. While he should be commended for not calling it renewable or green, the fact that he does not think it should be "dismissed out-of-hand" transparently shows his predisposition towards Canadian hydro, if not the necessary transmission lines that will carry it hither and yon.

He can say that this project cannot happen without local support, but PSNH (together with Hydro-Quebec) has nearly limitless financial ability to lean on the six hold-out landowners who are keeping this project from marching forward. I think this is a classic case of Gov. Lynch pretending like he is taking a firm position, but not actually using the power actually afforded to the constitutionally-second-weakest-Governor-in-the-nation. 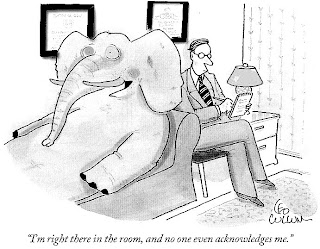 Why do I say this? Not because Lynch and PSCO CEO Gary Long have enjoyed a long friendship, but because where he could really make a difference is standing up to the premiers and other New England governors at their periodic meetings. He could depart from the Cheney Administration and the Obama Administration and actually offer a realistic, green energy policy that gets away from large generation projects and shifts to the conservation and efficiency measures long touted by McKinsey. Additionally, I posit this because he has cautiously not gone to the bench for Consumer Advocate Meredith Hatfield (who, in full disclosure, is not only one of my best friends, but also the most diligent, nonpolitical advocate that I know--often to my own frustration) and Lynch has nominated two people for the PUC who should be easy to get past the [censored] on the Executive Council. If Lynch was really interested in shaping energy policy, he might have nominated different people.

Bob Scott is a military man, friendly, a talented manager, and a good listener. He has done the bidding of PSCO on the scrubber and on other projects for years as the Director of Air Resources ("the Chief Air Head" as his predecessor Ken Colburn used to self-identify) in the Department of Environmental Services. The vacancy he leaves at DES will be another important decision.

Mike Harrington is a free-market capitalist ideologue, an active Republican who supported the son-of-a-pugilist John Stephen in 2010, and an institutionalized bureaucrat at the commission (located in the old state mental hospital). He may want to deregulate and take the generating resources away from PSCO and may share Lynch's "deep" feelings about the 5th Amendment Takings Clause, but has had years to extract better behavior from PSCO, working with and for Tom Frantz in the Electricity Division of the Commission. There is no evidence that giving him the reins will force the dogs to gee or haw.

The activists and environmental organizations, who slept on their hands during the small window when they could have recommended to Lynch a more courageous set of new Commissioners, will almost inevitably need to work with these two gentleman. I only know Mr. Scott and he is a good manager and a good man. What I am saying here is not meant to disparage either him or Mr. Harrington, but to paint a clear picture of the landscape into which the dogsled seems to be sliding. The Lynch legacy will be a continuation of the status quo. The Commission will not veer in a new direction, but continue its slow progress towards the growing whole in the ice.

The greatest hope for stopping Northern Pass lies in his nomination of current commissioner Amy Ignatius as the Chair. She is an independent thinker and capable lawyer. She will, rightfully, continue the legacy of judicious care and fairness that is the legacy of Tom Getz, but may be capable, despite her marriage to Lynch's chief lawyer, Jeff Meyers, in the post-Lynch years to recognize that every decision--no matter how much one would like to play above the fray--is political and has political ramifications. The Fox News "fair and balanced" approach to regulation that Getz and Frantz, especially, have prided themselves on is also the yang of their long reign. Ignatius' brother is a columnist for the Washington Post, which means she has a very direct line to the power brokers of the nation and access to the big picture issues that shape national energy policy.

She has a fierce intellect; tremendous loyalty to the Governor (that has tested our friendship in the face of my open disdain for his leadership style); less pre-existing ties to the electric industry than her predecessor, who will return to private practice at a firm which does work for PSCO; and an even deeper knowledge of the interplay between the New England states from her time as the Executive Director of the New England Conference of Public Utility Commissioners. (From what I can discern, every reputable, major law firm in NH, except Preti, does some work for PSCO.)

So, in sum, Governor Lynch's feisty speech did not really have teeth. The opponents of Northern Pass should brace themselves for PSCO wielding strong influence at the Commission as they continue to look for ways to force Canadian hydro down our dry throats.
Posted by 李喆老师 at 5:03 AM