The weather this weekend, though punctuated with some thunderstorms, was delightful. On Friday, I awoke at 5AM and got ready to board a train that brought me and my friend to Jilin, the former capital of Jilin Province and home to 1,975,803 people in its urban area. It is just 45 minutes from Changchun by high-speed train with one stop at the airport along the way.

The day was good, but we were both sleepy in the hot sun. There were lots of children everywhere as it was Children's Day, which is a big deal in China.

When we got off the train and exited the grand new station that Jilin has built, this was the square that we saw. I like this picture because it shows the way that most Chinese cities look--new construction, advertising everywhere (including Pepsi), and lots of public spaces for people to enjoy together. For Children's Day, there was dancing and the fire departments were out in full force. 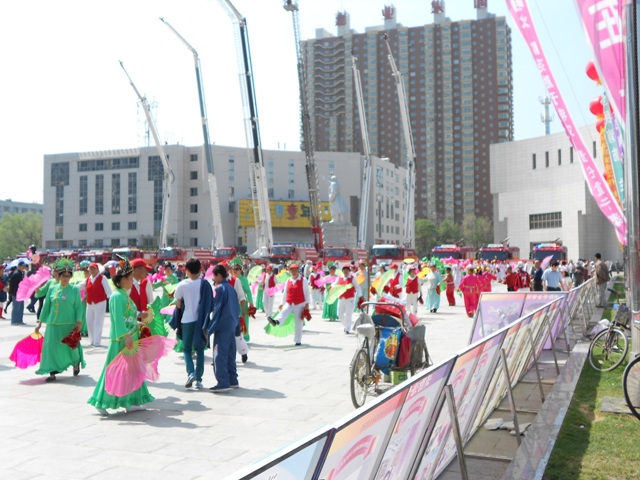 Bill McKibben memorialized Jaime Lerner's brilliant move in Curtiba, Brazil, in his book, Hope, Human and Wild. You may remember that to close a dangerous street where people liked to drag race on the weekend, this architect-cum-mayor rolled out a piece of white paper and provided markers. It was so popular with parents and kids that they were able to close the road to traffic and turn the core area of downtown into a pedestrian area. While this was not the case here, it still made me smile to see these kids working together on this project. 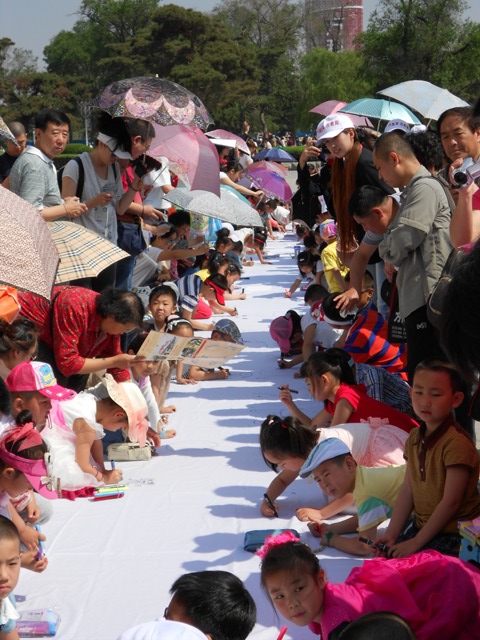 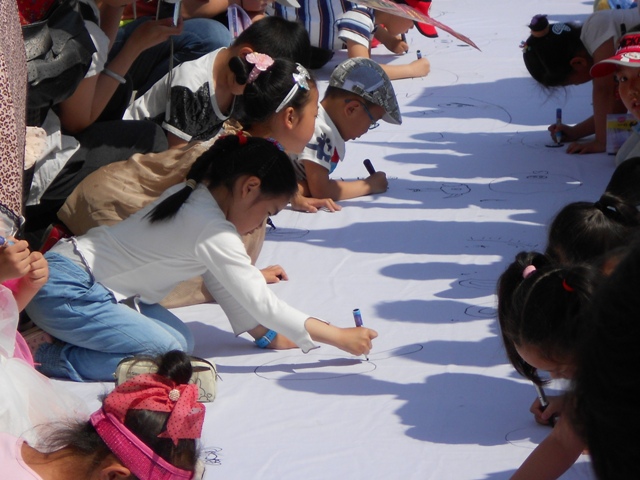 Inside the local museum, there was a whole room of art made from the shaped roots of trees. The second photo is the most elaborate way to display calligraphy brushes that I have seen to date. 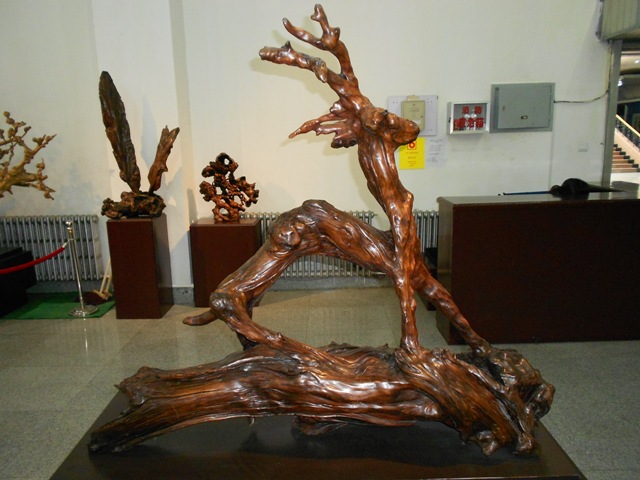 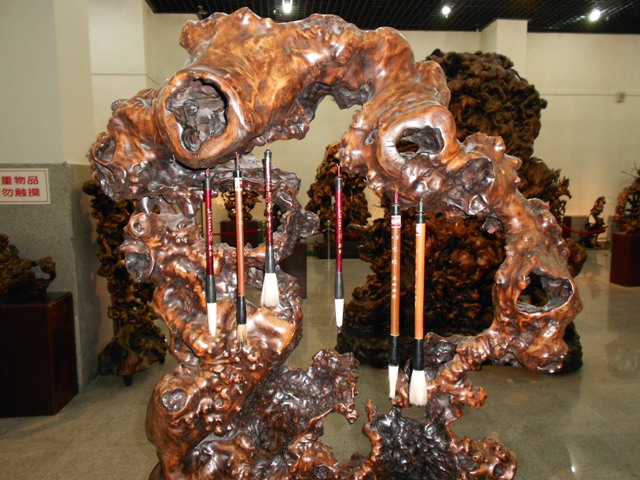 After we came back out from the museum, the majority of the crowd had dispersed and the firetrucks were getting ready to depart.Every city has to have a Mao Zedong statue; Jilin's is painted silver. 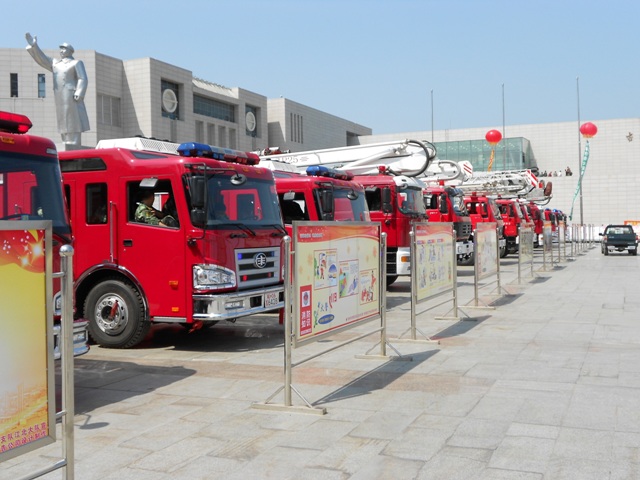 We crossed one of thee major bridges by foot and watched from the bridge with fascination as this heavy equipment worked to remove a road that had been built out into the Songhua River. 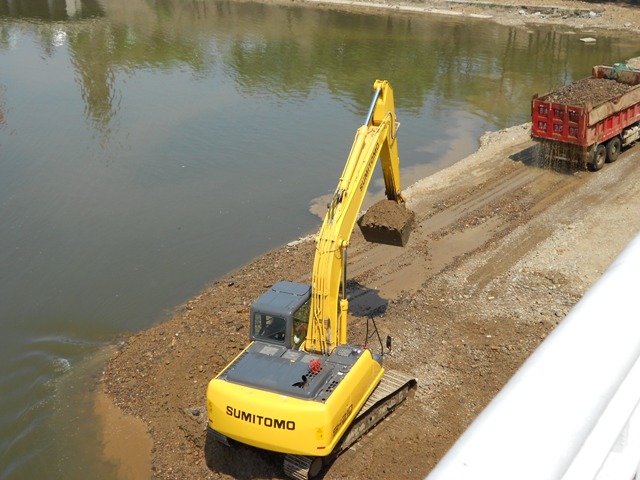 The river was being readied for Dragon Boat Festival later this month. These colorful rafts will be paddled in a race. The nickname of Jilin City is River City(江城), which was originated from one sentence "连樯接舰屯江城" of a poem written by Kangxi Emperor when he was visiting Jilin City in 1682. 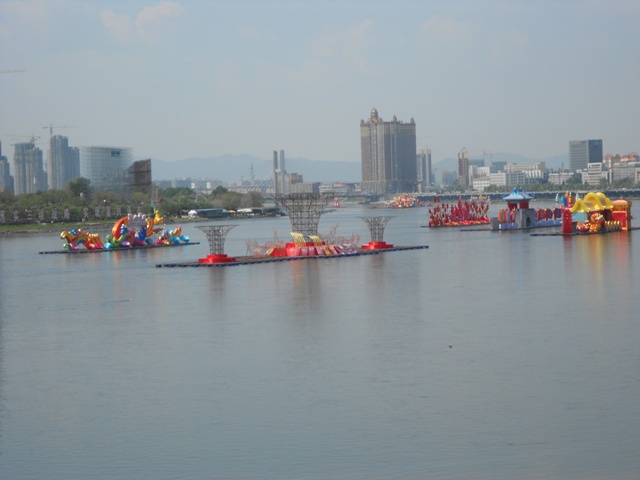 The main square of Jilin has a sculpture of a man straining to row a boat upstream. 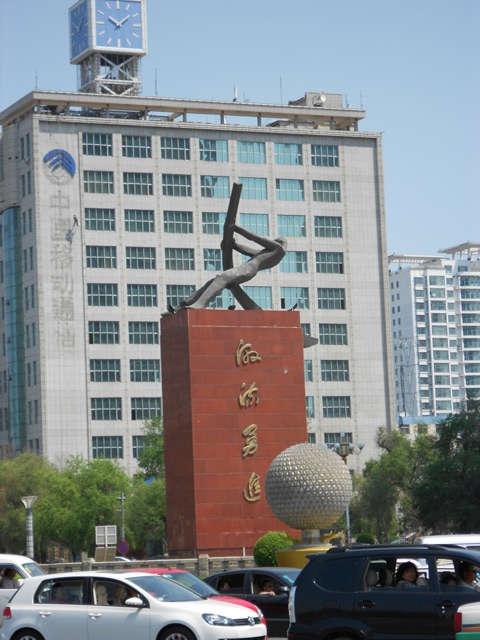 The temple on the North Mountain was beautiful from a distance, though we decided not to climb up.  My friend, who knows a lot about history, told me that there were once nine dragon mountains here, but during the 18th Century some seer had told the emperor that a revolt would start from this place so he had most of them destroyed. 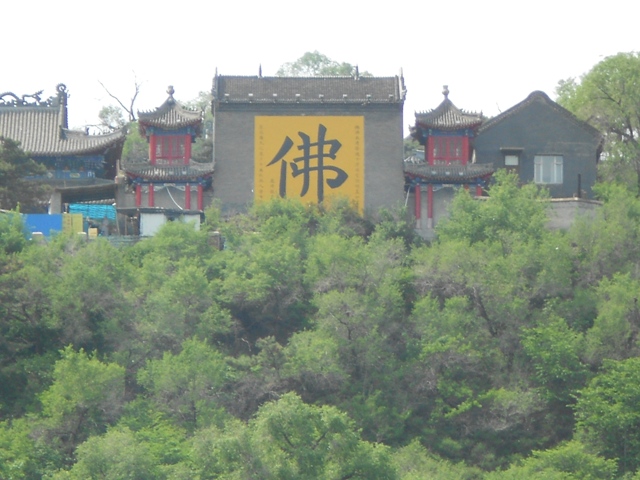 This is the main terminal of the Jilin train station, whose windows frame the painted smokestack of some industrial enterprise. 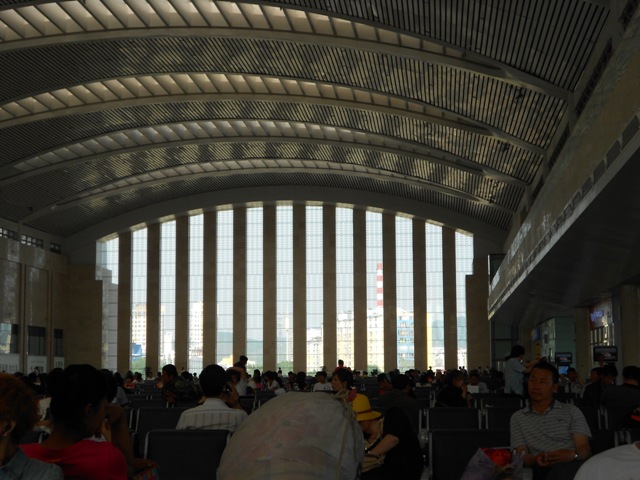