Qingdao, PRC- This is a city that was built from a fortune made on beer. It is a place of fishermen who used to live on the other side of the tracks, but now they are rich as we deplete the seas and charge 188RMB per kilo for flounder. I have had a lot of seafood. The first night we drank a pitcher of beer and had a couple sea chestnuts as well as this fish. 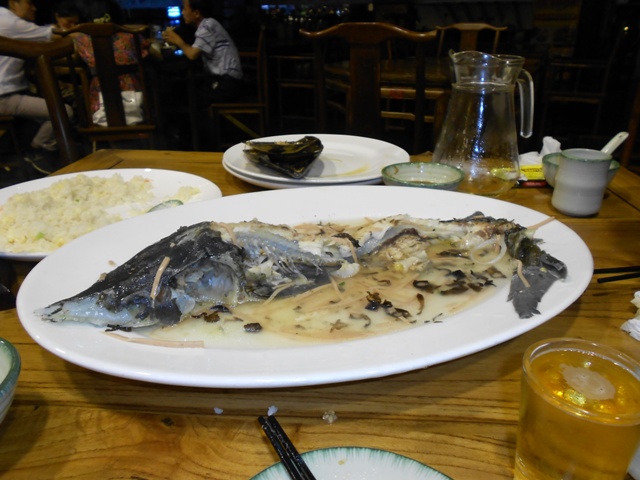 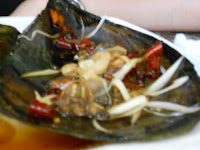 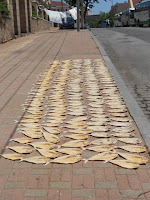 Wandering the streets you see many places where they are drying fish...right on the sidewalk. Make sure you wash your dried fish seems to be the moral of the story. 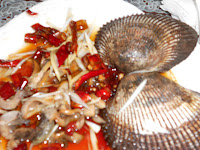 I have enjoyed the beer, which is for sale in its raw or unfiltered form here. Have also had some great fish dumplings and shrimp dishes.

We paid 60RMB to sit under an umbrella at Beach #1 today. Beggars kept coming along to ask for money, but the most startling beggar experience I have had in China was not at the beach but right after getting off the train here. A woman and her three children came up to me and the children started to tug at my clothing. It was tragic and sad. 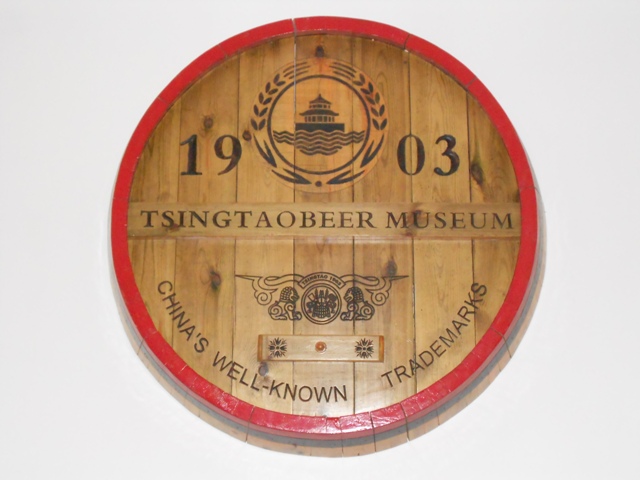 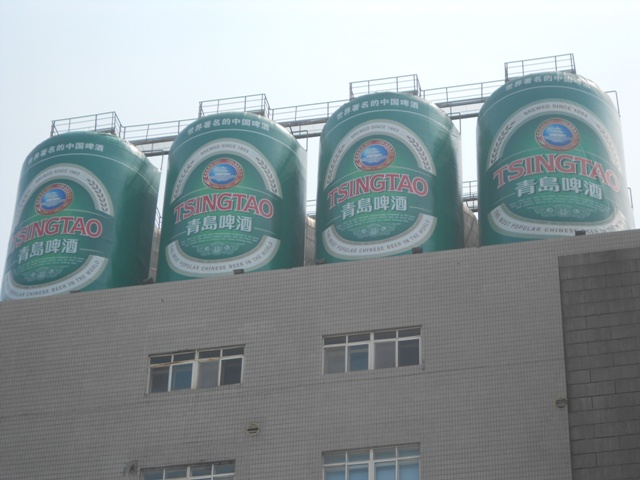 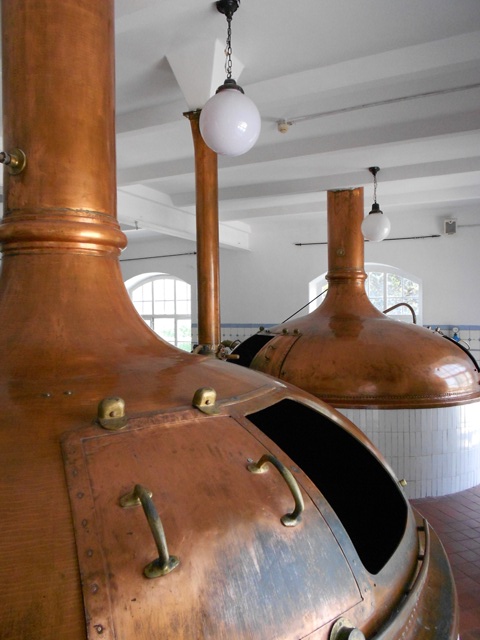 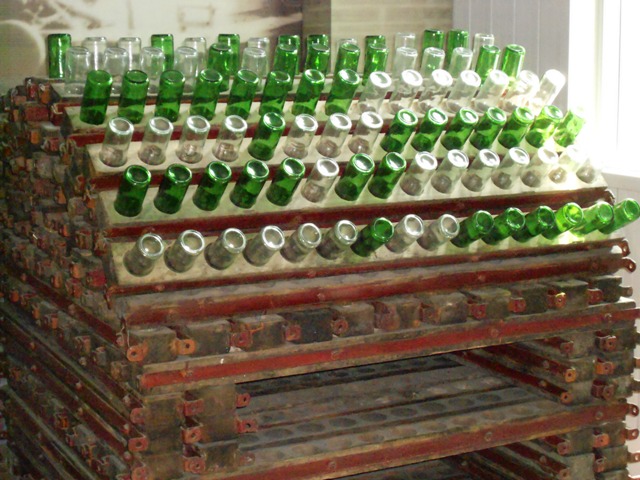 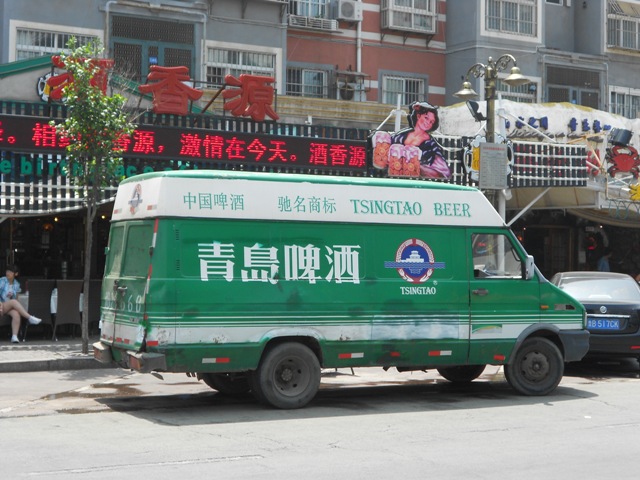 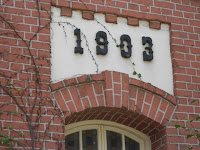 The brewery was founded on August 15, 1903 as the Germania-Brauerei (Germania Brewery) with a paid-in capital of 400,000 Mexican silver dollars.

Originally, Tsingtao Beer was brewed in accordance with the German Reinheitsgebot ('Purity Law') of 1516, therefore the only ingredients that were used were water, barley, and hops. This German law is the oldest food safety law in the world still enforced. However, after privatization the recipe changed; like many other beers made in China, Tsingtao Beer contains a proportion of rice (less-expensive) as an adjunct in the mash.

There was a lot of general history about beer and the process of making it.You could see hops growing and there were life-size dioramas of men malting the barley.

The company has made a commitment to environmental stewardship and had this awesome sign: 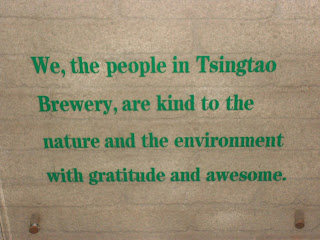 Beer was also declared a health food in 1972. Who knew? 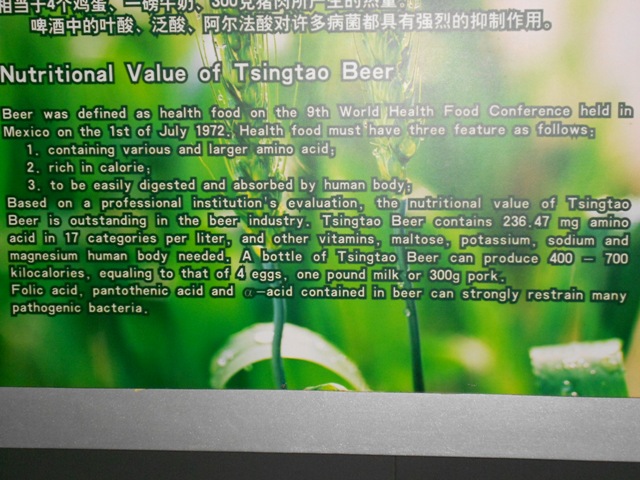 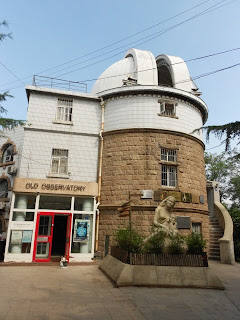 I am staying at a youth hostel called The Old Observatory. The rooms smell like the mold that is growing on the ceiling, but the air-conditioner works and so does the TV so I have caught some of China's Olympic glory, as reported by CCTV. Just watched Zhang and Wang vs. the Germans in ping-pong. They pretend like they sometimes sell stamps at the front counter, but I suspect it is a ruse. My room is right across from the dorm room with bunk beds and is the first one you get to on the first floor after checking in so it's a bit noisy. There was a verbal fight late last night between a man and woman.

The roof deck is wonderful despite the plywood decor on the inside. The parasols hang up-side down as protection from the punishing sun (my forearms got quite burnt in just a couple hours) and water dribbles down the skylights in a continuous fountain. 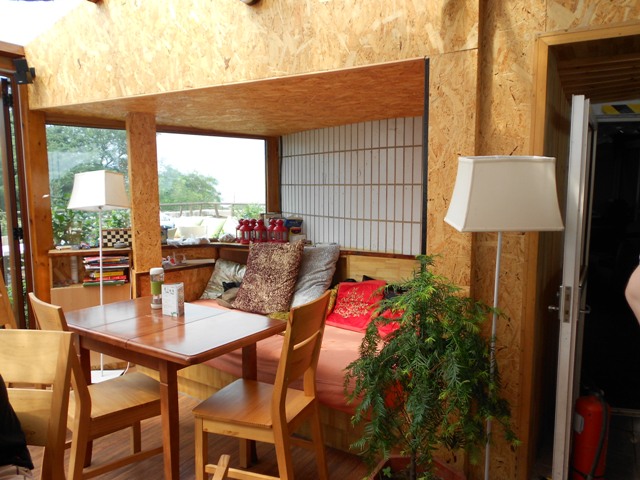 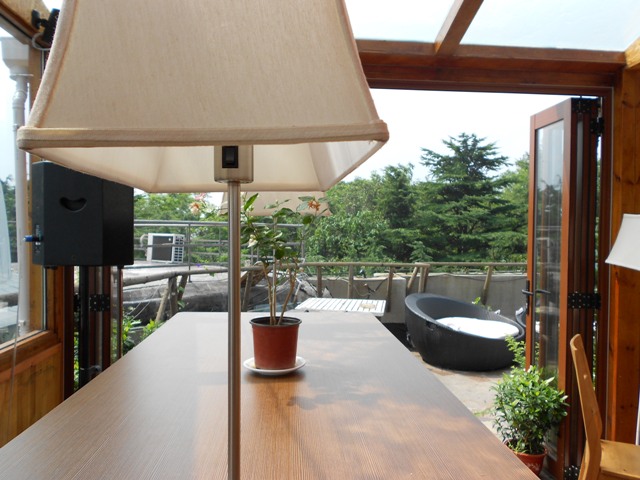 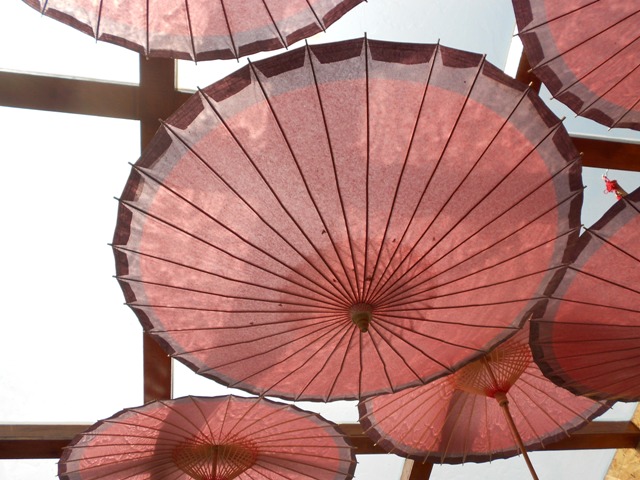