I would slide into some Aligherian circle of Hell if I were to equate the meal that I ate tonight with an orgasm and it would be vulgar, as well as inadequate to describe it that way, so I shall avoid the metaphor altogether, but there is something obscene, perhaps, about ordering the prix fixe gourmet menu in the hometown of St. Francis of Assisi. Nevertheless, I went "all out" and bought the whole shebang, plus the three paired wines--enough to make me experience horrible re-flux on the way home. This was punishment for my gluttony, perhaps.

I settled on Trattoria Pallotta, in part, because that Pallotta also the name of my bed & breakfast. In fact, the primary reason was that upon walking back up the winding switchbacks from the Basilica di San Francesco, I ran into a very rich Shanghai family on a tour with a Chinese guide calling himself "Stephano." I told him my last name was "Lee" and I work in Beijing as an English teacher. The oldest daughter asked me if I knew about "Old Dominion." She will go there next year if she gets in. "Are you interested in history?" "Not really. I will study engineering." We parted in the Piazza del Commune and I hurried back to my inn, Hotel Pallotta, fifty yards up the Via San Rufino, where earlier I had caught the last part of a Mass. (I had already been to Mass earlier at Santa Maria Maggiore at noon in Rome, before my 2:23 PM departure from Termini Station.)

Back at the hotel, I took off my sweater, abandoned my umbrella, sneaked into the darkened office of the hotel manager to locate the password for the WiFi, and commenced to search the Internet for a good restaurant. I kept coming seeing Pallotta Trattoria, where I was fairly sure the Chinese family had reservations. I slipped back down the hill, accepted a seat with my back to a roaring real fire (the draw on the chimney was loud), and examined the menu. There were two married Americans and their crying, five-month old infant and a couple of older Italian couples seated in the front room. The Chinese party was in the back of the restaurant so they did not see their stalker. Yes, I had come here primarily because I figured if they had left their country during the Chinese New Year to come to Rome with grandma and their children, then it was probably a very good place.

Here are some pictures of my meal, taken as each new course was graciously set before me. The service was spectacular. The waiter and waitress both spoke English and the maître d'hôtel, who I suspect was also the owner, could make herself understood. 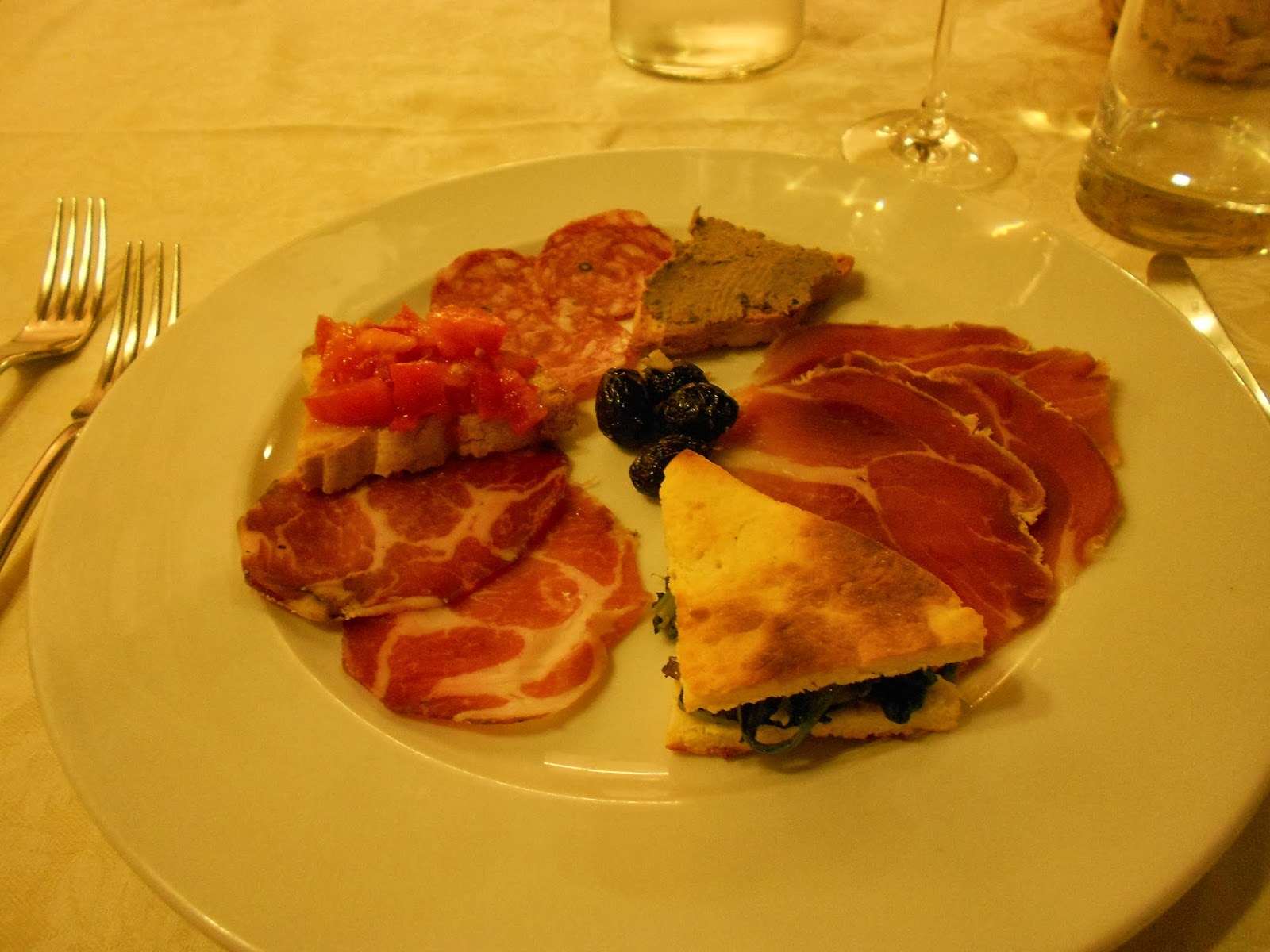 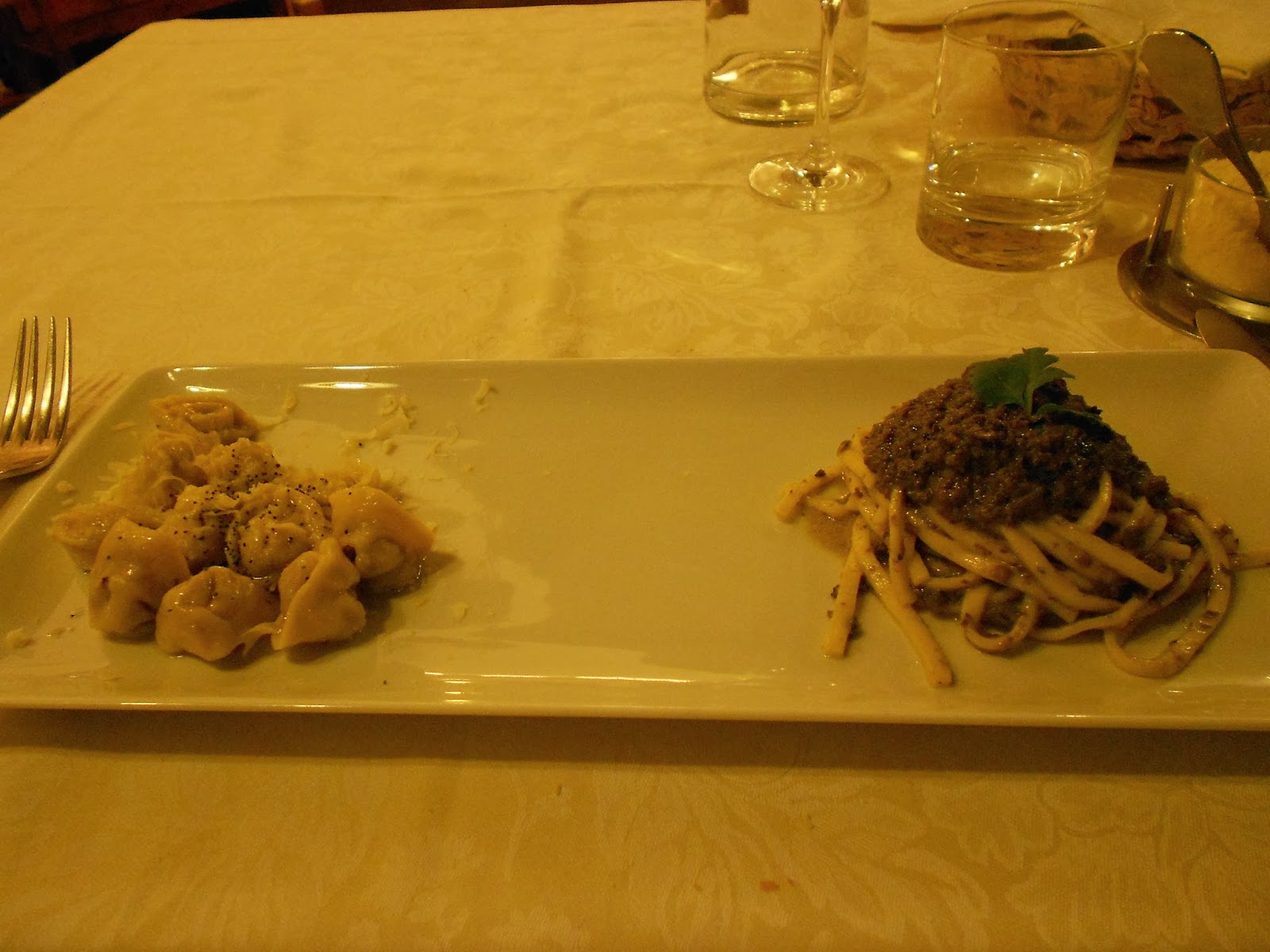 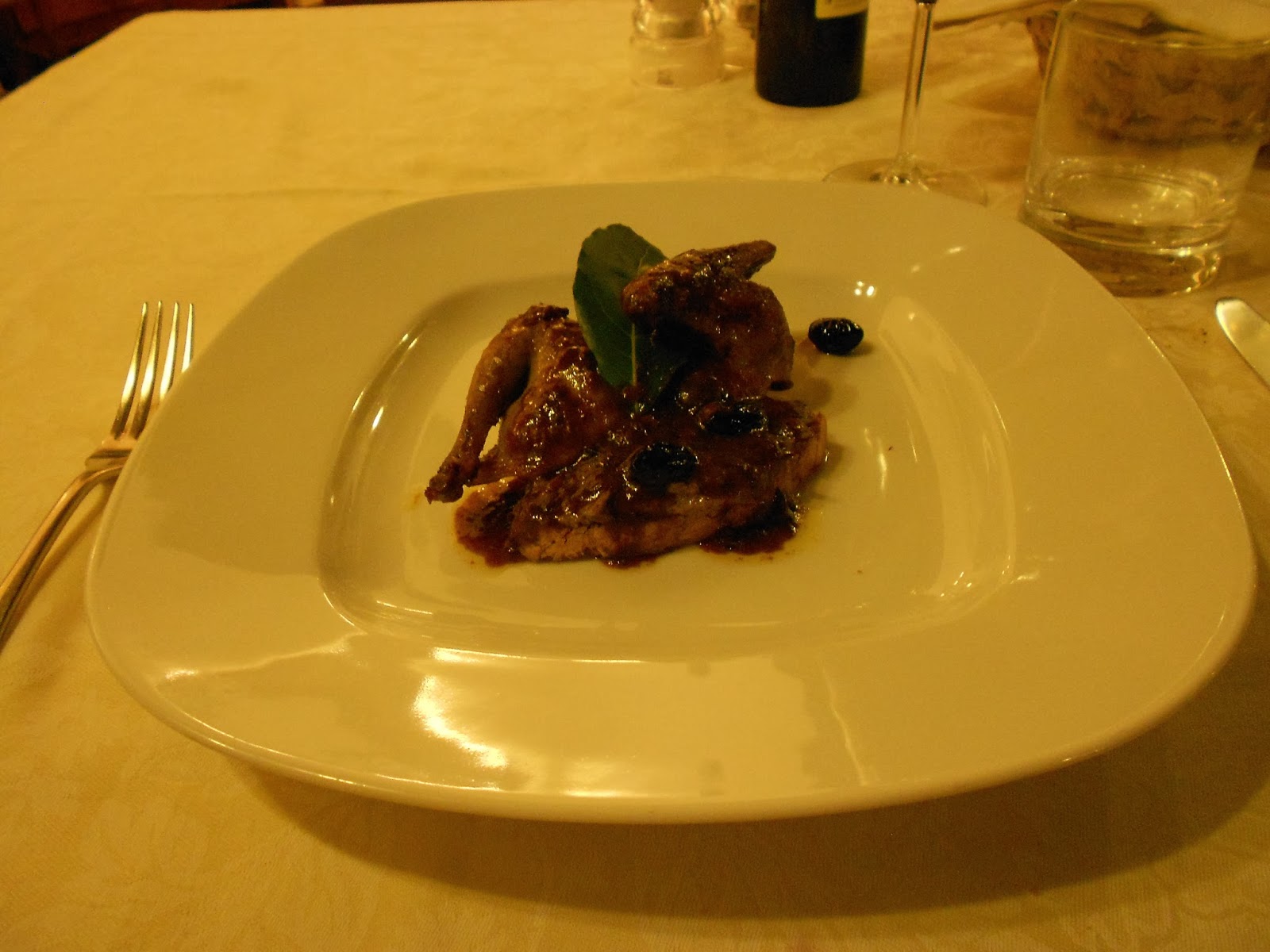 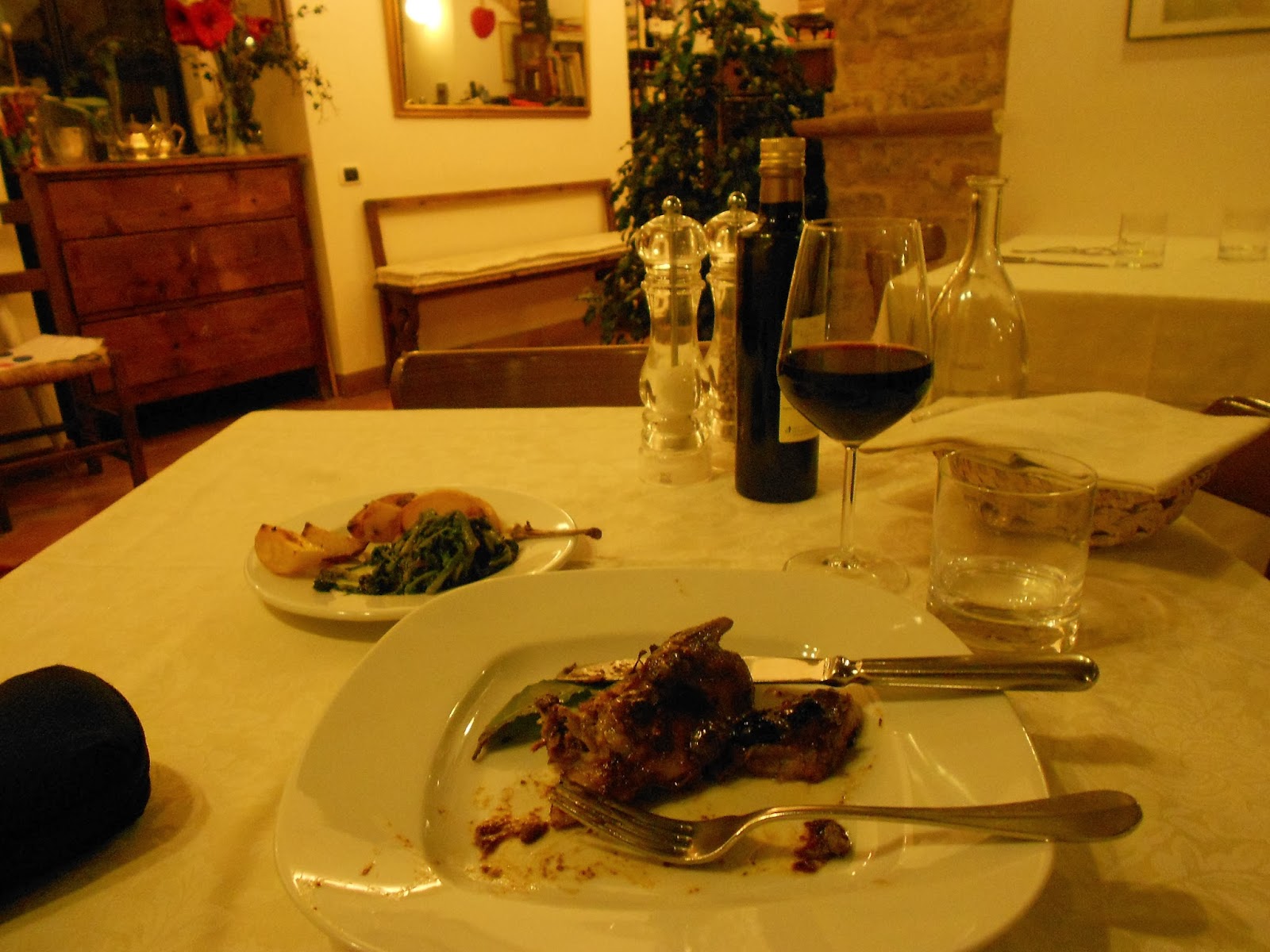 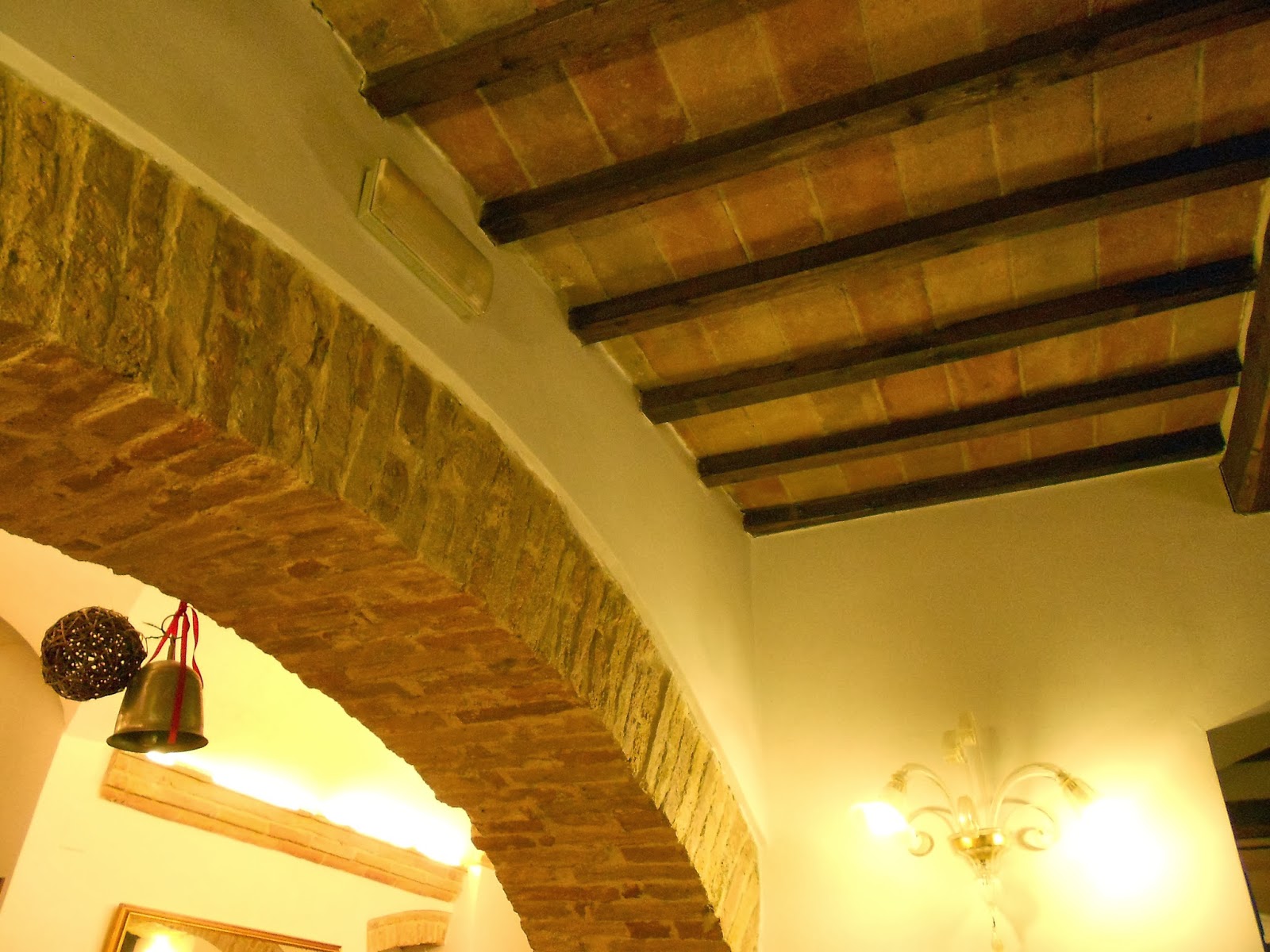 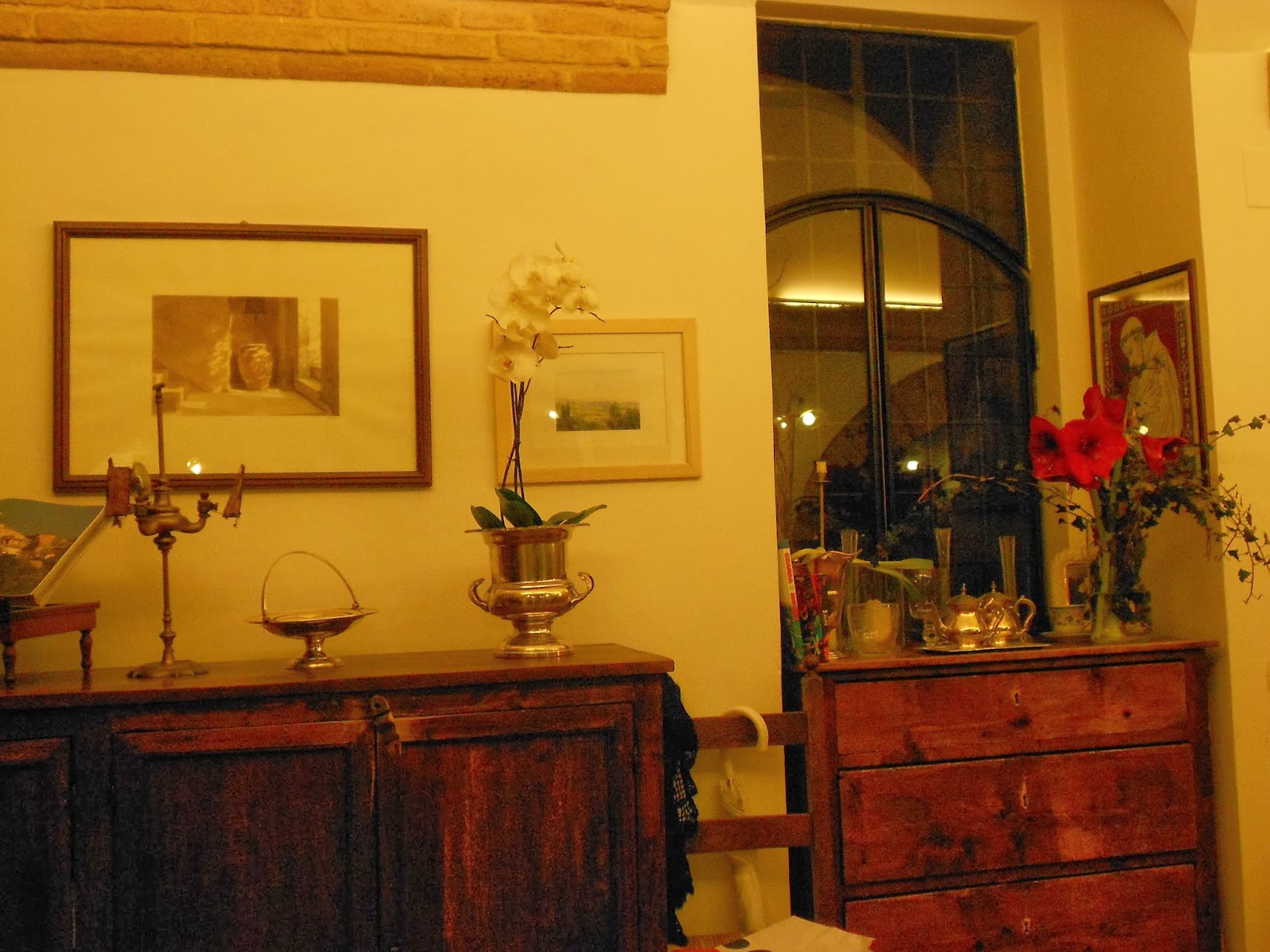 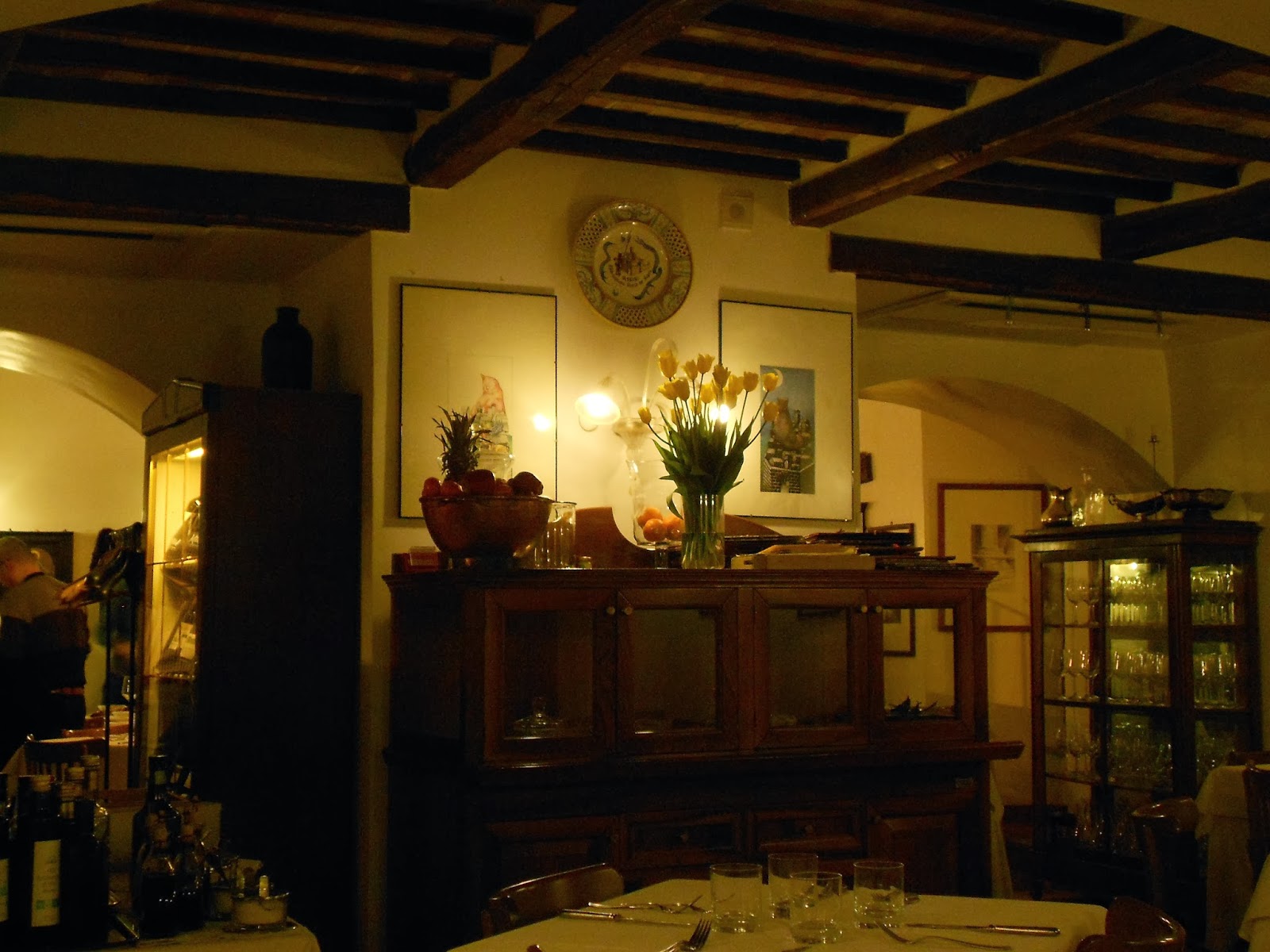 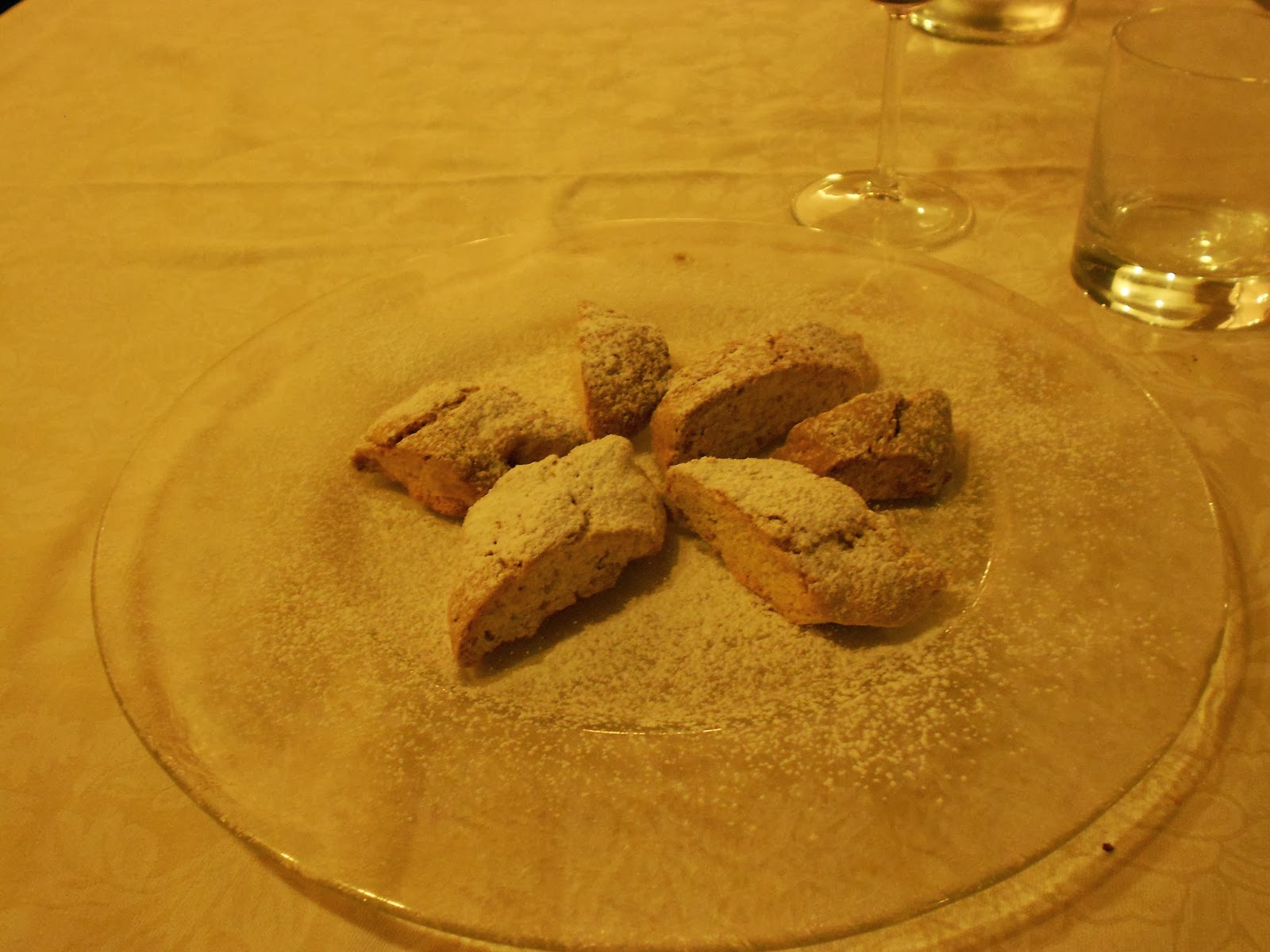 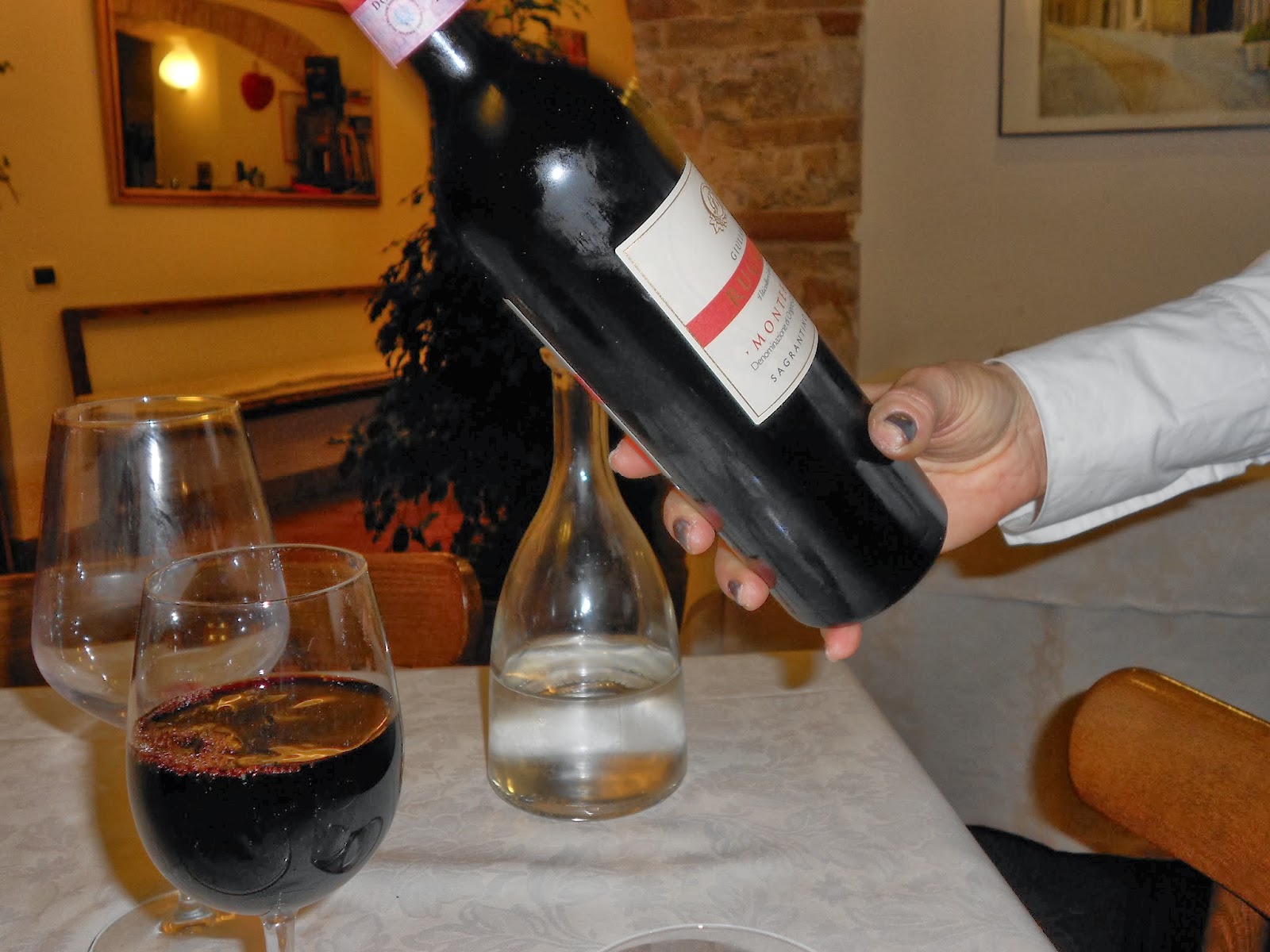 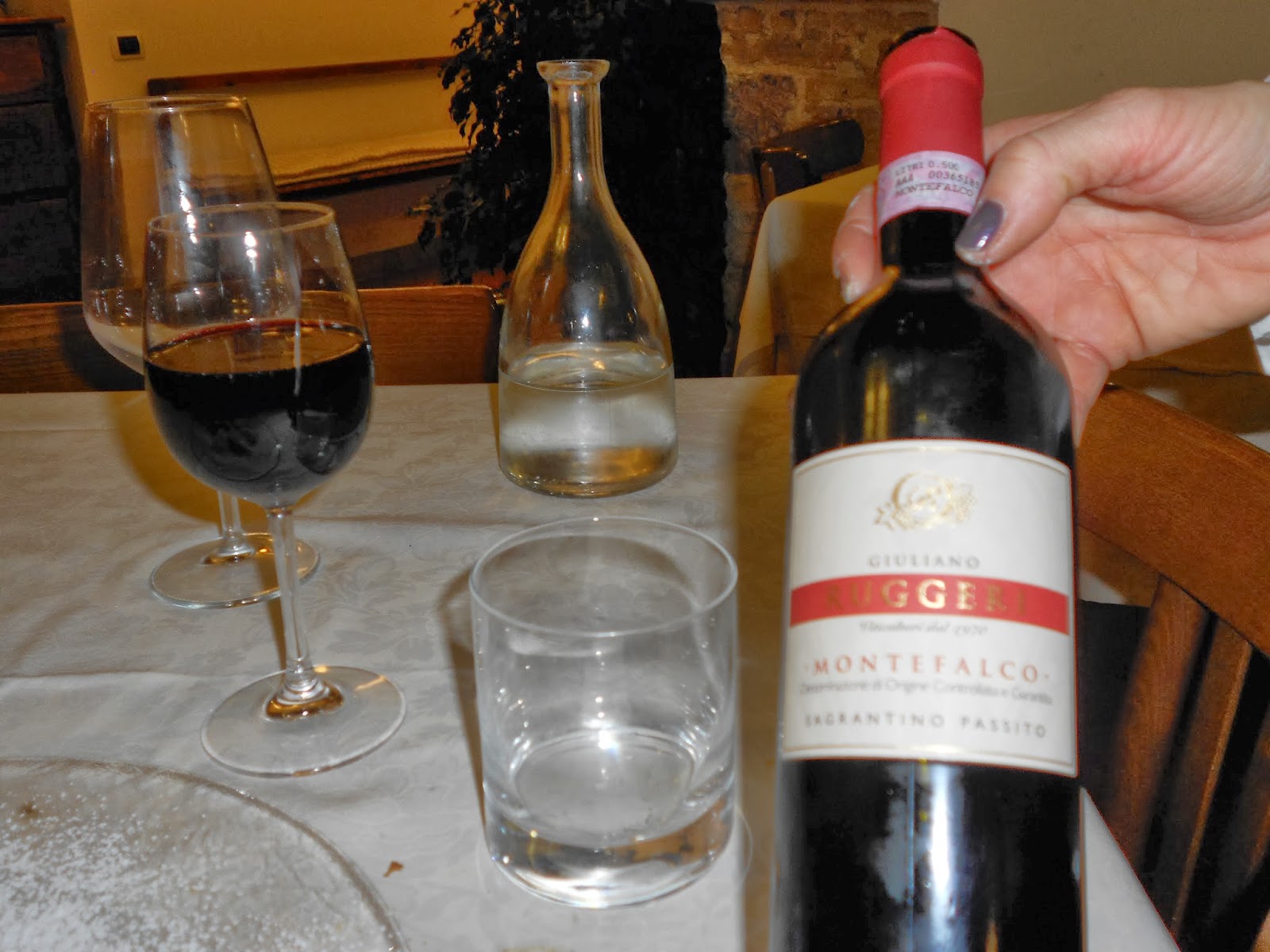 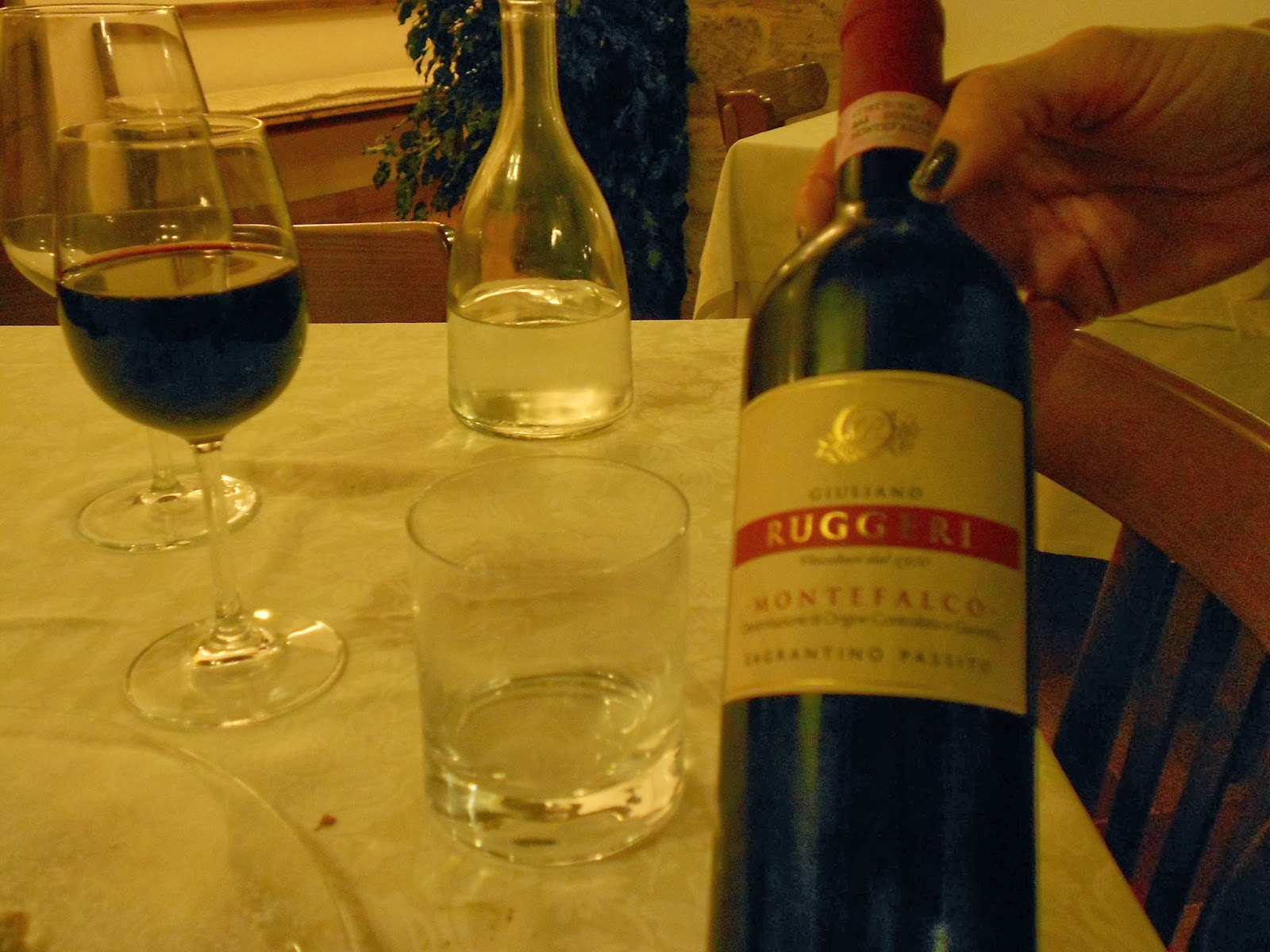 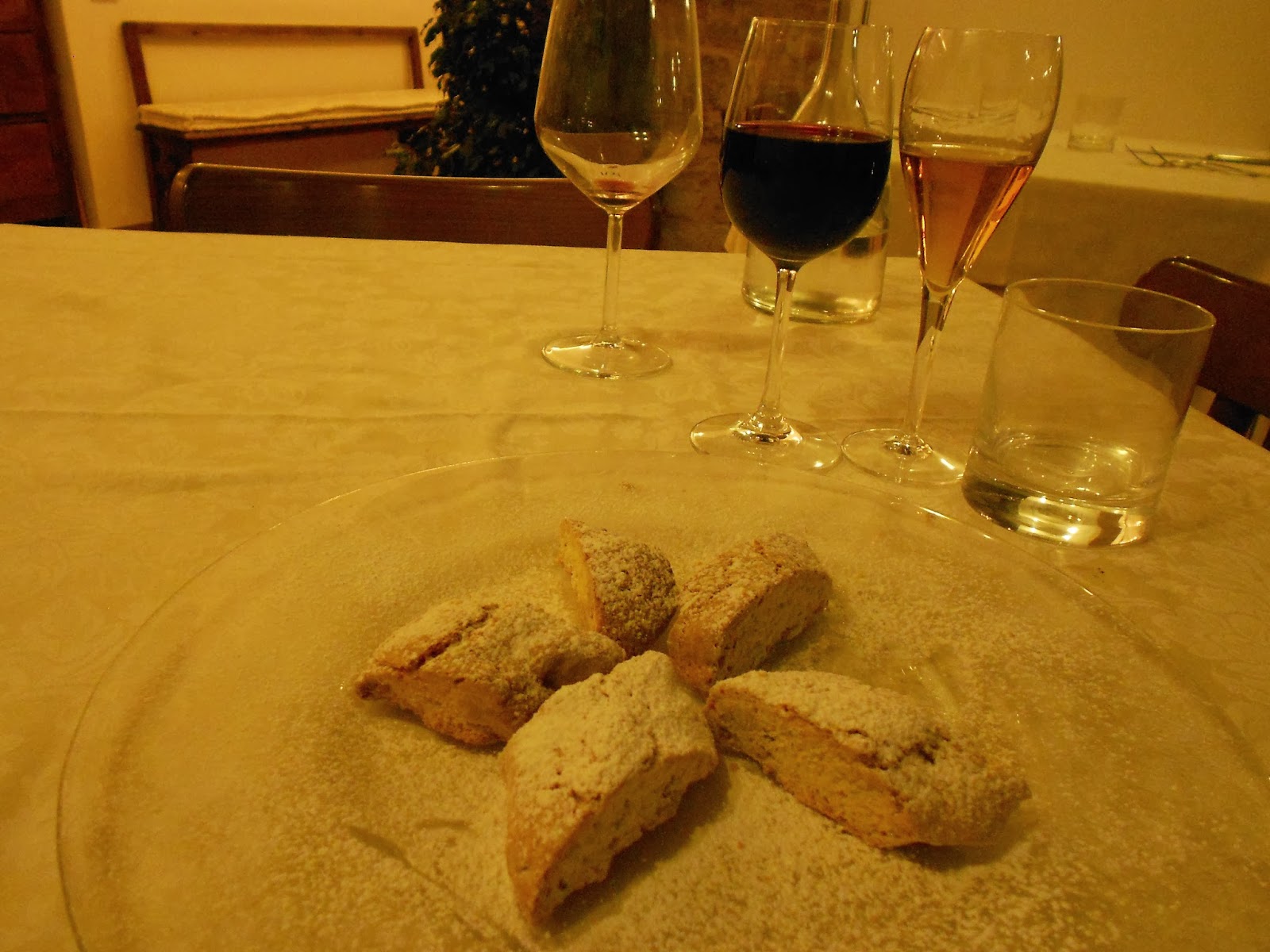 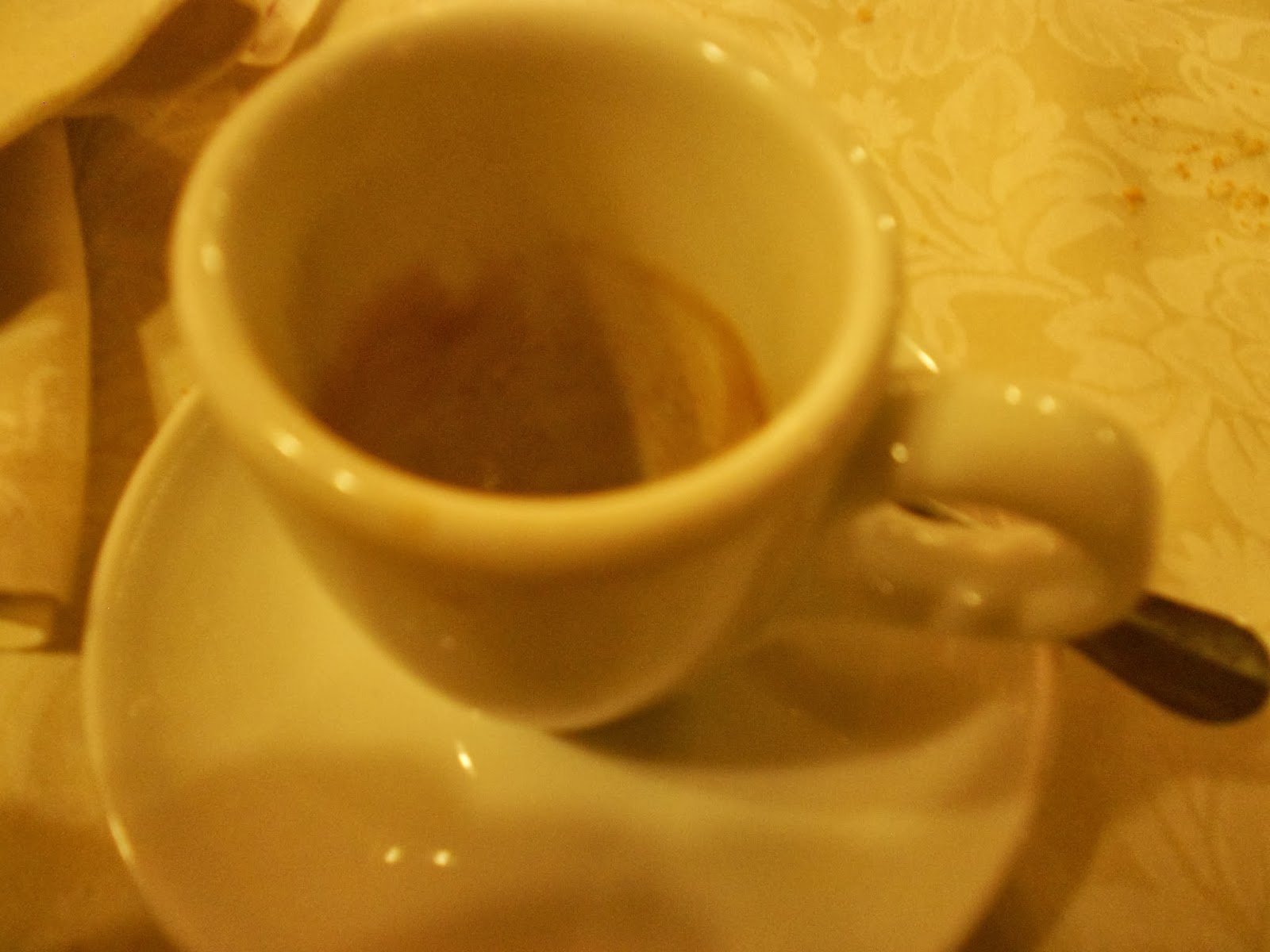