The Decline and Fall of Rome in One Day

On my Kindle is the deathly boring, but widely renowned history published in the same year as the Declaration of Independence by Edward Gibbon, called The History of the Decline and Fall of the Roman Empire. According to good ol' Wikipedia, "The Decline and Fall is known for the quality and irony of its prose, its use of primary sources, and its open criticism of organized religion."

Yesterday, with no sense of irony, I can state that I saw most of the decline and fall of the Roman Empire. It comes mostly in the form of headless bodies and body-less heads. This one was spotted on a post-cheese filled panino emergency break at a closed museum whose gabinetto was fortunately open: 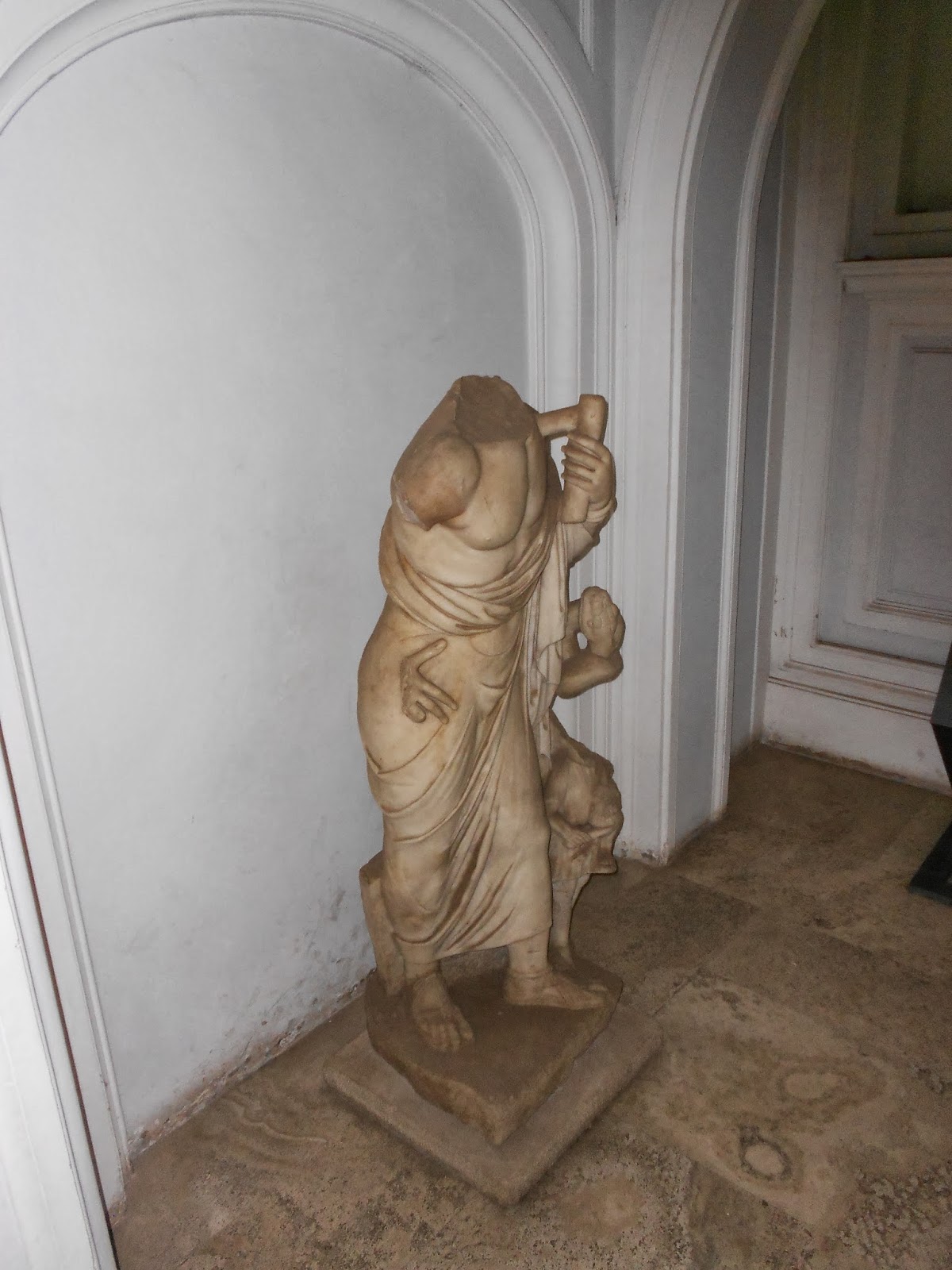 More than a half inch of rain has fallen since I got home last night. Yesterday, too, was a wet one and my chintzy Chinese umbrella was no match for the gusty winds. Nevertheless, I traipsed all over Palatine Hill to see the ruins of the Roman Senate and the temples now in shambles. 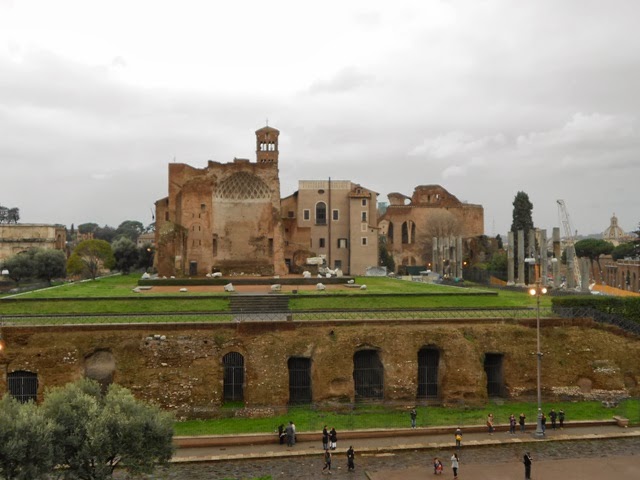 I spent the longest amount of time at the Colosseum where I again, like at the Vatican Museum on the prior day, paid for the audio tour. As you step from the subway station, this is the current view of the Colosseum. Inside, it is possible to imagine what it was like when there was a floor and what it was like with no floor. Thousands of prisoners died here, eaten by animals for fun. It is creepy with the large cross, which the Pope visits every Good Friday as part of a ritualistic tour, to think this was acceptable. I suppose, though, people will look back at our civilization and think that it is creepy that we could be so lonely that we would purchase a gun and blow our brains out in the privacy of our home...or take a gun to school or the theater and lay siege. Each age has its frightening specters and this week, the shortcomings of the present era are weighing heavily on my still un-splattered mind. (I lost a friend to suicide; don't worry about me.) 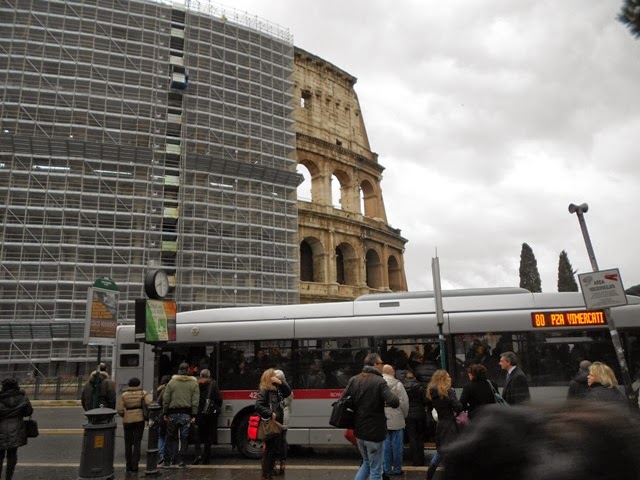 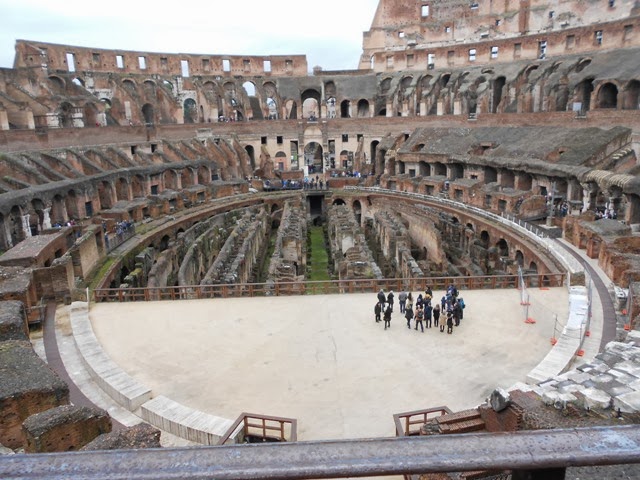 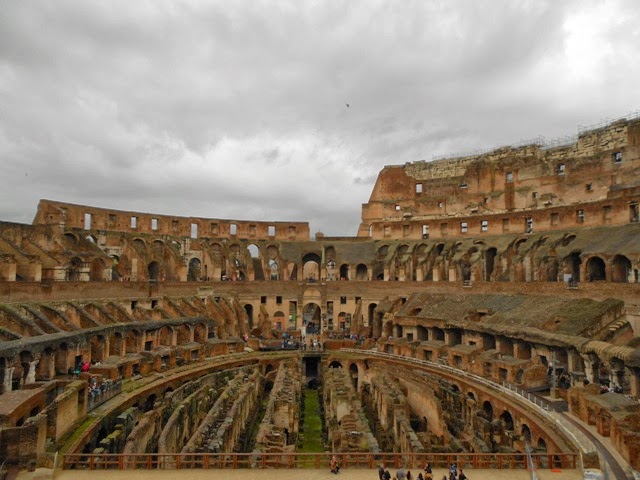 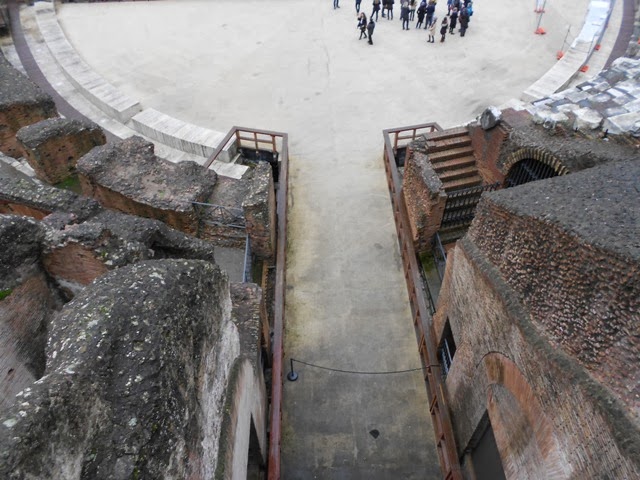 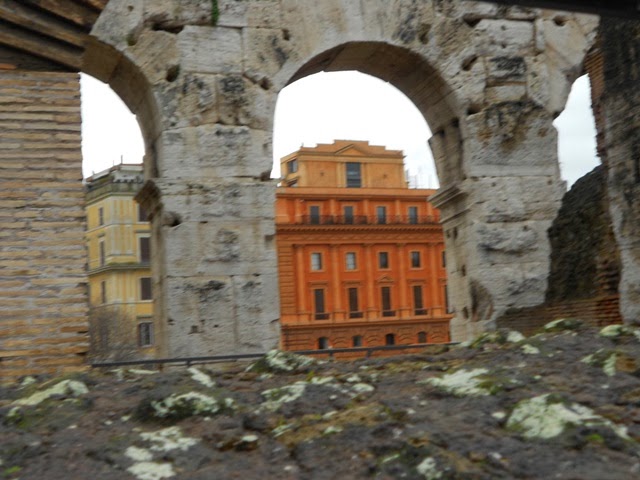 I also went to St. Peter's and up into the cupola (dome). The first image is the brass inscription inlaid upon the floor just inside the main doors, which were not flung open for the public, but I imagine are opened on special occasions. The mosaics inside the cupola and the views from the outside were phenomenal. One had to lean like a tower in Pisa to wend ones way up the narrowest last sections of the staircase. 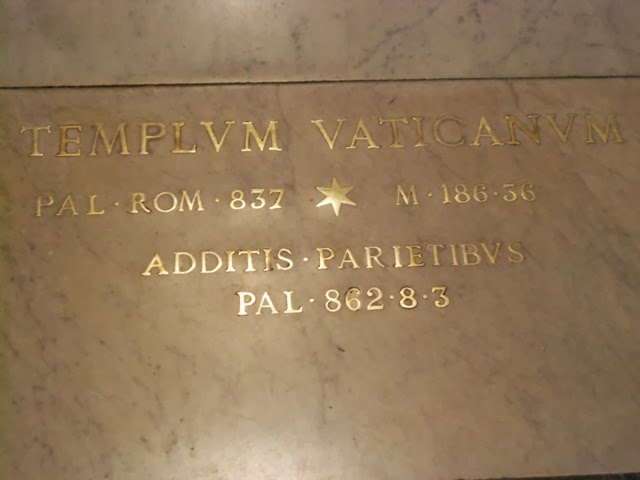 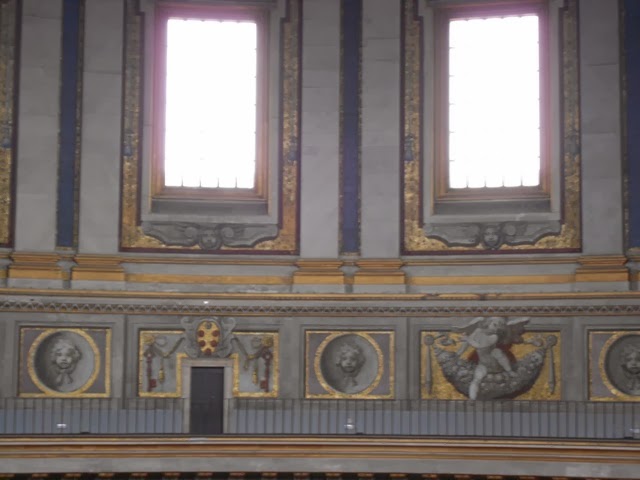 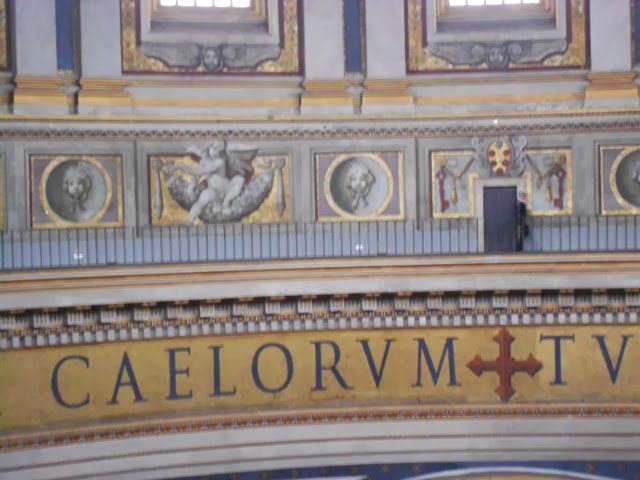 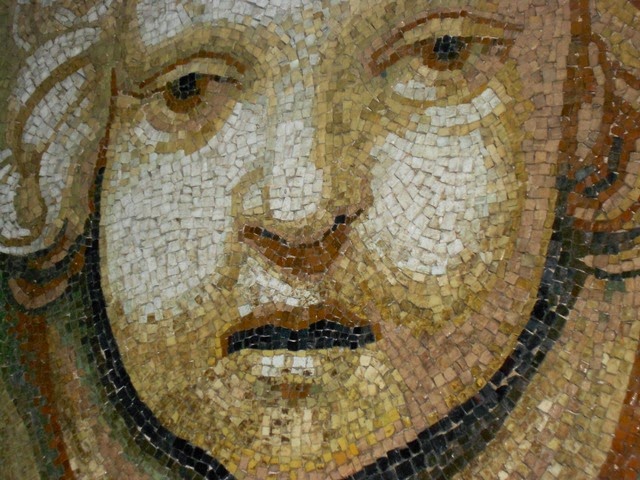 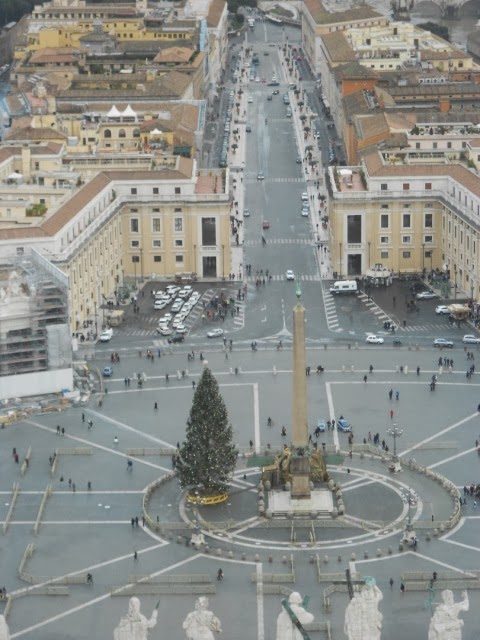 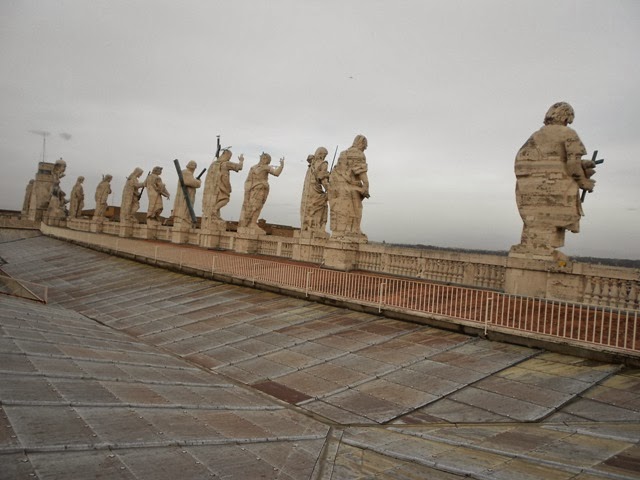 I walked from the Colosseum and Palatine Hill to St. Peter's Basilica through the Piazza Farnese, where I had my most expensive meal of the trip, a Gorgonzola and mushroom risotto with wine and sparkling water, at Tom Cornell's recommended stop, Ar Galletto.

I could not find my way into the Church of Santa Maria of Trastevere. (Trastevere means on the other side of the Tiber, or "across the river".) But in order to cross from the area of my exquisite luncheon, I had to choose a bridge.

I chose the Ponte Sisto, a footbridge that connects Via del Pettinari in the Rione of Regola to Piazza Trilussa in Trastevere. One of the most interesting little blurbs I read was about this bridge. The Romans know when the river is flooding when water passes through the hole in the middle.